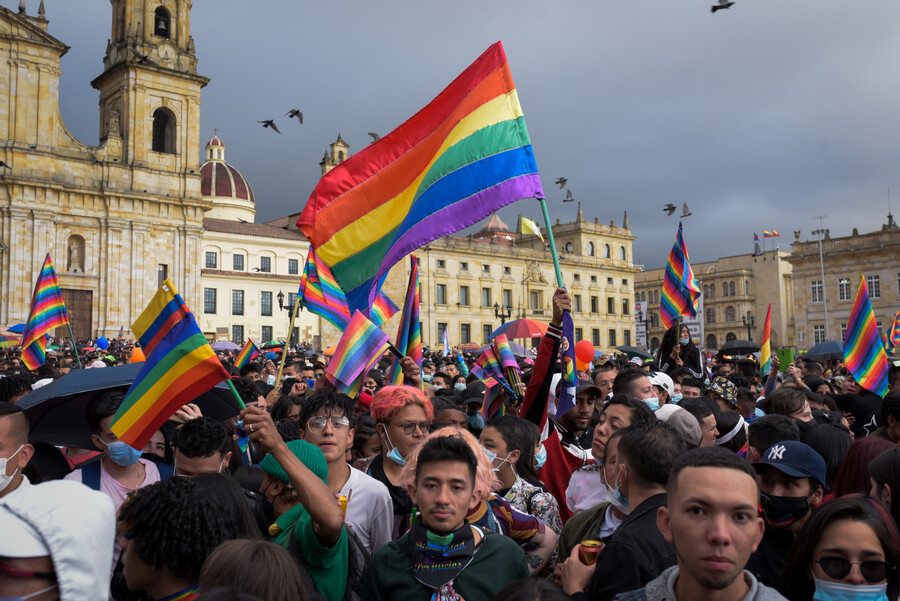 The streets of Bogotá have already begun to dress in the characteristic colors of the flag of diversity. This Sunday, July 3, the citizens went out to march for LGBT+ Pride Day and the Mayor’s Office and the District Planning Secretariat arranged a series of spaces to accompany the demonstration. In addition, four decades are commemorated since the first mobilization that took place in the capital.

The day began at 12:30 in the National Park and from 2 in the afternoon the citizens mobilized for the Seventh race with banners, batucadas, harangues and cultural displays. In the Plaza de Bolívar, the commemoration will end with a show by the Monsieur Periné band.

For her part, the mayor Claudia López, gave a message on her social networks, remembering that she is also part of the community. “Today our city is dressed in all colors to commemorate years of fighting for equality, for love, without labels and for diversity, we are going to celebrate #Bogotá Pride!” the local president wrote on Twitter.

he streets of Bogotá have already begun to dress in the characteristic colors of the flag of diversity.

It may interest you: Why is gay pride day celebrated and since when has it been going on in Colombia?

This is how the LGBT + Pride march goes 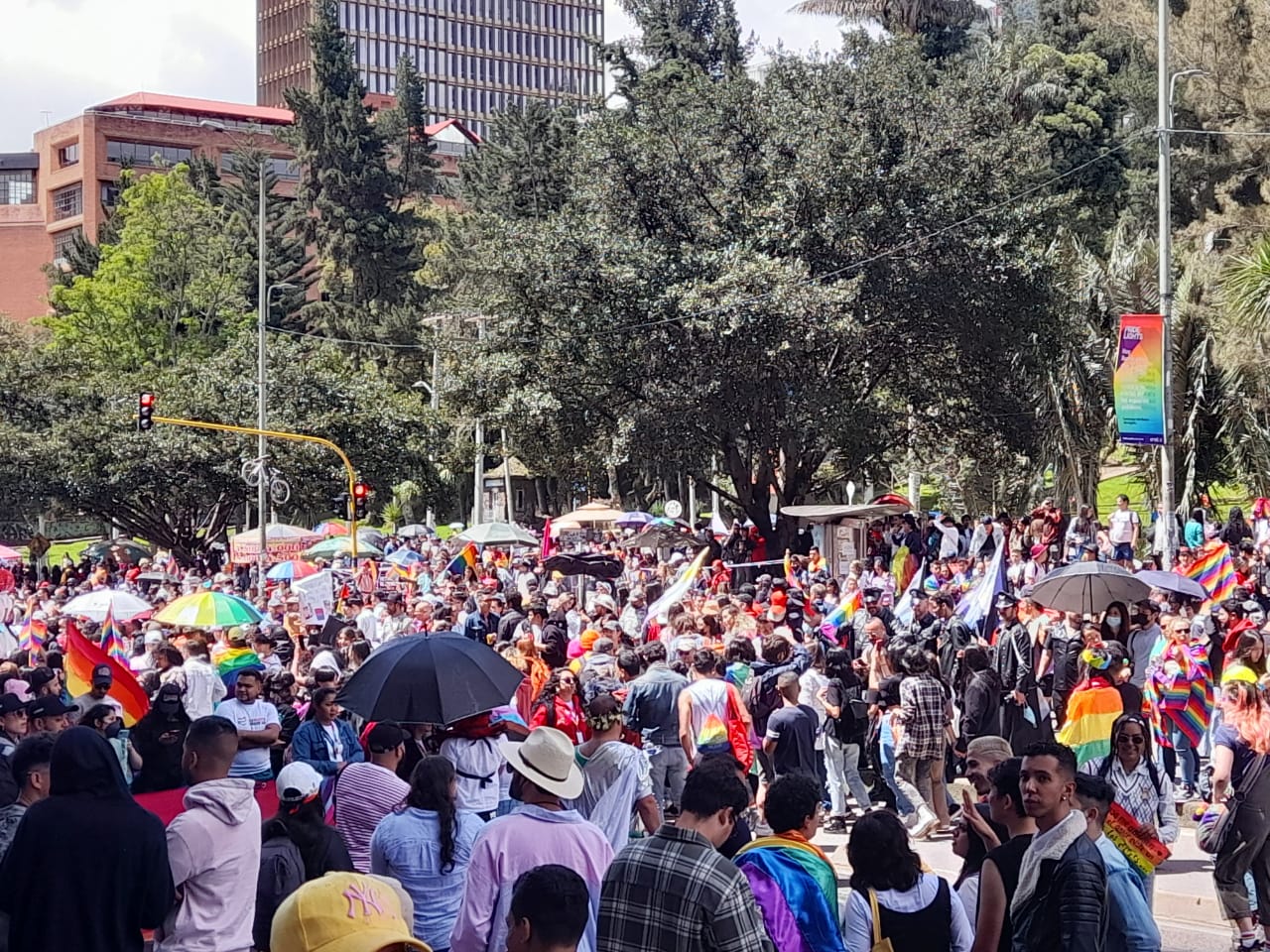 During the march, officials from the Mayor’s Office have accompanied the tour. In fact, the mobilization is part of the Equality Festival, which will be in force until July 16 and includes sports, academic and cultural activities.

“This is an opportunity for us to recognize their struggles, the path traveled, the achievements obtained and at the same time, continue working for future achievements,” said David Alonzo, director of Sexual Diversity of the District Planning Secretariat. 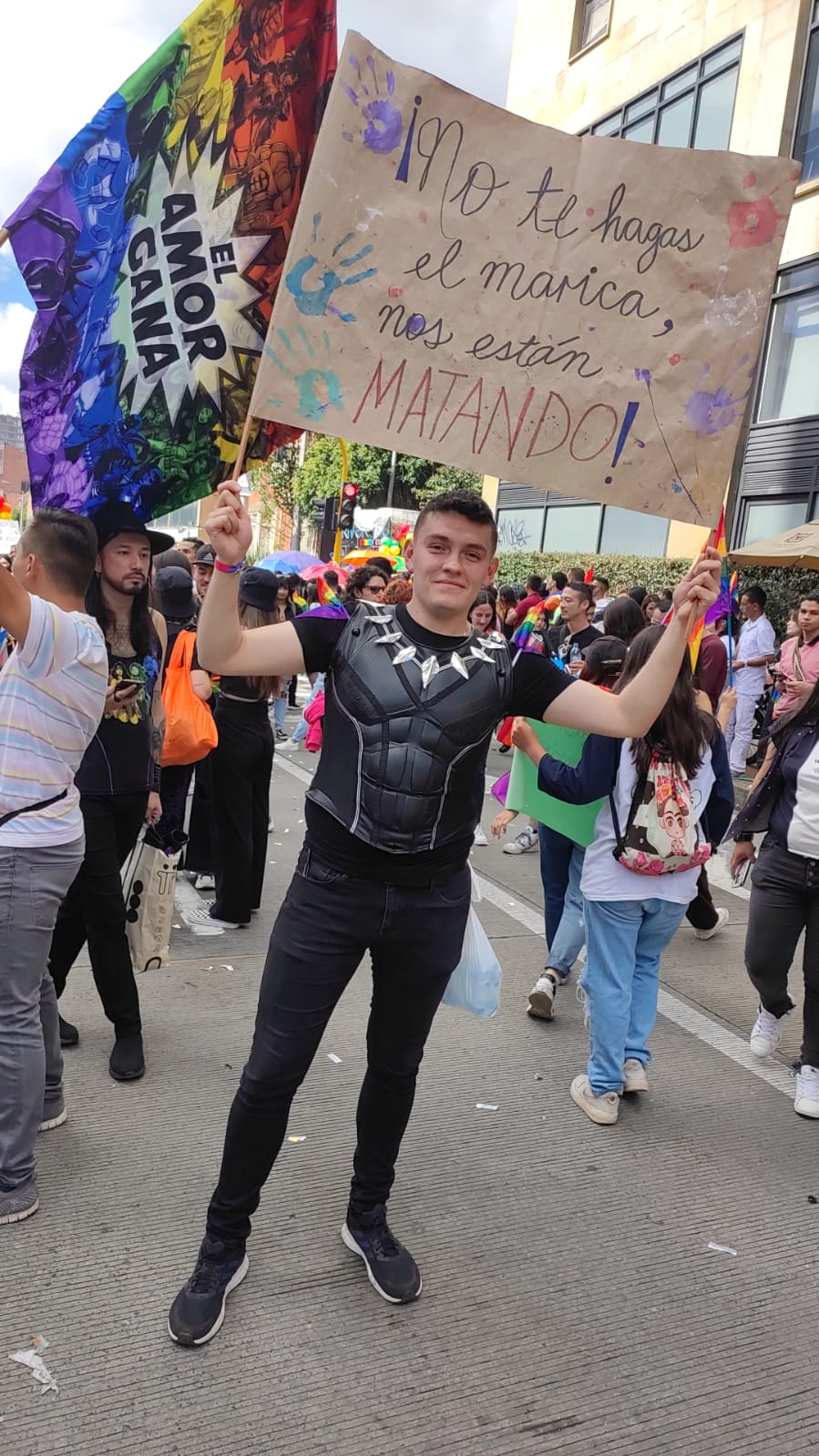 During the demonstration, on several banners they have denounced the constant struggle to guarantee their rights to equality and non-discrimination. One of the signs reads: “Don’t play the fag, they are killing us.” The statements of the community are supported by the figures provided by the Ombudsman’s Office. So far in 2022, 33 people from the community have been murdered, while 47 homicides were reported the previous year.

A report from the Ombudsman indicated that in the last 18 months, 48 ​​transgender women were murdered, some victims of femicide, others in circumstances of cruelty and cruelty; 27 gay men, of which 11 happened in the department of Antioquia this year, and four lesbian women and one bisexual man.