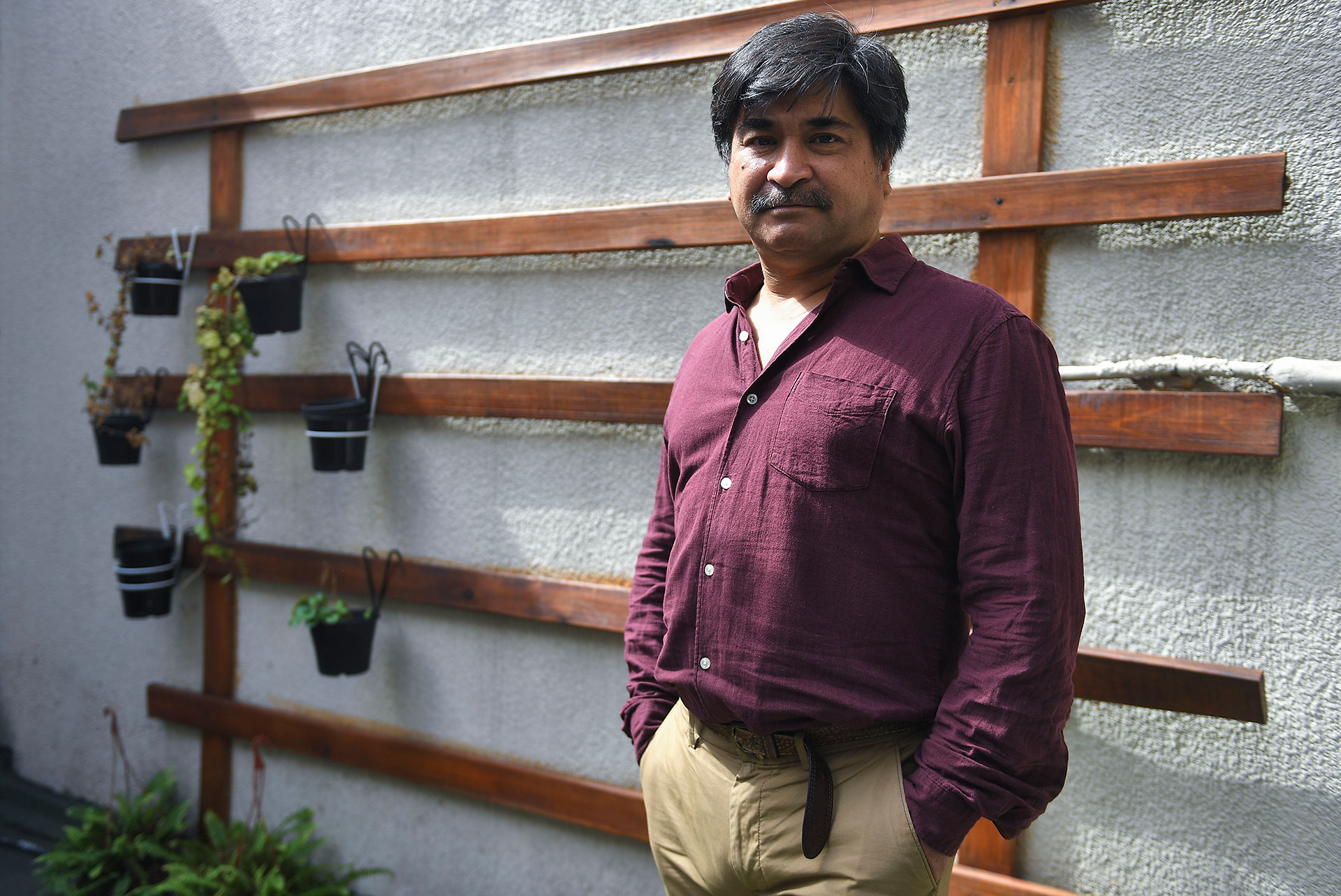 In The intimacy of the islandsthe Argentine journalist and writer Gustavo Ng takes up and strengthens some of the themes that he covered in his previous book autumn butterfly: paternity, the search for origin, identity and life itself turned into literature, but he chooses to do it in a succession of island landscapes that not only constitute the setting where the story unfolds, but are also metaphors of the isolation they go through characters.

The novel edited by El Bien del Sauce goes through various times and spaces: the narrator’s adolescence in San Nicolás, a visit to his son in Scotland, a journey in search of his father’s origins in China and the present of writing in an island of the Tigre Delta. The protagonist’s search for identity is structured in this triangle, who seeks to assume the condition of his son and at the same time the father of older children, who no longer need his care.

“Perhaps, nothing is because in the world of a man who has only reached 60 years. Everything ends up being the product of an informed decision. At this age, everything is ritual”, reflects the narrator, while he strings together the memories of him.

The author talked about the search for the origin and the need to find a connection between parents and children.

– The narrator is a character who was born in San Nicolás, but has a father of Chinese origin and travels in search of that story. There is a concern for identity…

– Yes. I am fascinated by the construction that people make when we look for identity in the origin, when we look for who we are by looking at people, at the places where our ancestors come from. It seems like an adventure that makes a lot of sense. It is clear that the past is a construction. The past exists but it does not exist if one does not remember it and every time one remembers it one reconstructs it.

– In your case, that past is the result of a search that is also documented in the text…

– Yes. And it had two characteristics: the first is that my origin is exotic. It is related to the East. And the other is that my father didn’t tell me anything and that intrigued me even more. He didn’t bequeath that origin to me, so that’s a fire that I had to steal from my dad.

– There is also the transmission of that legacy in the subject of fatherhood that is very strong in the book. I’d say that’s the main issue…

– For me it is very important to give that legacy to my children. I work on this issue of being a dad. Somehow I have to get my dad out of there to give it to my children.

– You describe it as a cycle…

– Of course. This ends up closing me down when I go to see my second son in Scotland and realize I don’t have to raise him anymore. I was worried that he was okay and he left me completely disoriented. It was an unnecessary cruelty because I kept seeing him as the boy I took to the mountain in my backpack. 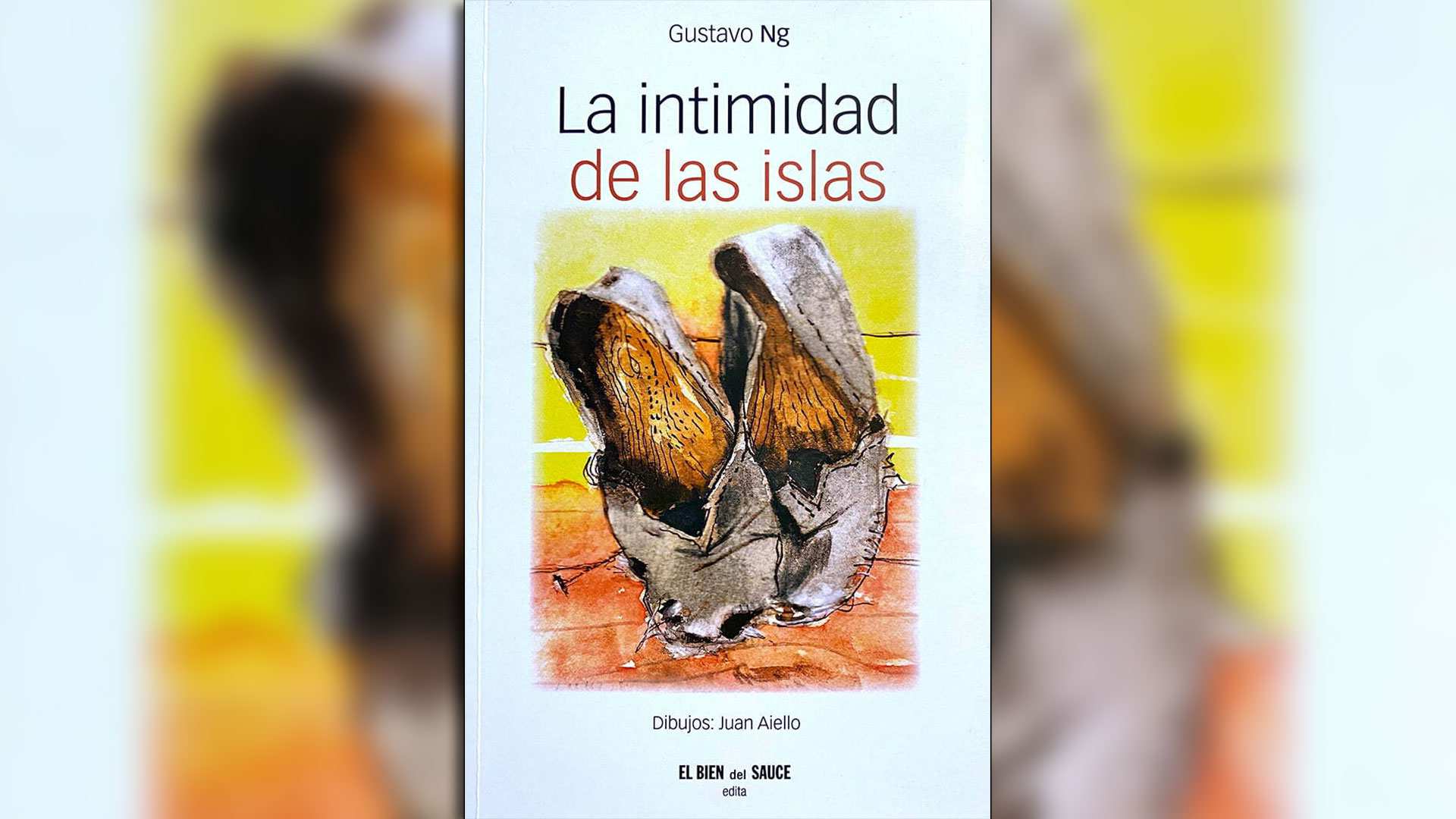 “The book belongs to Camilo,” says Ng in relation to the publisher Camilo Sánchez.

– The issue of origin also calls into question the language, because the protagonist speaks Chinese, but also Spanish. He travels to Edinburgh and has dialogues in English and there is also the character of the priest who is almost like a father to him and is his English teacher.

– I think the issue is the search for an understanding with the father. Because it is about two people and two different worlds. It happens with the father but also with the priest and every time one meets someone from another culture. Those moments reflect the difficulties one has in understanding one another. That search for a common language. There is a huge isolation. They are two islands full of love for each other, and perhaps they are not able to communicate, to say what they feel.

– In music we find a point of connection. It is a base that breaks the insulation. There is the connection of father and son with the songs of Luca Prodan. That same contact with foreigners through his lyrics. The point of contact with the Irish priest by the Beatles.

– Each fragment of the text is accompanied by illustrations by Juan Aiello. How was the process of complementing the image and the words?

– With Juan we were friends in San Nicolás. We stopped seeing each other for many years and when we did it again we had a total convergence. When I handed him my texts to read, he returned them illustrated with those incredible drawings, which expressed what he wanted to say better than I did. Then the other one who intervenes is Camilo Sánchez, the editor of El Bien del Sauce, who was the one who made the decision to make the book with my texts and Juan’s drawings. The book belongs to Camilo, only the texts are mine. Hence the importance of the figure of the editor in literature. Camilo even chose the texts that make up the book. Some are over 25 years old, they are souvenirs. Together we read the set of texts more than six times and he made me rewrite several to enhance a certain aspect. The text is mine but the novel belongs to Camilo. I don’t believe in author fetishism. In my opinion, the book is a cooperative enterprise, but there is a lot of vanity in the publishing field.

– You tell things that are related to your biography, did you decide to travel the field of autofiction?

– I do not make a big difference between fiction and non-fiction. I missed the difference. I keep it in my work as a journalist, but when I write it is about what happened to me. I think that these things that happened to me and if I don’t write them down, those things are left floating and lost. They remain as in a dream, in a kind of unreality. If I don’t write down the things that happen to me, it’s as if they hadn’t happened.

I write to become fully aware of things. But when I do, I have the freedom to tell. I feel no obligation to stick to the facts in a journalistic or judicial manner. I narrate things as they come to me, as if I were following the rabbit of Alice in Wonderland. What happens to me is that when I read what I have written, I feel that the truth is there, the record of what happened.

– In the construction of the past and the present there is a very strong presence of the landscape. Childhood in San Nicolás, the present in the Delta del Tigre and the trip to Edinburgh.

– Some of the stories take place across islands. The islands in front of San Nicolás, those of the Paraná Delta and the story ends on one of the islands of Scotland. I think that the islands give me a great feeling of intimacy. They are a suitable place for that search for rapprochement with the father, with another and with oneself. In fact, the story of Juancito takes place on an island, who is left alone and ends up finding the friendship of a dog.

– There is an unavoidable theme due to the visit to Scotland and due to your age, which is the Malvinas War, which appears in the dialogue with the Scots. You expect them to hate you for the background of the war and they don’t…

– Of course. I could have died on the islands but I was saved because I asked for an extension of my military service because I was finishing high school in the United States. That saved me from going to war. And the anecdote that I tell is true, the Scots during my trip differed from England and they were clear that we did not fight against them. In the book also the Irish priest is angry against the English.

♦ Born in San Nicolás, Argentina, in 1962. He is a journalist and studied anthropology at the University of Buenos Aires.

♦ He was a correspondent in Latin America for Japanese media such as The Yomiuri Shimbún, NHK and Fuji TV.

♦ In 2011 he founded Dang Dai, a magazine, internet portal and radio program (with the name De acá a la China) dedicated to cultural, economic, scientific, educational and political exchange between Argentina and China.

♦ He is the author of Everything you need to know about China, The intimacy of the islands y autumn butterfly.