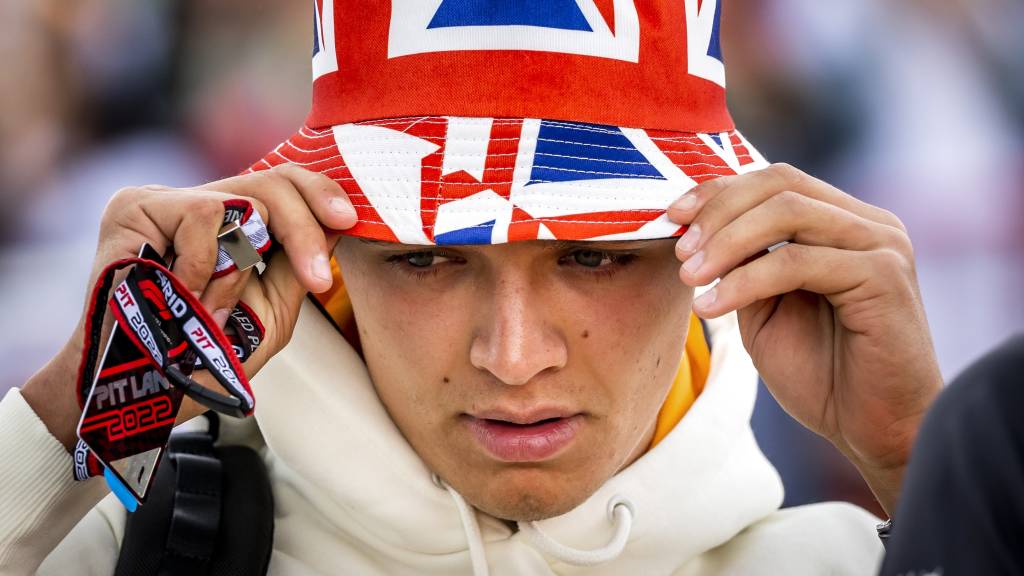 ‘The home of British motor racing’. The text is visible when you enter the Silverstone circuit. Whoever you speak to – fans, journalists and public figures – everyone agrees that Formula 1 is coming home this weekend.

In this iconic race, Max Verstappen is chasing his seventh victory of the season at 4 p.m. He does not have to count on much support from the stands; here the close to 400,000 spectators spread over the entire weekend, almost all of them cheer for their British heroes: Lewis Hamilton, Lando Norris and George Russell.

The race will hopefully be a spectacular finale to a festive weekend for the racing enthusiasts present. The Silverstone Grand Prix is ​​’much more than a race’; with live performances by big names, a campsite with thousands of tents and an excellent atmosphere despite the poor weather. It has been a real festival here for days. 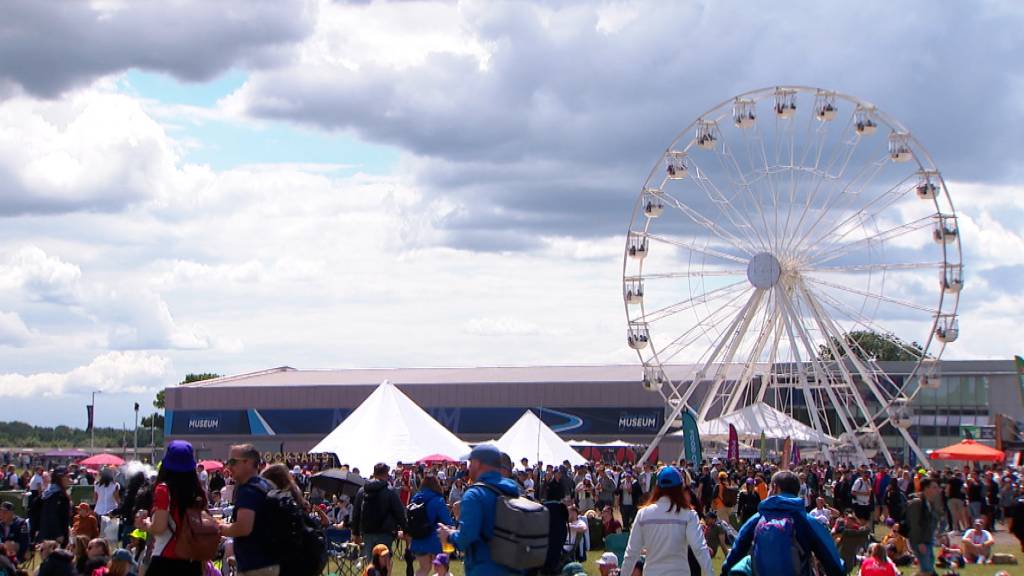 “Formula 1 is a sport that was born here. Silverstone is the home of F1,” said a McLaren fan at the festival site. “The atmosphere is really great. Lots of bars, acts and a performance every night.”

“It’s hard for me to put into words why I love this place so much,” says Rebecca, with purple-blue hair, yellow nails with ‘LH’ on them and a #44 shirt with an obvious Hamilton fan. “It’s the atmosphere, meeting other fans and seeing your idols. It’s very expensive, but it’s all worth it.”

A weekend in Silverstone is indeed not cheap. For three days of Formula 1 violence and a stay at Woodlands camping you will lose about 625 euros.

In search of the magic of Silverstone, we speak with Joe Saward, a mastodon in the Formula 1 press room. “I don’t remember exactly, but I think there are 615”, thinks the British journalist, who writes for, among others, GP+, thinking out loud about the number of races he’s attended since 1988. In a row.

“This is a big event with a lot of passionate fans, which has been on the calendar for years. Zandvoort has a racing tradition, but it is not as strong as here. It is always sold out and there is a certain knowledge of Formula 1 that is greater than in other countries.” Is sport in the blood of the British? “You can say that, yes.”

Silverstone is an old airport that served as a military airbase during World War II. Decor also from the first race for the world championship. “It’s the beginning of Formula 1. This is where it started in 1950,” said three-time world champion Jackie Stewart in the paddock. 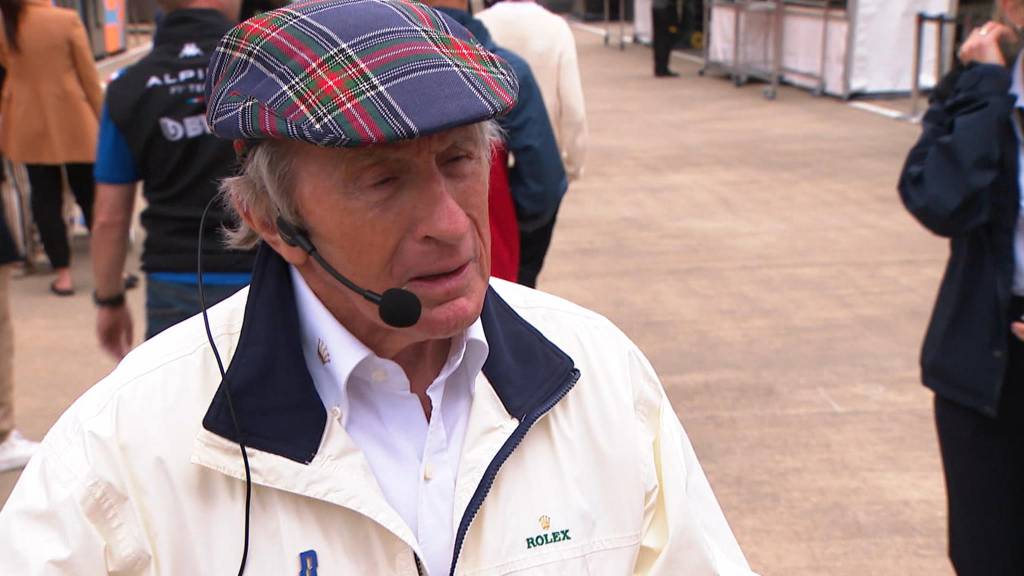 Jackie Stewart: ‘Britain is the epicenter of motorsport technology’

The 83-year-old Briton, with characteristic cap, is giving tours this weekend at Silverstone, where he was the best in 1969 and 1971. “I remember winning my first British Grand Prix. Oh, in my own country… It’s something special.”

All in all, you can say that Formula 1 is coming home to Great Britain. No fewer than seven of the ten teams are headquartered in England. With Red Bull Racing in Milton Keynes, Mercedes in Brackley and Aston Martin even on the track.

“Britain is the epicenter of motorsport technology,” said Stewart. “It’s the center of industry. The heart of sport,” adds Saward. “For the drivers, Monaco may be a home race (because many live there, ed.), but for most people in Formula 1 it is here.” 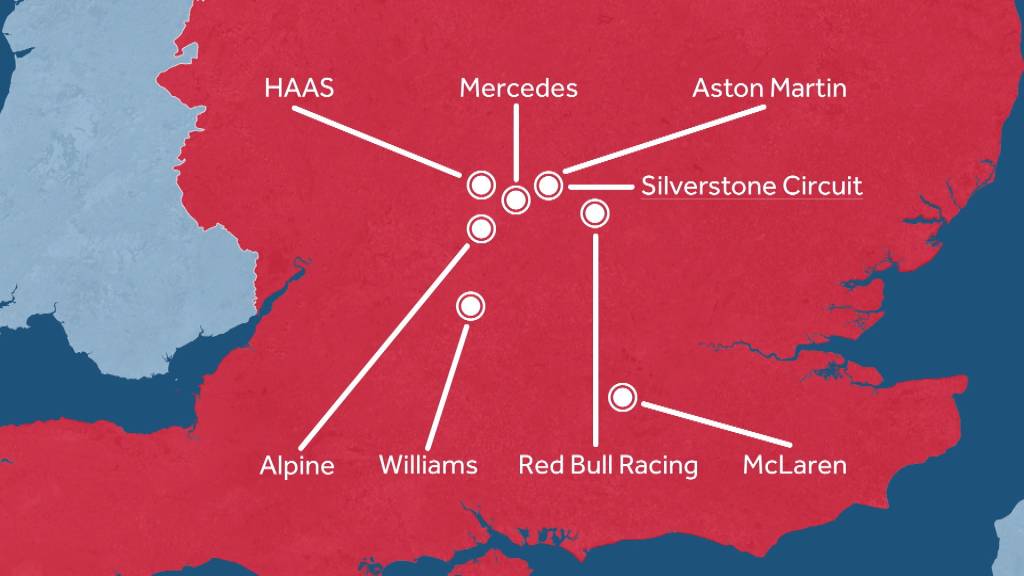 Headquarters of the Formula 1 teams

The heart of the more than 400,000 fanatic fans expected this weekend does not only beat for the race program. They are also entertained with various acts and performances by Sigala and Bastille, among others. “It’s a festival, yes. I think that’s the best description,” Saward agrees.

A week ago, the world famous Glastonbury festival was held in England. Back then the artists were called Paul McCartney and Billie Eilish, now it’s mainly about Hamilton, Russell and Norris. They love their home race, especially because of the track design.

Russell thinks it’s “always great” to race at Silverstone. Norris calls it “a memorable experience”, Verstappen “a beautiful circuit” and Charles Leclerc – “I love it here” – is looking forward to the fast corners.

Because, Stewart adds: “It’s a fast, demanding track. The corners are very fast and the faster the corner, the more challenging it is. The best drivers love that.” 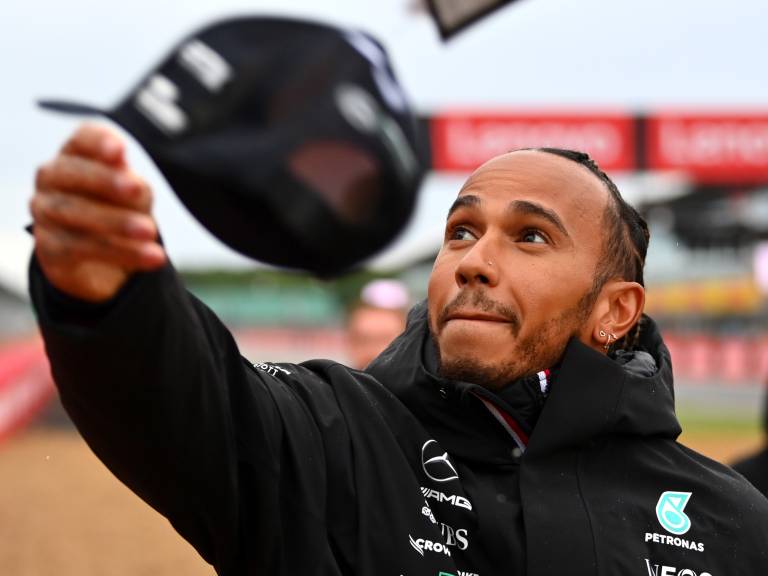 Lewis Hamilton throws his cap into the crowd 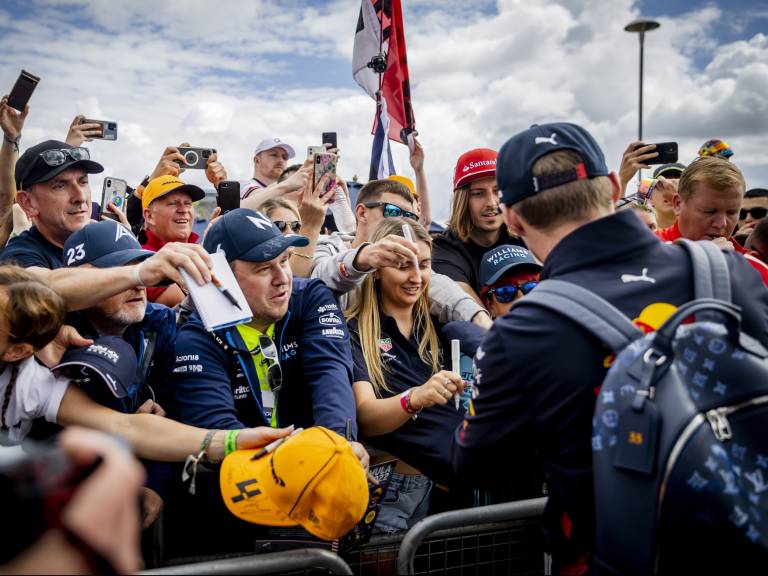 Most British spectators have had a tough season, with little success from their heroes. Still, they hope for a stunt today, but given the first two rows of the grid – the Ferraris and Red Bulls are in places one to four – it is a lot of thumbs up.

Young Lily, wearing a McLaren cap and holding her father’s hand for the first time at a grand prix, does it the hardest for “Lando!” A family that obviously cheers for Mercedes hopes for a miracle from Hamilton, reigning supreme here in recent years.

It would be an unforgettable end to a festive weekend for British fans, in the home of British motor racing.