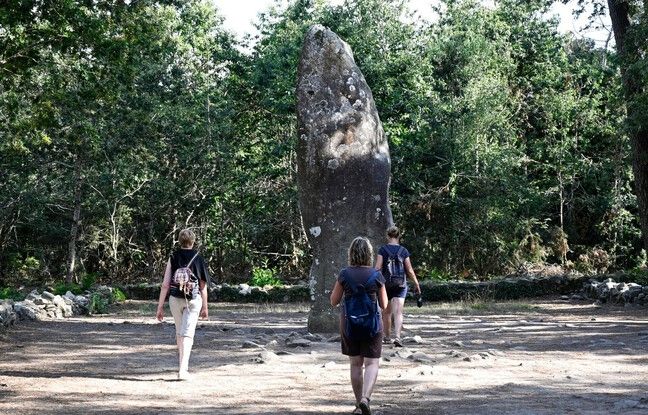 It’s not Obélix who wants. On Sunday, an accident occurred during the lifting of a 30-tonne menhir in Carhaix, Finistère. The chain of a hoist which was used to pull the imposing block of granite gave way, slightly injuring four people. According to the firefighters of Finistère, the victims would have simply been “whipped” by the trajectory of the steel chain which had just broken. “The injuries are slight,” said the emergency services, who nevertheless transported the four victims to the Carhaix hospital center.

The accident occurred during manual pulling of a menhir on the future site of StoneBreizh. This ambitious project aims to recreate a Breton Stonehenge, inspired by the alignments of the most famous megalithic site in the world. Located in the county of Wiltshire, in the south-west of England, Stonehenge is visited each year by more than a million visitors. Already at the origin of the imposing Valley of the Saints and the arrival of these giant statues, Philippe Abjean carries the idea to create a contemporary megalithic site in Carhaix.

This Sunday, the accident occurred while several hundred people were pulling on ropes to move the block of granite forward as in the old fashioned way. Eventually, the StoneBreizh site should be made up of 36 blocks of granite 5 to 6 m high which will form a circle 43 meters in diameter. Is larger than its English counterpart.