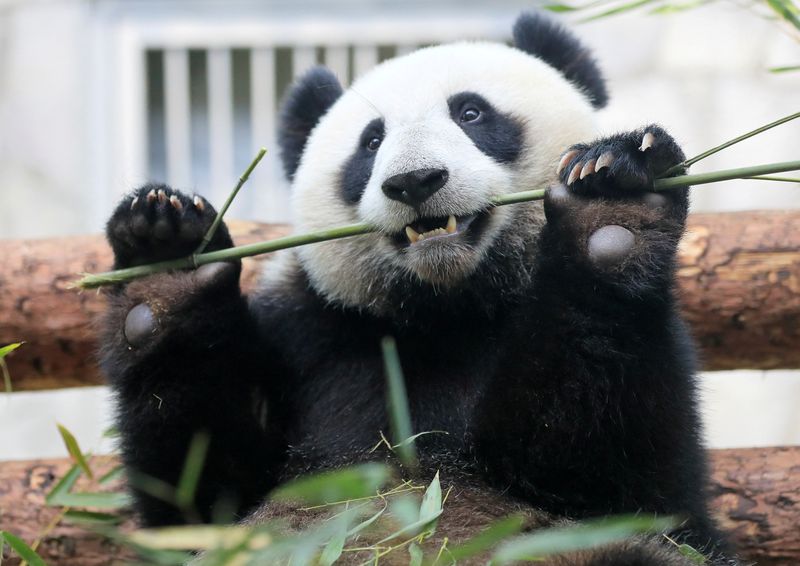 File photo of a giant panda eating bamboo inside an enclosure at the Moscow Zoo on a hot summer day in Moscow, Russia. REUTERS/Tatyana Makeyeva/File

The discovery of fossils of a panda ancestor in China has allowed researchers to solve the mystery of the mammal’s “sixth toe,” which enables it to grip the bamboo stalks that make up the bulk of its diet.

The fossils, about six million years old, were discovered in Yunnan province in southwestern China. Between them is an especially large wrist bone, called the radial sesamoid.

This is the oldest proof of the existence of a “sixth finger” in the giant panda, which allowed it to grab and break thick bamboo stems, the researchers point out in the latest issue of the journal Scientific Reports.

These fossils belong to an ancestor of the panda called Ailurarctos, now extinct, which lived in China between six and eight million years ago. 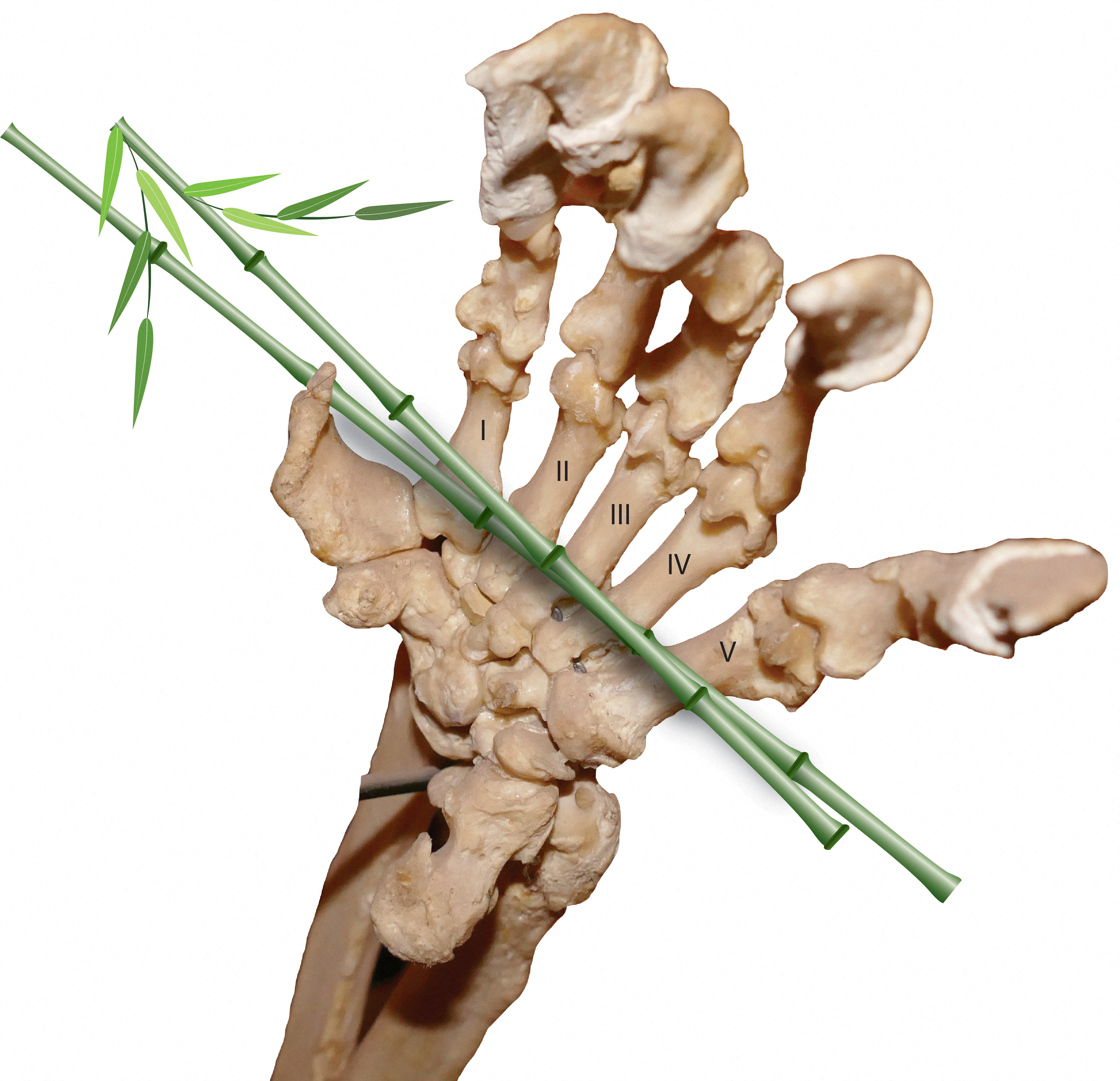 The hand bones of the modern giant panda are seen in its undated brochure illustration. Natural History Museum of LA County/Handout via REUTERS

“The giant panda is … a rare case of a large carnivore … becoming a herbivore,” said Wang Xiaoming, curator of vertebrate paleontology at the Los Angeles County Museum of Natural History. .

“The ‘false thumb’ of Ailurarctos shows (…) for the first time the chronology and probable stages of the evolution of bamboo feeding in pandas,” he added.

Although the existence of the “false thumb” has been known to researchers for about a century, fossil evidence from this bone sheds light on several long-unanswered questions, including how and when this additional finger evolved, which does not exist in humans. no other bear.

The researchers observed differences in size and shape between the false thumb of modern giant pandas and that of Ailurarctos. 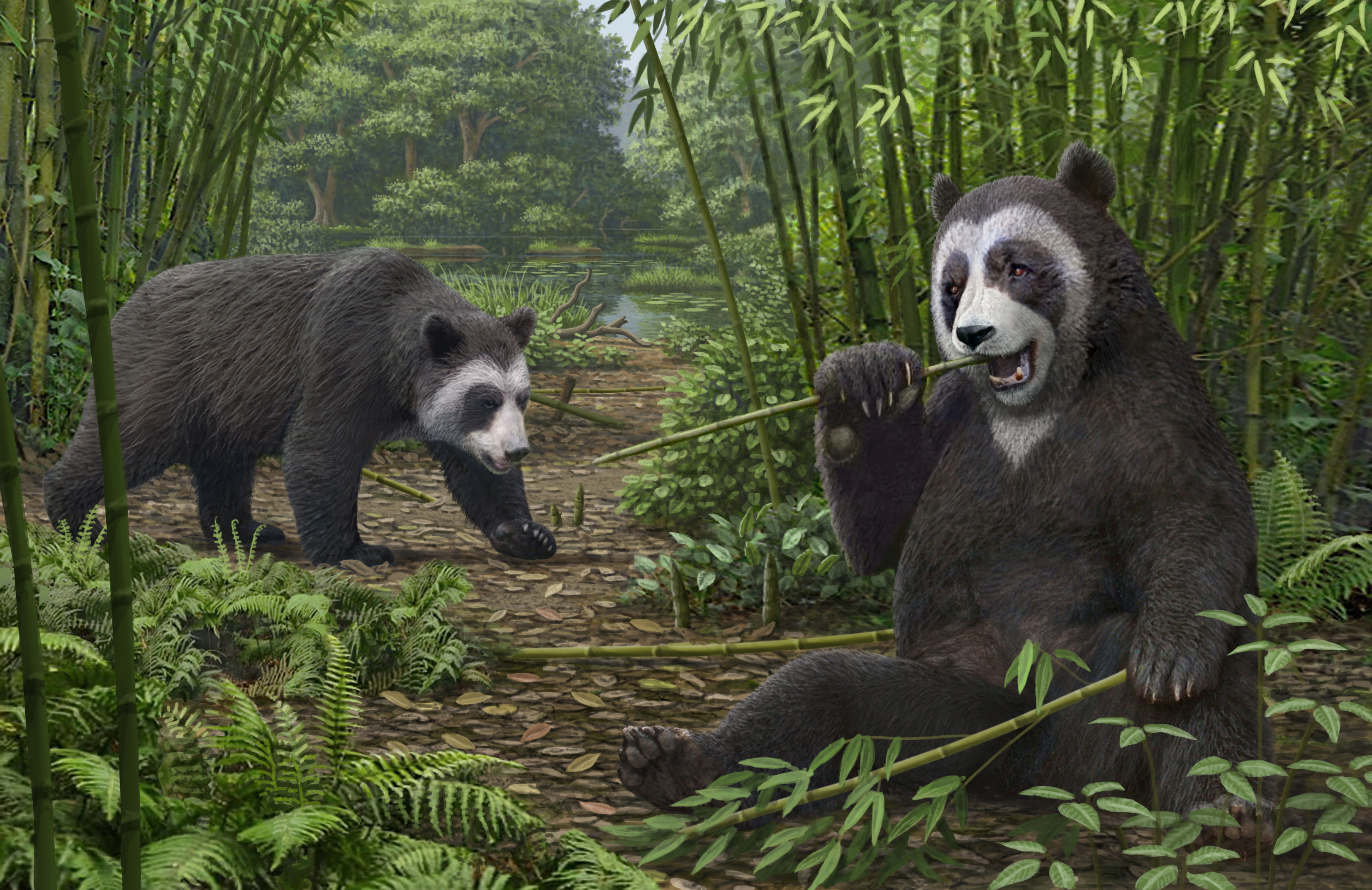 An artist’s reconstruction of the extinct panda Ailurarctos that lived about 6 million years ago, with its fossils unearthed near the city of Zhaotong in northern China’s Yunnan province, in this undated illustration. Mauricio Anton/Handout via REUTERS

The former’s is significantly shorter than that of Ailurarctos relative to its body size and has a hook at its end and a flattened outer surface.

The authors propose that the hook may help modern pandas better grip bamboo, while the shorter length and flattened outer surface may help distribute weight when walking.

Millions of years ago, pandas traded the protein-rich, omnivorous diet of their ancestors for the nutrient-poor bamboo available year-round in southern China.

Pandas eat up to 15 hours a day and an adult panda can consume 45 kilos of bamboo daily. Although their diet is mainly vegetarian, giant pandas are also known to occasionally hunt small animals. 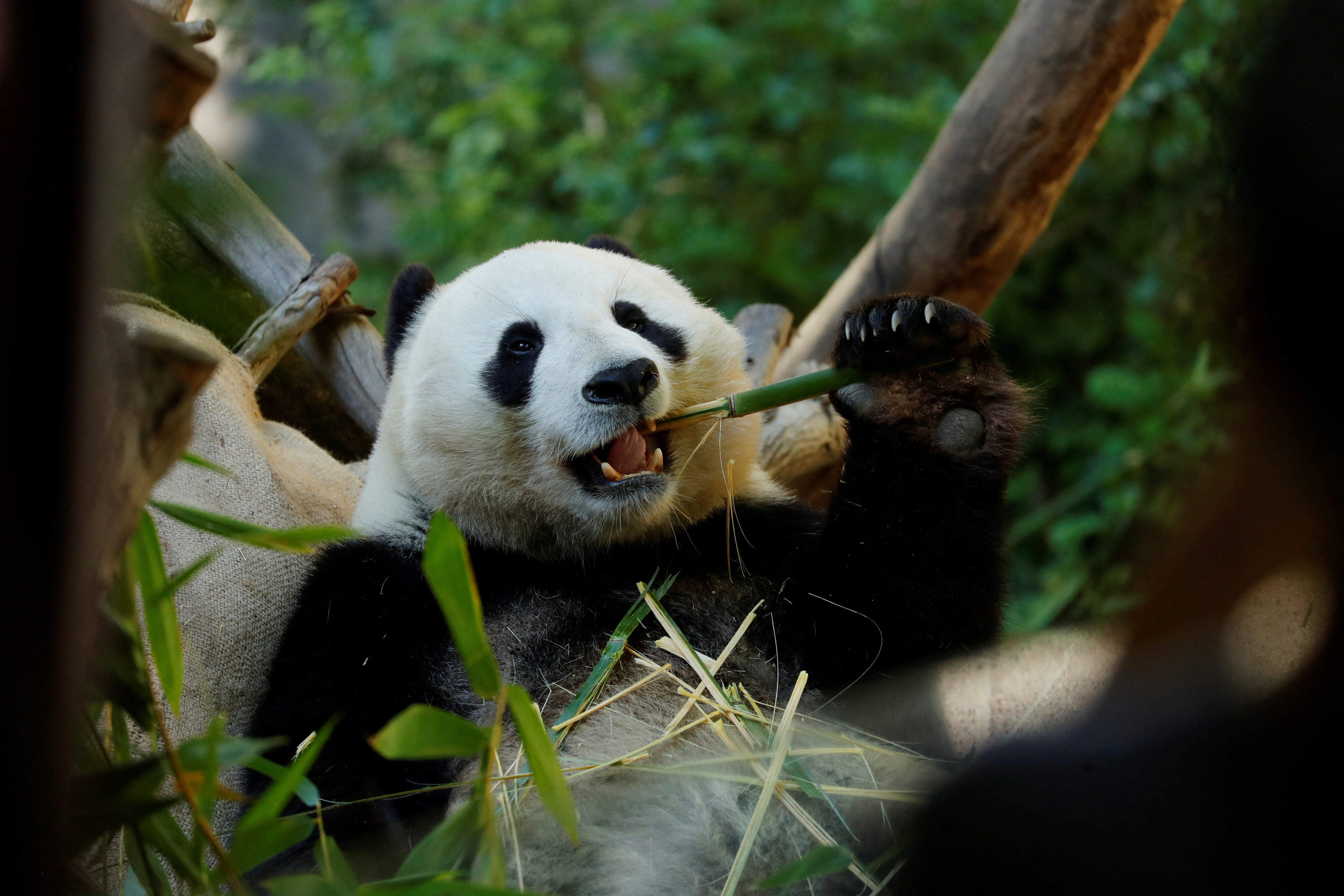 “The ‘false thumb’ of Ailurarctos shows (…) for the first time the chronology and probable stages of the evolution of bamboo feeding in pandas,” he added. REUTERS/Mike Blake/File Photo

The team believes that the modern panda’s shorter false thumbs are an evolutionary compromise between the need to handle bamboo and the need to walk.

“Five or six million years should be enough for the panda to develop longer false thumbs, but it seems that the evolutionary pressure of having to travel and support its weight made the thumb short enough to be useful without being long enough. too big to get in the way,” said Denise Su, one of the study’s authors from the University of Arizona.”

(with information from AFP and EFE)

Environment Day: Climate change could leave pandas without foodPanda bear is no longer an “endangered” species, according to ChinaThe unique color pattern of the giant panda serves as effective camouflage