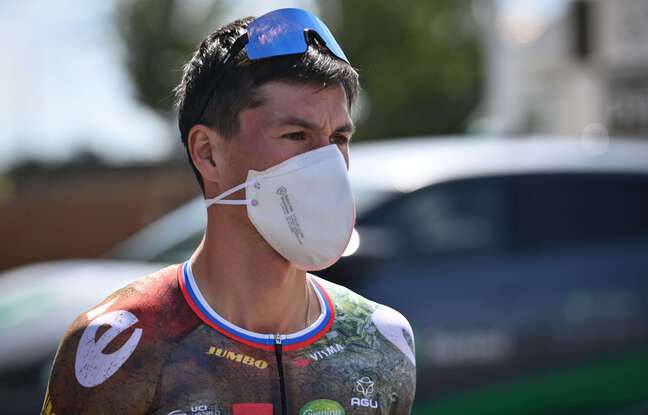 In the big lotto of the Covid, those infected with the Tour de Suisse may be the winners of the Tour de France. They were about forty to have left the Swiss roads under the influence of the resurgence of the epidemic, perhaps even more if we take into account cases like Thibaut Pinot, declared positive just after the end of the test. “Last week we were starting to doubt, said the Groupama-FDJ rider at a press conference on Wednesday. I didn’t have my best week, there was a lot of stress, but since Sunday I’m recovering not too badly. »

If we exclude the probably rusty legs from the first pedal strokes on the Danish roads – Thibaut did not really ride during his Covid period – there is almost the idea of ​​a blessing in the disease, which arrived “right in the right timing”. Knowing the degree of bad luck of Pinot, landing on the Tour after having filled up with antibodies is indeed the lesser evil, even though the UCI has relaxed its protocol health at the last minute to avoid carnage.

“The rule that allowed the organizer to withdraw from its race any team whose two or more runners within seven days present positive Covid-19 PCR tests is abandoned. A positive but asymptomatic runner could continue the race. Two days before the start of the race, presentation of at least one negative antigen test for all team members (runners and staff). “” During the rest days of the event (possible transfer days excepted), carrying out a Covid-19 antigenic test for all team members (riders and staff), as well as for the Commissaires (International and National), the UCI Technical Delegates and the personnel in charge of doping controls. “The UCI further recommends that the rules introduced over the past two years in the interests of everyone’s health and safety continue to apply. These include the requirement to wear a mask, maintain sufficient physical distancing and frequently sanitize your hands. »

Return of stress and fed up with the pandemic

On this last point, nothing really new. Hygienic austerity never really left the peloton teams, as explained mid-week on the Cofidis side: “Runners and staff were already checked with a PCR on D-7 of each race. In addition, internally, we supplemented with an antigenic if there was any doubt. The real change lies rather in the return of the stress linked to the Covid. “There was a little less nervousness lately because it was less present and we were going a little cooler in the tests. But now it’s a bit of stress again,” Bryan Coquard told us last weekend. There was plenty to be tense about. Thursday morning, his team formalized his package after a positive test.

It was this terrible sanction, just before the big departure, that Romain Bardet feared when he flew to Denmark on Tuesday: the Frenchman had his FFP2 and his lucky star as his only protection when the bulk of the passengers were traveling. without a mask. A priori, the runner of the DSM passed between the drops. For the moment…

To the ambient nervousness is added the disappointment linked to the fallen hope of running a normal Tour de France. Marc Madiot decided to act as if nothing had happened by summarily dismissing the question in the preamble to the Wednesday conference – “if you [les journalistes présents] are there is that you are negative and therefore we are not going to talk too much about Covid]”. The barely concealed expression of being fed up with the virus that doesn’t just hit the peloton. Tennis player Alizé Cornet spoke about it after her victory in the 1st round at Wimbledon. “The Covid, we paid the price. We were under a bubble for a year and a half, we were vaccinated, that’s good. […] It’s part of our life, that’s how it is. I find that psychosis would be really misplaced at this level when we ate our black bread. »

The relevance of the protocol questioned

The new rules of the game imposed by the UCI seem to go in the direction of collective mental wear, according to epidemiologist Antoine Flahault. Because this protocol does not respond to any health logic adapted to a new wave context. “We also know that half of the contaminations originate from asymptomatic or pre-symptomatic people (that is to say for the latter, during the period of 24 to 48 hours preceding the symptoms). There is therefore no epidemiological justification for not isolating asymptomatic runners who test positive, believes the specialist. Letting asymptomatic people run will mainly concern runners infected during their incubation period, that is to say during the 24 to 48 hours before their symptoms, because afterwards they will no longer be able to run for a good number of them. them.”

In these cases, the measure will only delay the abandonment of the riders concerned by a few hours, while promoting contamination within the Tour. The net benefit of this measure is therefore questionable. »

Nothing therefore prevents us from believing in a scenario where only a few lucky and immune people will escape the Covid over three weeks. And therefore to an improbable final victory for Thibaut Pinot, leader of an apocalyptic Tour with 40 or 50 survivors.