A few minutes after takeoff, the medical plane that was traveling to the Federal Capital suffered an engine failure and crashed at the Río Grande airport. A camera recorded the last seconds before the fatal accident where all four crew members died. The recording shows the last maneuver attempted by the pilot.

This Friday the Flying America plane that began the flight from San Fernando to transport a 5-month-old baby to Tierra del Fuego, made a stop in Comodoro Rivadavia to refuel and continue the trip to Río Grande. As soon as he took off to return to the Federal Capital, an engine failure was fatal and the pilot was unable to successfully maneuver.

Sources of the case reported that after takeoff the sanitary plane “impacts on the grounds of the Naval Air Base”, which is adjacent to the Río Grande. As a consequence, two pilots, a doctor and a nurse died.

As soon as the impact of the aircraft occurred, videos circulated of the enormous column of smoke that was seen from different points of the city. However, now the record of a camera that managed to capture the last seconds that the aircraft remained in circulation has emerged. 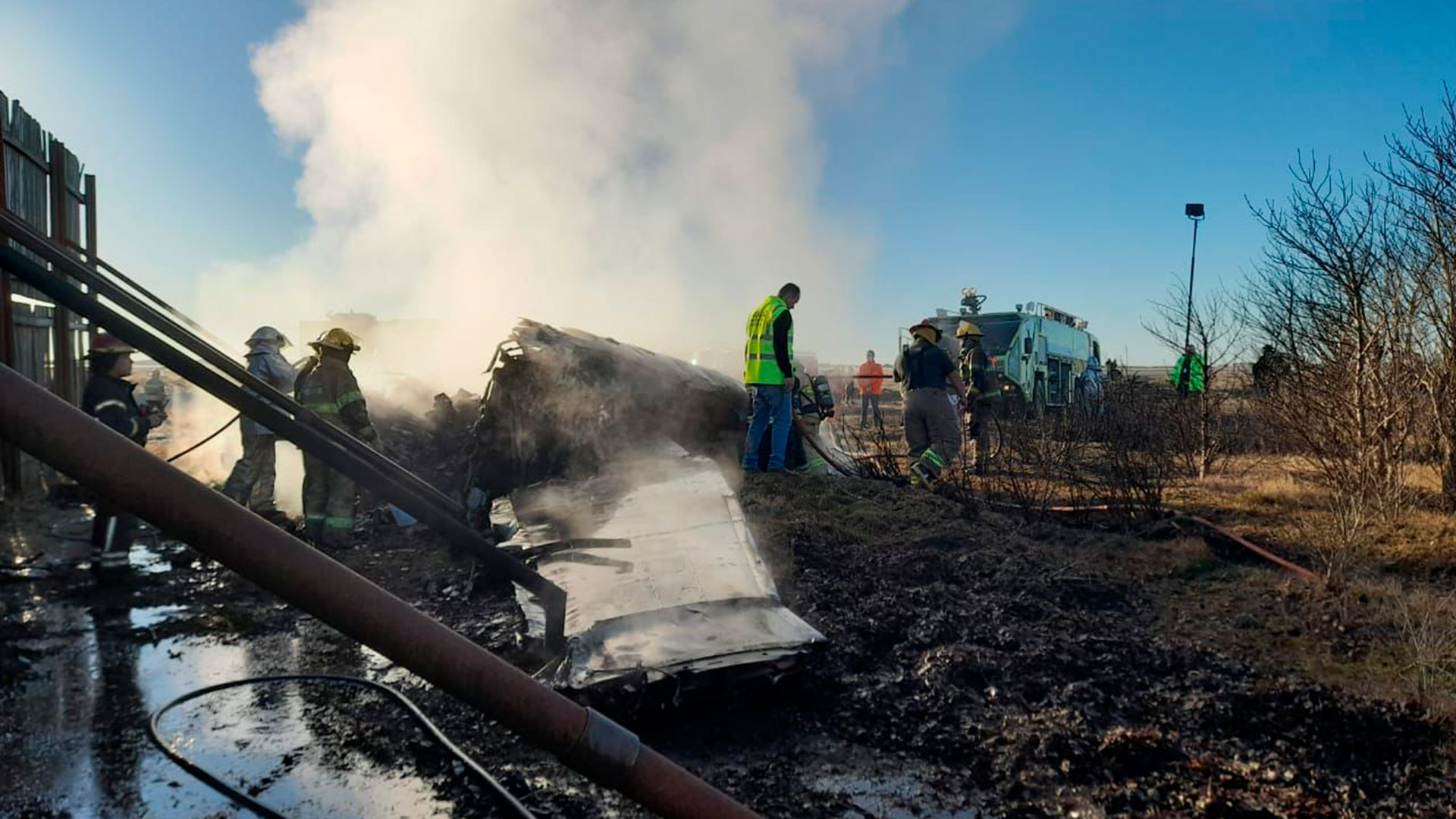 The video shows the moment before the medical plane takes off and where it manages to fly over for just a few seconds. Shortly after flying, the pilot performs a maneuver that leads him to modify the position of the aircraft and suddenly begins to lose altitude and descend.

Based on the first reports, it was suggested that apparently the left engine was the one that suffered a malfunction and for this reason, the aircraft fell from that side. Beyond the first indications, the causes of the accident are the subject of investigation and are in charge of the Federal Court of First Instance of Río Grande.

After taking off for a few seconds, the plane crashed and caught fire. For this reason, personnel from the National Civil Aviation Administration (ANAC), Fire Rescue and Extinction Service (SSEI) and Volunteer Firefighters worked immediately to put out the fire and recover the bodies of the victims. They were identified as Claudio Canelo (pilot), Héctor Vittore (co-pilot), Diego Ciolfi (doctor) and Denis Torres García (nurse).

The crew members of the medical plane died when they were about to return to the Federal Capital after having transferred a 5-month-old baby to Tierra del Fuego. The little boy had been diagnosed with botulism and due to his delicate health condition, he received medical care in Buenos Aires. 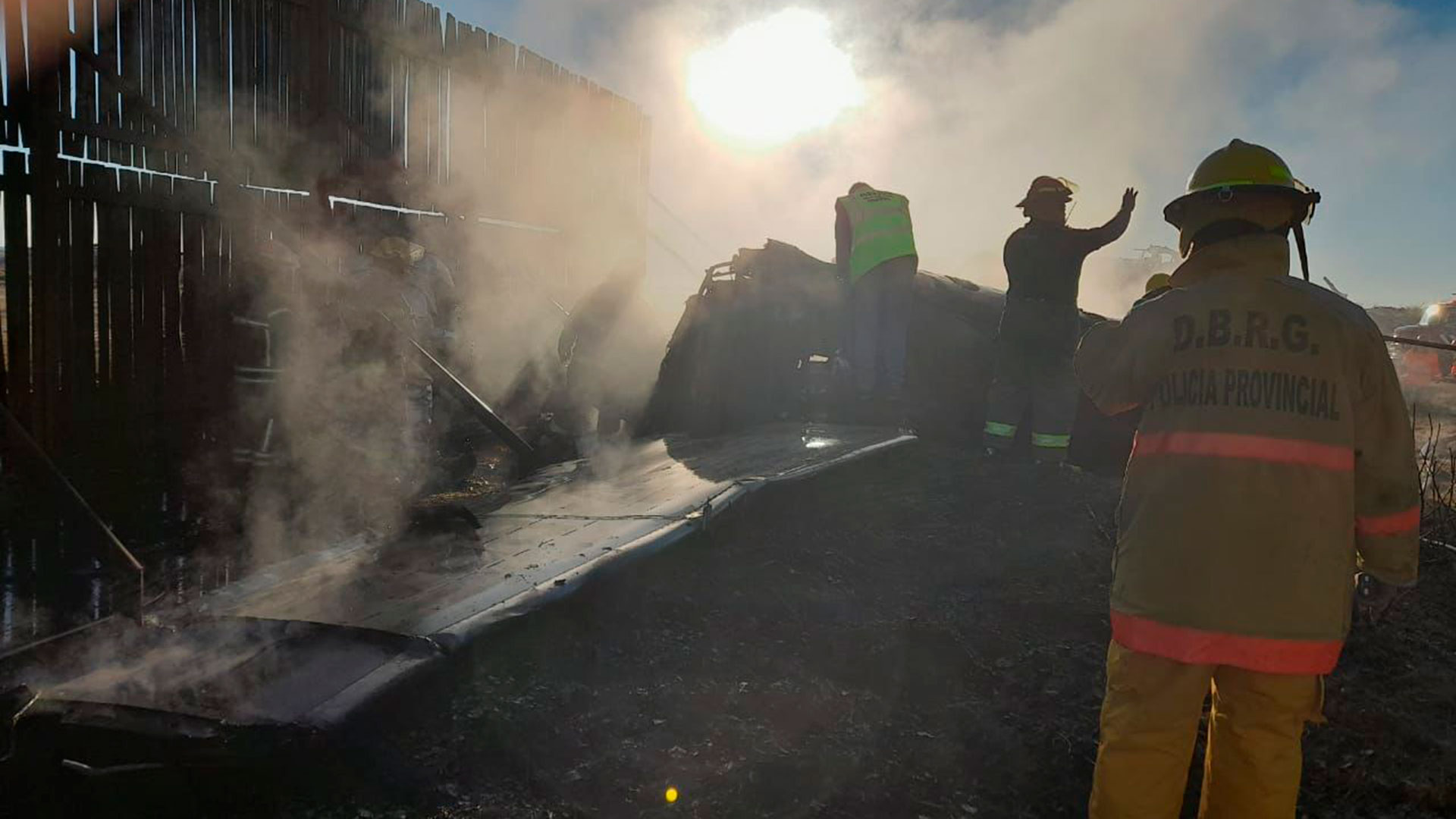 The medical plane caught fire due to the impact

The doctor who treated him in Río Grande, Margarita Álvarez indicated in TN that the baby traveled on the medical plane with his father and the crew who later suffered the tragic accident. For this reason, she maintained that the man was very grateful for the attention given by the victims of the event and “is still very sensitive about everything, because practically the baby was born again.”

Regarding the health of the baby who was transferred after a month of treatment in Buenos Aires, the doctor remarked that “he is in excellent condition, thank God, he was received very well.” Currently the minor is tracheostomized and will remain hospitalized for observation while home hospitalization is prepared.

The Lear 35A LV-BPA aircraft, which suffered the fatal accident, belongs to the FlyingArgentina company and was part of the Flying Med division dedicated to medical flights. Upon learning what happened, Álvarez remarked that the news caused a strong shock in the staff since there are “very few” doctors who carry out air transfers “and more at the pediatric level.”

Two pilots, a doctor and a nurse: who were the victims who were traveling on the plane that crashed in Rio Grande“The baby was born again”: the story of the 5-month-old baby who got off the plane before it crashedVideo and photos: this is how the crashed sanitary plane in Rio Grande was