Coco Gauff is out on Saturday in the third round of Wimbledon. The eighteen-year-old finalist of Roland Garros lost on the London grass in three sets (6-7 (4), 6-2 and 6-1) to Amanda Anisimova, who played in the fourth round of a Grand Slam for the third time this year. tournament state.

The eleventh seed Gauff still won the first set via a tiebreak, but after that almost everything went wrong with the American super talent. In total, she only won three games against her compatriot Anisimova, the number twenty on the placement list.

Anisimova took the last game on love, after which she received the congratulations from Gauff and lay down on the grass with her hands over her eyes with joy. In the fourth round, Anisimova will meet the unseeded French Harmony Tan. She was 6-1 and 6-1 too strong for the British Katie Boulter.

Last year, Gauff made it to the fourth round at Wimbledon, equaling her performance of 2019. At the time, as a fifteen-year-old, she caused a stir by making it to the last sixteen.

Last month, the global number twelve lost in the final battle at Roland Garros against Iga Swiatek, the number one in the world. 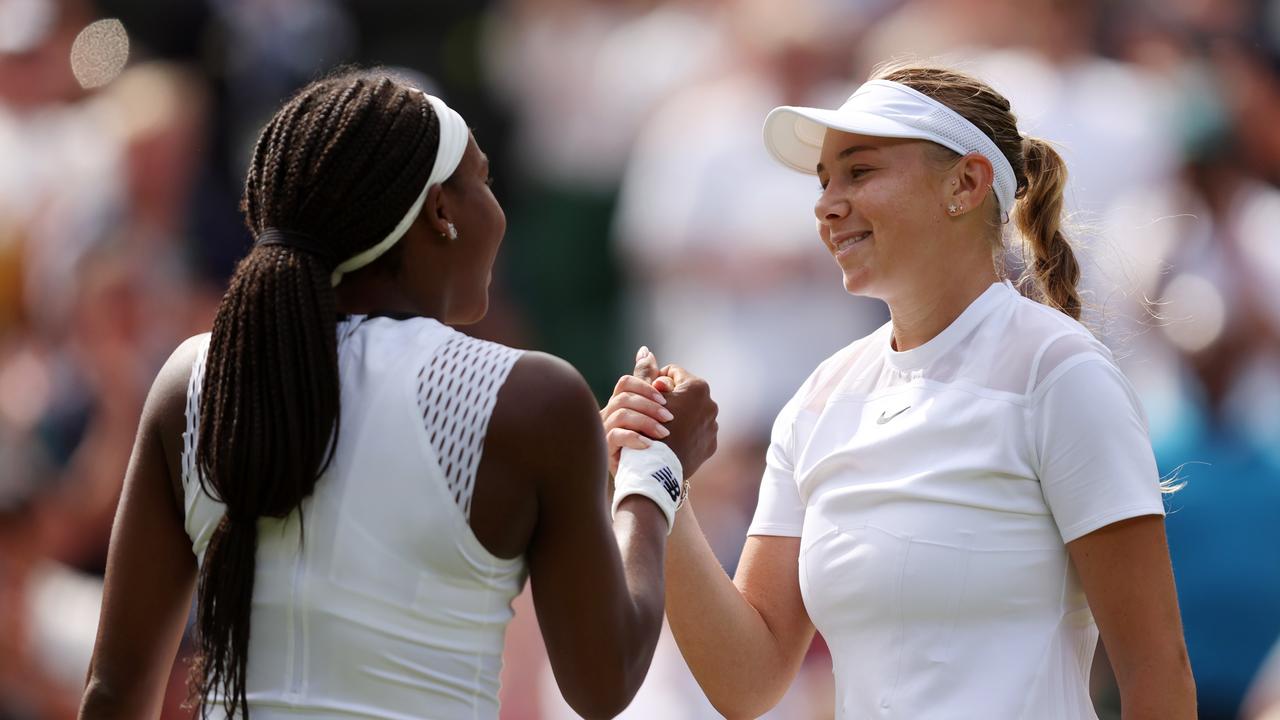