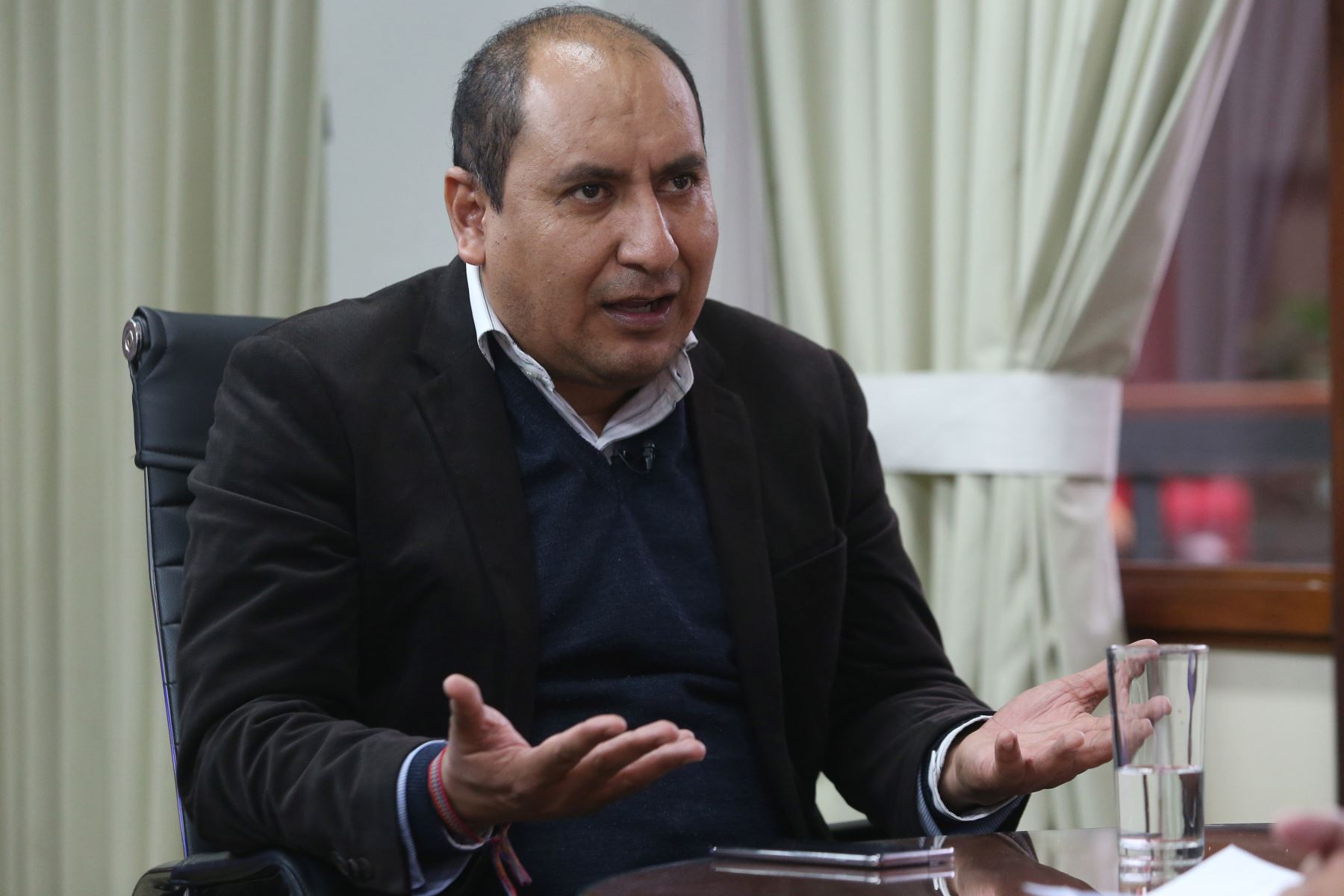 The President of the Republic, Pedro Castillo, decided yesterday to withdraw from Peru Libre shortly after completing a year in office. This is in response to the request to renounce his militancy made on Tuesday by the pencil group that accused him in a public statement that he was responsible for the dissent in the parliamentary caucus and for not applying the Marxist ideology of Vladimir Cerrón in the government.

Infobae interviewed former congressman Richard Arce, who mentions that this matter is more than a strategy by Cerrón to recover his share of power in the Executive. In addition, he anticipates that he would not be surprised if PL joins the opposition to remove Castillo before a possible new vacancy motion in Congress.

Peru Libre asked President Pedro Castillo to resign from his militancy. How do you interpret this gesture?

My reading is a reckoning in Peru Libre given that the disqualification and the problems that Pedro Castillo has put at risk the candidacies they have in the regional and municipal elections. On the other hand, there could also be other types of interests that are more related to the distribution of power. So, every time Cerrón loses space in the Executive when a ministry is taken away from him, his response is that he takes away his support in Congress because, thanks to the Cerronist caucus, he is not exposed to a vacancy or a constitutional accusation like the one that could be seen in the upcoming weeks.

In the PL statement they accuse the president of breaking up the caucus, not implementing Cerrón’s ideology and promoting two parties.

To me, those are just excuses. They have looked for a way to have “consistent” arguments. In reality, this is a struggle for power because, evidently, they have taken advantage of the government’s informality to take over positions.

This government began with cerronismo, then aligned itself with the progressive left and ended with Aníbal Torres, who is not very ideological. What stage could we enter now?

In reality, they have never had a country plan or project. What has been seen is improvisation and departures for the moment to be able to present the government’s proposals. In this scenario, added to the informality, the most serious thing that is the complaints of corruption also appears. Unfortunately, these accusations are not leading to an extreme situation.

Is Castillo exposed to a possible new vacancy motion?

That has been his permanent situation. [Pedro Castillo] It is exposed frequently and there appears the support of “Los Niños” of Popular Action. It is such a weak government that it has not understood the complexity of assuming such a great responsibility. This improvisation causes them to occasionally have allies. As I was saying, “Los Niños” could be APP and Somos Perú in some votes. There will be a reconfiguration of forces. Peru Libre is no longer 37 congressmen because they barely reach 15. There is also the Magisterial Bloc and small groups. There will only be a reconfiguration of the space of power that it has in Congress. However, the bottom line is that they are exposing the country with obvious irresponsibility. They have nothing concrete or planned to govern. Everything lends itself more to cuoteo and the distribution of power. Cerrón is capable of allying itself with the coup sectors, such as the extreme right, for the election of the Constitutional Court.

Congressmen from Peru Libre say they will not join the opposition’s coup plans. Do you see any blackmail in this matter?

[El pedido de Perú Libre al presidente Castillo para que renuncie] It is a malevolent strategy because the objective is to recover its share of power. It is a kind of extortion.

What could be in exchange for not supporting the vacancy?

I don’t think there is a vacancy motion, but rather a constitutional accusation that means only reaching 66 votes. With the vacancy, 87 votes are needed, which is more complicated. Knowing that the accusation proceeds with 66 votes, it opens a space for them to negotiate.

The Oversight Commission presented its final report in which it accuses President Castillo of the alleged crimes of criminal organization, passive bribery, influence peddling, incompatible negotiation or improper use of office, and illicit enrichment. Does it contribute to further complicate his situation?

Of course, but what they have done is a compilation of journalistic information. 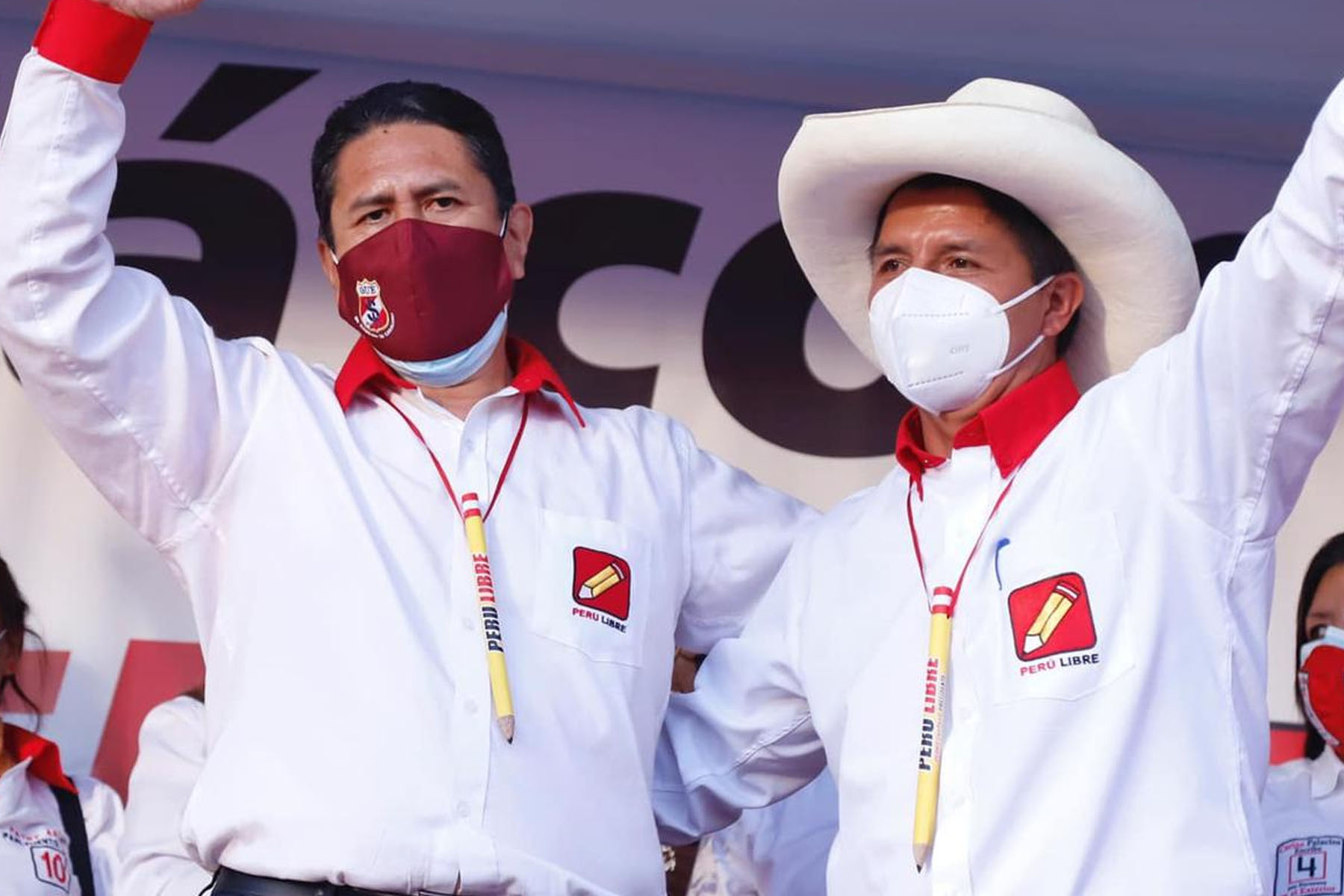 Among the recommendations is to charge him constitutionally. Should this proceed?

Yes, of course, the constitutional accusation is more viable than any other claim.

In his column in Peru 21, Vladimir Cerrón indicated that he hopes that, given a hypothetical early election, he can reapply with an appeal filed with the Constitutional Court. Do you think that this is the next move of the PL leader beyond what may happen with the government?

That is certain. Cerrón would have run for the presidency a long time ago if he did not have this legal restriction [condena por corrupción]. He was going to be the candidate of Peru Libre, but he has this impediment of civil death. I understand that the agreement for the election of the Constitutional Court is a perk so that when you have the opportunity to present your habeas corpus admit it, leave your process and allow you to apply. That is your strategy. So, that horizon would suit him if there are early elections because it is most likely that in the next two or three years the sentences of his other processes will come out. I think he is playing the government lie down to present himself. [Vladimir Cerrón] He thinks that the votes Castillo got are thanks to him.

Evidently it was a natural response from the south, which had to seek support for a left as is traditionally done at election time. However, they have not been able to capitalize on this support. It is not that people support that anachronistic and outdated ideology. The radical sector in Peru will not exceed 3%, a figure that is not enough for Cerrón to pass the fence. If there are new elections, I think the result would be quite negative.

Will former Minister Juan Silva surrender to justice as his lawyer says?

I absolutely do not believe Juan Silva’s lawyer because he is a liar. Now, here’s an objective question: the day Silva and Pacheco fall, neither will have the personality to immolate themselves, sacrifice themselves and spend 20 years in jail just for loyalty to Castillo. I see that these characters are capable of selling their soul to the devil at any time.

Do you think that if Silva, Pacheco and President Castillo’s nephew are captured, they won’t have the slightest qualms about telling everything?

If Castillo is vacated, Vice President Dina Boluarte would take over. Would that scenario be feasible?

The case of Dina Boluarte is more complicated. The constitutional accusation of her is already underway. She would even come out earlier than Pedro Castillo’s to pave the way in Congress, where a space is being sought to assume the presidency and lead the transition process.

If Castillo and Boluarte fall, there are some voices in Congress that would bet on only calling presidential elections when they should be general ones.

The obvious way out is the advancement of the elections. Congress is going to cling to everything. The day that the constitutional accusation of Pedro Castillo is debated and voted on, the countdown to Congress begins.

How much will the government of Castillo and Cerrón affect the Peruvian left?

It will definitely be a heavy backpack that we will have to carry. Just as it happens to Fujimori with the ballast of Montesinism, it will be something similar for the left. This is not a government of the left, but of political adventurers. People are going to say “there you have your leftist government”. It will be a very heavy load. It is a resounding failure that, in addition, is complemented by the cases of corruption of the president.