On the afternoon of July 1, heavy hail was reported in the state of Toluca.

The rainy season comes with everything because on July 1 the fall of hail of between one and two centimeters in radius was reported, according to the report of the inhabitants of Toluca.

At approximately 5:30 PM on Friday, the residents of the city were surprised by the strong hailstorm and whirlpools, leaving in its wake an approximate temperature of between 12 and 14 degrees Celsius, so far no injuries have been reported, but there have been landslides. of sheet roofing, falling trees and constant sounds of car alarms due to the impact of hail.

The opening game between the Necaxa team and Toluca had to be delayed due to weather conditions, as it caused some of the players to be injured by the impact of the ice on their faces.

The Water Commission of the State of Mexico (CAEM) invited locals to be careful when driving, not to throw garbage in the street to prevent the drain from clogging up and causing puddles or flooding. 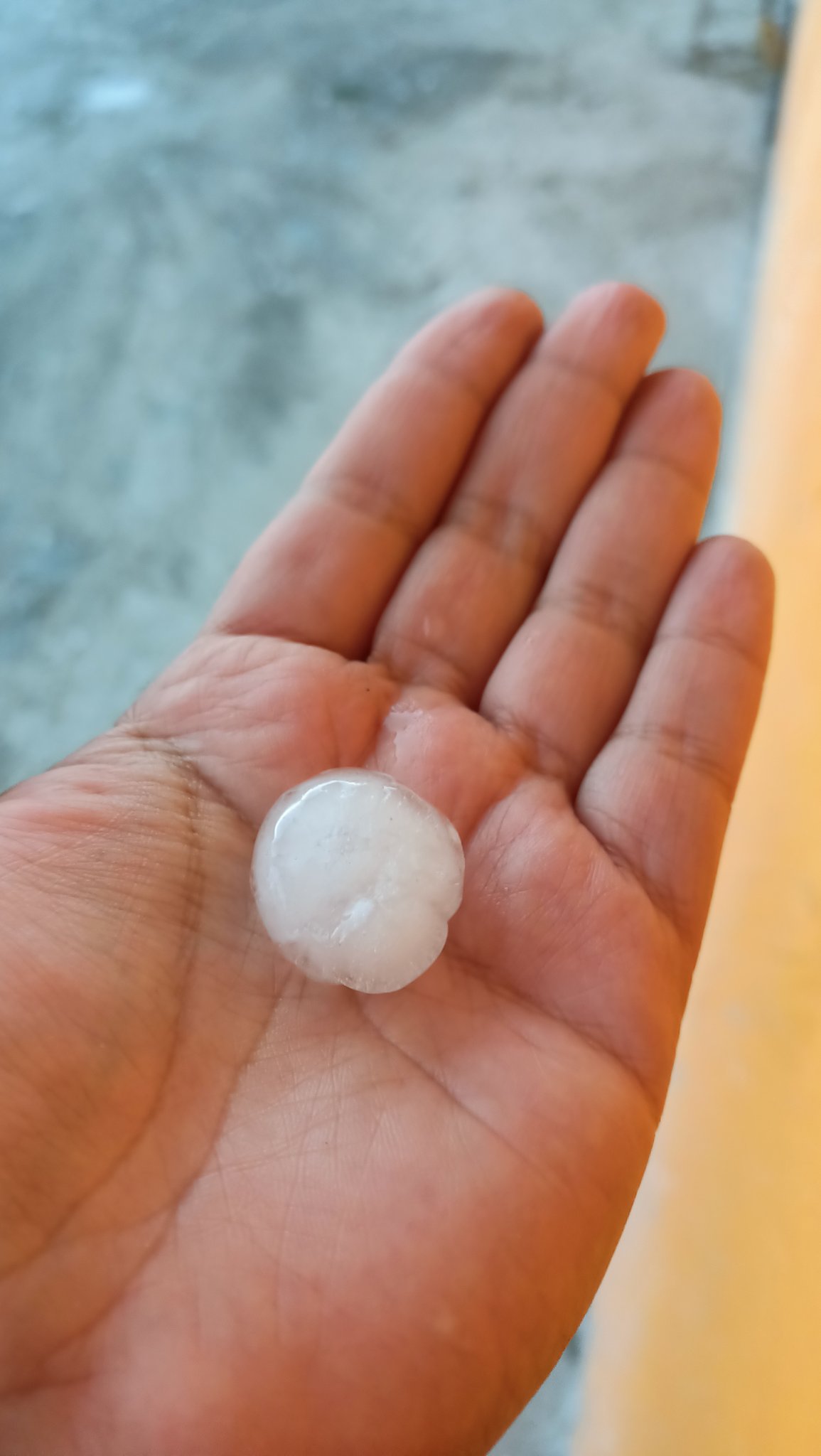 The size of the hail was considerably large enough to cause bodily injury (Photo: Twitter/Alexa37422793)

The storm covered central and northern areas of CDMX, with a movement directed to the western area with gusts of 35 to 50 km per hour accompanied by intense hail, it is expected to spread to the rest of the city.

Some residents of the area took video where you can see how the water mixed with the ice flowed, what the streets looked like when the intensity of the hailstorm decreased, their white patios and even focused small balls of hail in their hands so that people could compare the size.

Worried about the state in which their cars could be left or that some material good that will be found in their yards was going to break down. When people saw the intensity with which the downpour fell, they preferred to choose to stay in their homes and thus prevent an accident, but they did not want to record it and show it via Twitter.

People captured the hail fall and the look of it, leaving them in awe.

There are still more than five months to go until Christmas arrives and the city is artificially painted white, however at this rate the date could be changed to July due to the passage of storms throughout the Mexican Republic.

CONAGUA forecast heavy to very heavy rains for the afternoon and part of the night of July 1 in EDOMEX municipalities and CDMX city halls.

“In the next few hours, heavy rains are forecast at very strong points, with electric shocks, with possible hail and gusts of wind of 50 km per hour” 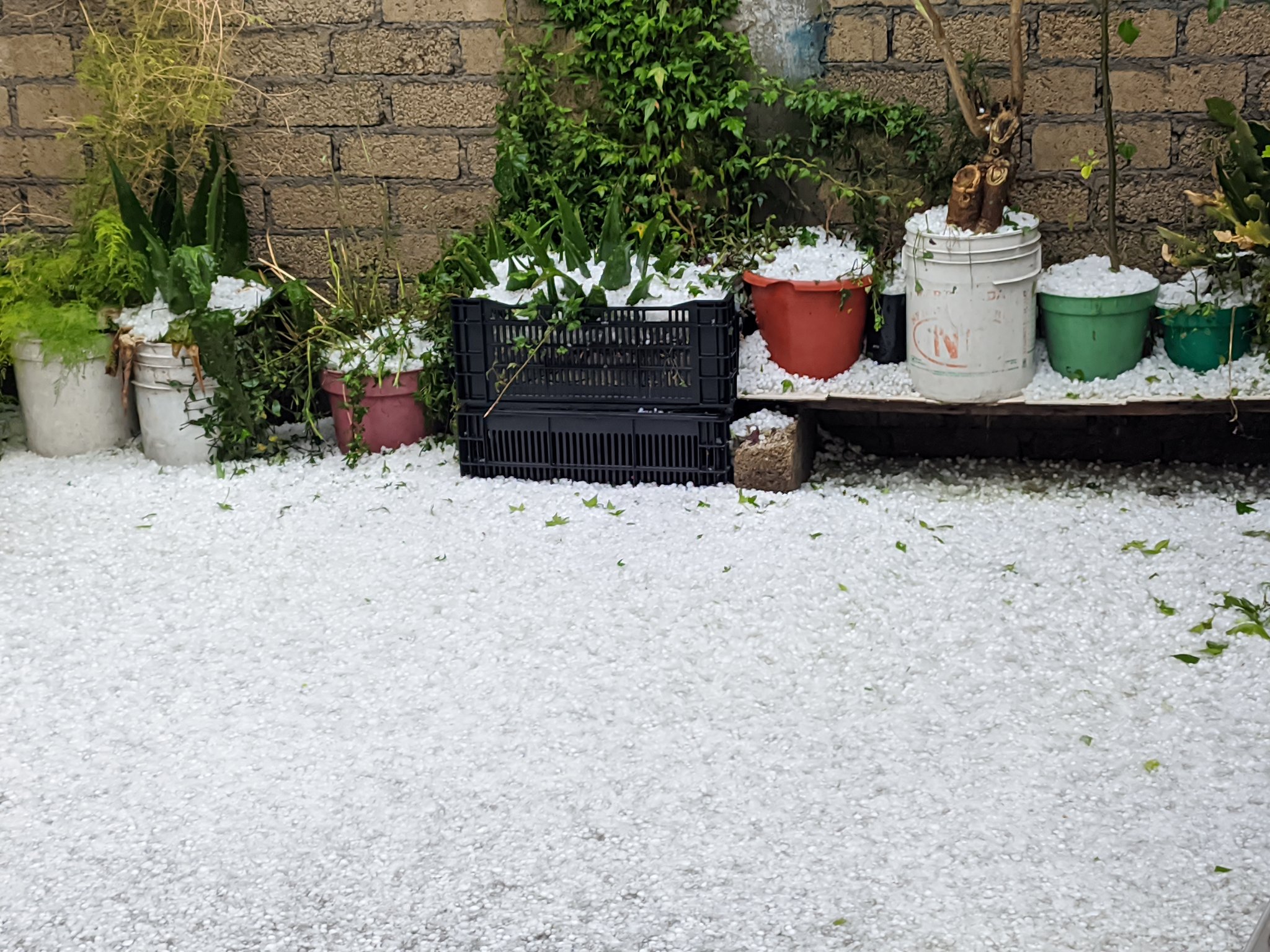 The inhabitants had problems leaving their homes due to the accumulation of ice (Photo: Twitter/Barba_Bam)

The regions of the state of Mexico that are expected to be the most affected are: Cuautitlán Izcalli, Tlalnepantla, Ecatepec, Texcoco, Chimalhuacán, Amecameca, Atlacomulco, Naucalpan, Tultitlán, Zumpango, Nezahualcóyotl, Lerma, Toluca, Valle de Bravo, Ixtapan de la Sal. and Tejupilco.

Residents of Toluca reported difficulties walking through social networks due to the thickness of the ice layer that was formed, problems driving and flooding, they also made fun of the postponement of the Necaxa vs. Toluca match, because they could not even finish entering and they had to momentarily suspend the confrontation.

Historic hailstorm painted CDMX white, collapsed the roof of supermarkets and left various damages Rains will continue to mitigate droughts in northern states of Mexico; in the west, center and southeast it will also rainThis is how the dramatic collapse of the roof of a supermarket in CDMX was experienced from the inside