“Fort Boyard” returns with new and old for its 33rd season 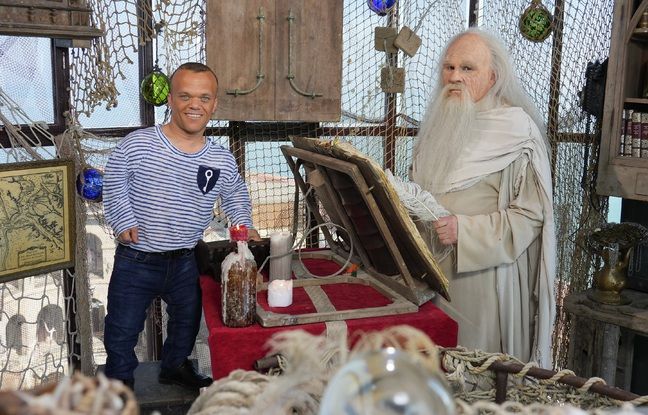 The sun shining, the race for the summer tube that has started and the return of Fort Boyard to France 2… This time, for sure, the holidays can start! The cult game begins its 33rd season this Saturday evening with a lot of new features and some returns to basics. The biggest change is undoubtedly the absence of the tigers, as announced by the producer of the show Alexia Laroche-Joubert at 20 Minutes last February.

“I only do it because I consider it an important movement for our viewers to make,” she explained, while indicating that the spirit of the tigers would remain present within the enclosure of the fort. We now know more: 3D felines will come to life on the screen throughout the season. And Félindra will always be there!

The return of emblematic events

Disappeared from the screens for two years due to the Covid-19 and the application of barrier gestures, the fight in the mud will once again provide benefits to the skin of the candidates. They will fight Lady Boo, Big Boo, and sometimes even both to retrieve the hanging key.

Although the fight in the mud, introduced during the very first season in 1990, is an emblematic test of Fort Boyard, it is not the only return which will please the purists of the game. Father Fouras will return to his perched tower to pose ever more twisted riddles to the participants. We can therefore say goodbye to the telephone booth full of insects or even to the gyroscopic device that manhandled celebrities.

What if Father Fouras, despite his great age, had not said his last word? Determined to keep hold of his treasure, the old man (we can say this without offending him) will pull nine tricks out of his sleeves. Great novelty of the season because it will be the common thread of all new episodes, this twist is the promise of a different scenario each week.

Represented by game cards, these assets will put some candidates in difficulty. “Father Fouras may decide to place the evening under the sign of prohibitions by preventing, for example, the candidates from shouting in a frightening adventure… Or choose to curse a candidate who will continue the tests until he has won a key or index,” the string indicates.

A cell inspired by Squid Game

Like every year, new events will challenge (or downright frighten) the teams. In “The Helices”, the candidate will have to hang from a rotating zip line. In “High Voltage”, a blinded player will be guided by his teammate to avoid laser beams. If he fails, he risks receiving shocks or worse, becoming a prisoner.

In a cell inspired by the Squid Game series, two candidates will face two members of the Boo family in a tug of war above the void. The last to stay on the beam win the game. Let’s also mention “The looping” during which a personality will have to perform complete 360-degree turns for the code to be revealed.

As for the characters, we will find Chef Willy and Cyril Gossebo in new settings. The first, who was one of the prisoners at the fort last year, is now sheriff. Far from his stove, he will still offer his traditional tasting to the candidates. The character played by Cyril Féraud, meanwhile, was put on display following the poor ratings of his show. But since his clearance, he will continue to question personalities about the history of Fort Boyard. And if they fail, watch out for the slime!

Isn’t it better to rent than to buy? | living