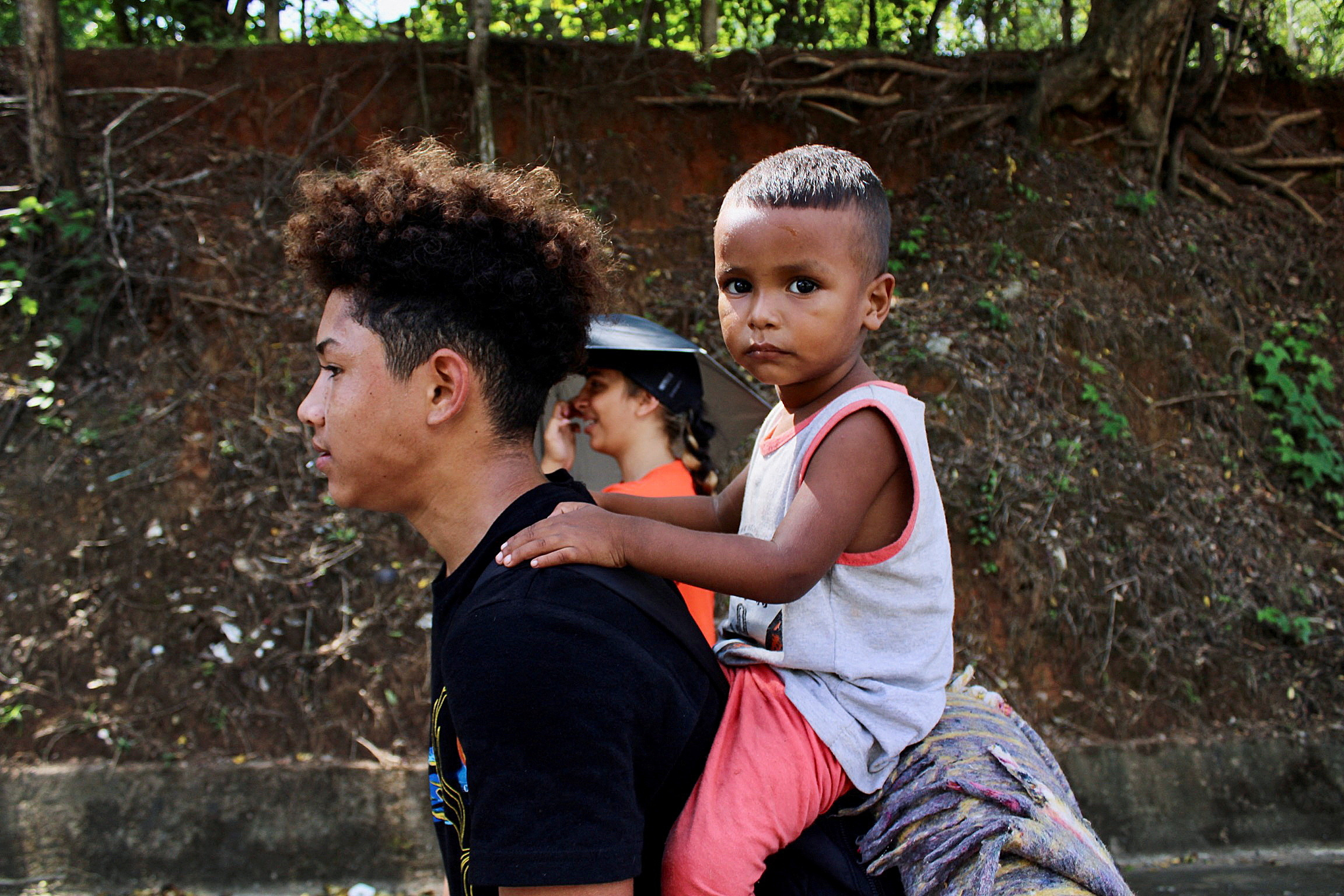 A man carries his son as he walks with other migrants in a caravan through Tapachula (Photo: Reuters)

Four days after the migrant tragedy in Texas, thousands of people undertook this Friday a new journey on foot from southern Mexico to the United States.

The group, mostly young Central American, Venezuelan and Cuban men, many of them with their families and small children, began the long journey early this Friday from Tapachula, Chiapas, a city on the border with Guatemala.

“I have been fleeing Cuba with my wife, with my daughter and a friend, because of the suffocating and murderous dictatorship of Castro-Canel,” he told Reuters the migrant Samuel Ventura while walking with thousands of people.

The caravan arises despite the efforts that Mexico has made to contain undocumented migration. Last month two other large contingents of Venezuelans undertook the same path but were dissolved by authorities. 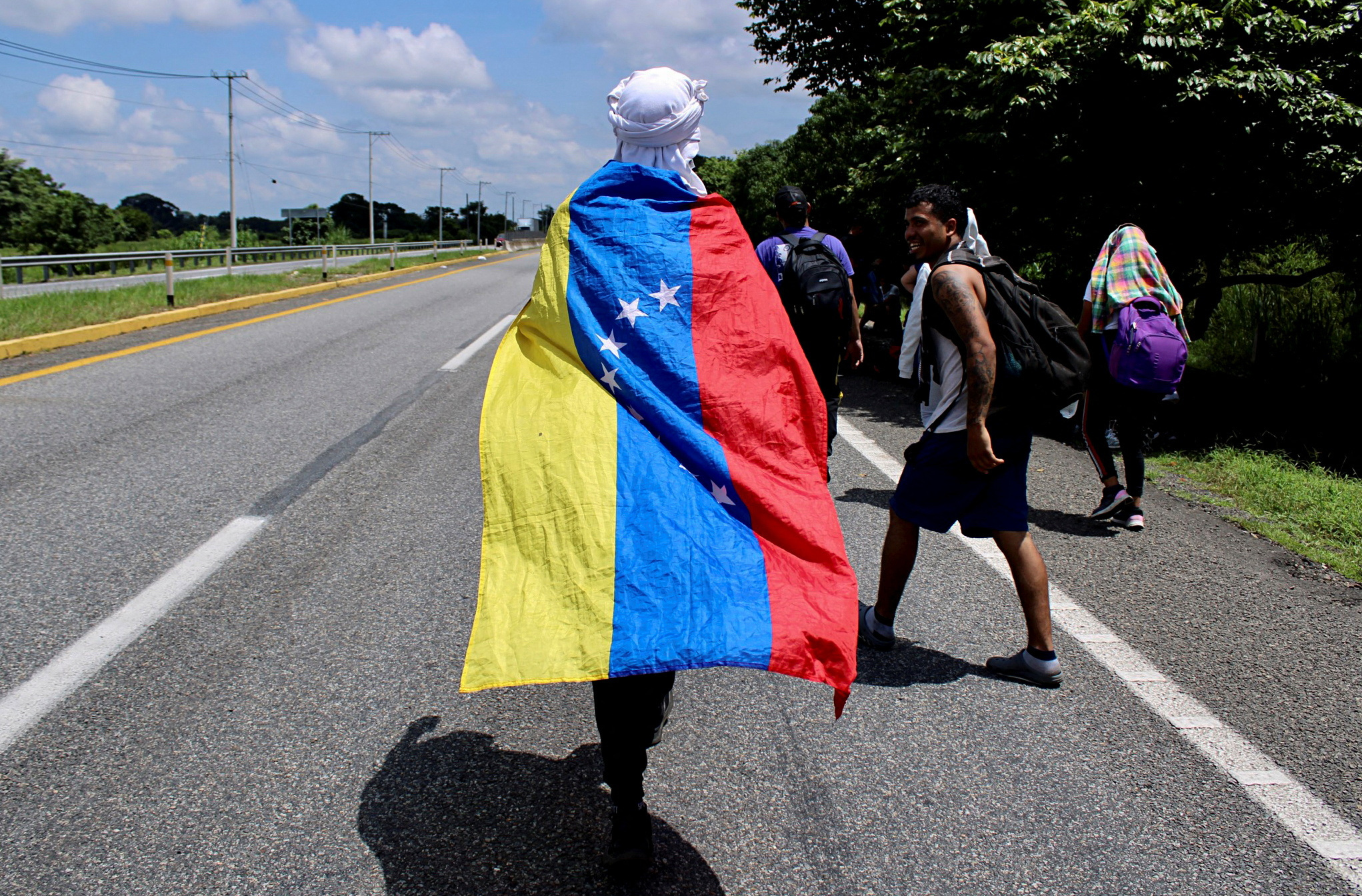 A migrant holds a Venezuelan flag as he crosses the state of Chiapas on foot (Photo: Reuters)

When asked about the 53 deaths of migrants due to overcrowding inside a box of a trailer that was abandoned in San Antonio, Texas, the people of the new caravan expressed sadness; some even said they walked to avoid the danger of taking other means of transportation.

“We are really grieving […] It hurts all of us,” said Moisés Vélez, a migrant from Venezuela.

It is worth mentioning that this June 30, the Supreme Court of the United States authorized the government of President Joe Biden to cancel the Migrant Protection Program (MPP, for its acronym in English), also known as “Stay in Mexico”.

The program forced asylum seekers to wait for their process in Mexican territory, hindering their access to legal representation and exposing them in many cases to organized crime networks.

However, for many migrants this measure raises some uncertainty due to the lack of information, as they consider that they will continue to be rejected due to the COVID-19 pandemic. 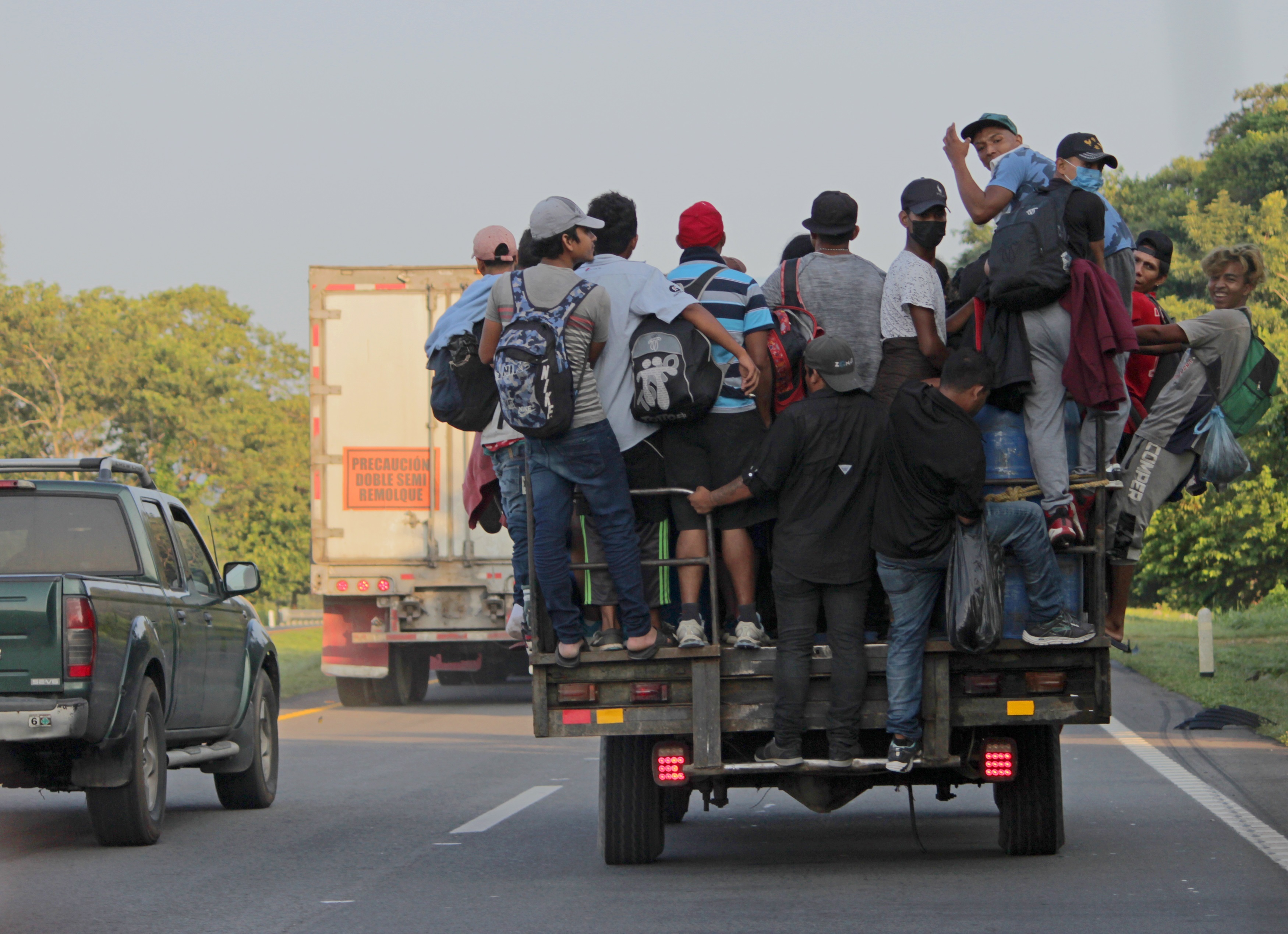 File photo showing a group of migrants traveling in a vehicle during a caravan heading to Mexico City, in the state of Chiapas, Mexico. EFE / Juan Manuel Blanco

To flee poverty and violence in their places of origin, every year hundreds of thousands of Central American migrants cross Mexico to reach the United States in search of refuge and a better quality of life.

However, the vast majority are unable to do so as they encounter various obstacles, such as customs agents on the main communication routes; or even organized crime groups, who take advantage of their vulnerability to extort them.

For this reason, migrants have chosen to walk in massive caravans from Chiapas, but others prefer to pay human traffickers who transport them to the northern border in cargo vehicles, often in overcrowded conditions and without food or water. 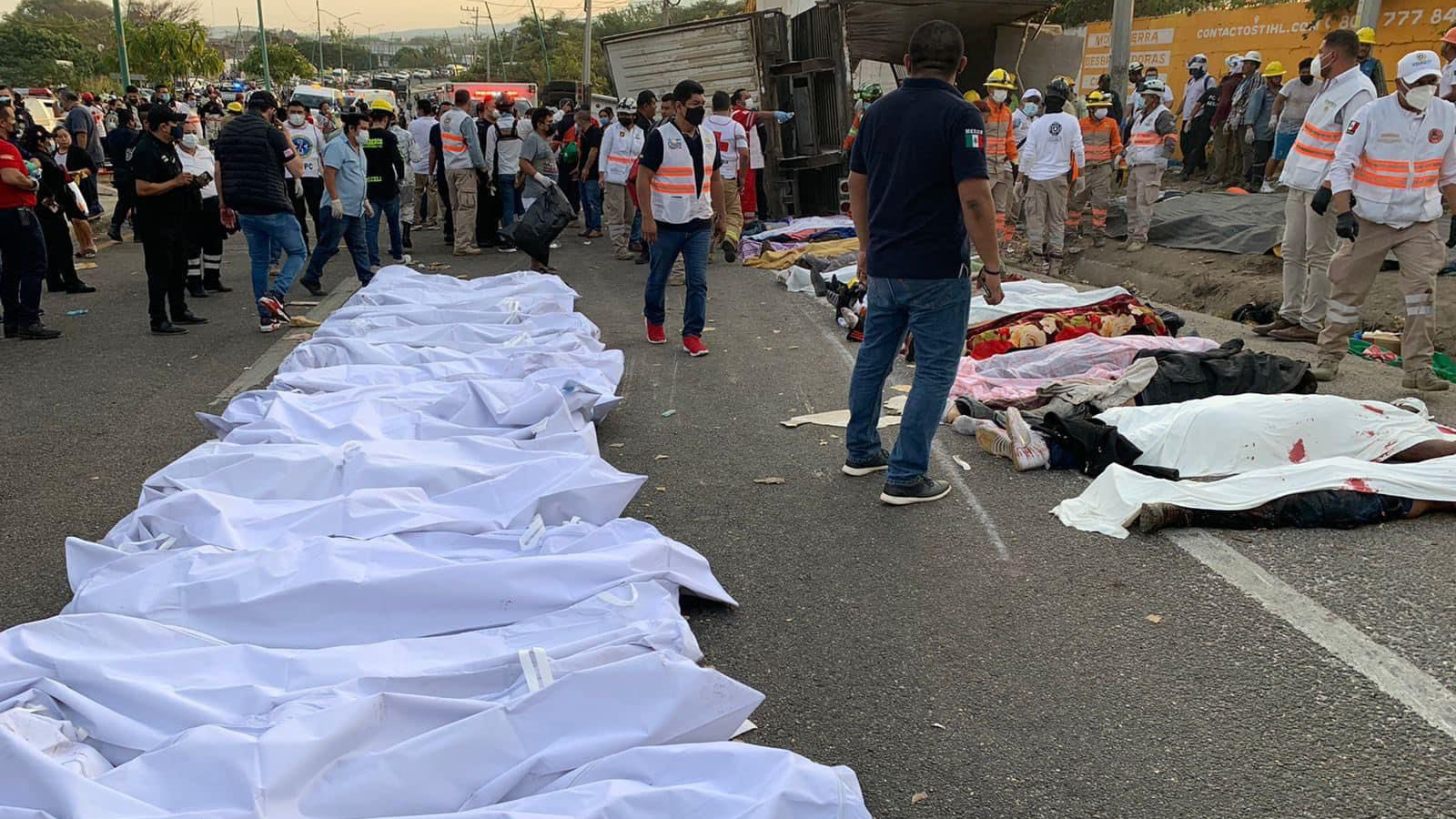 The worst thing is that these illegal services do not guarantee that they will reach their destination, because tragedies have happened along the way that end with their lives. One of these cases happened last Monday afternoon in Texas, or on December 10, 2021, when a trailer with 107 people inside its box overturned on the Tuxtla Gutiérrez-Chiapa de Corzo highway, in the state of Chiapas. The balance was 53 people dead and 54 injured, mostly from Guatemala and El Salvador.

The region is experiencing a record migratory flow to the United States, where the CBP detected more than 1.7 million undocumented immigrants on the border with Mexico in fiscal year 2021, which ended on September 30.

Mexico received more than 22 billion dollars from remittances during the first five months of 2022: BanxicoHuman trafficking: migrants are sold for up to 700 dollars in the US to enslave themRecruitment for organized crime, human trafficking and violations of their rights: the risks faced by migrant children

Alfaro: Video on the subjugation of police officers from Concepción de Buenos Aires is an old topic

Videos | Who are the party members who elect the new British Prime Minister?

11 phrases by Carlos Tevez: the first thing he did when he stepped on La Bombonera, how he handcuffed Boca and what he whispered in Agustín Rossi’s ear

Alfaro gives his opinion on a possible salary increase for deputies

Transport: these SNCF agents who rely on humor to brighten up journeys