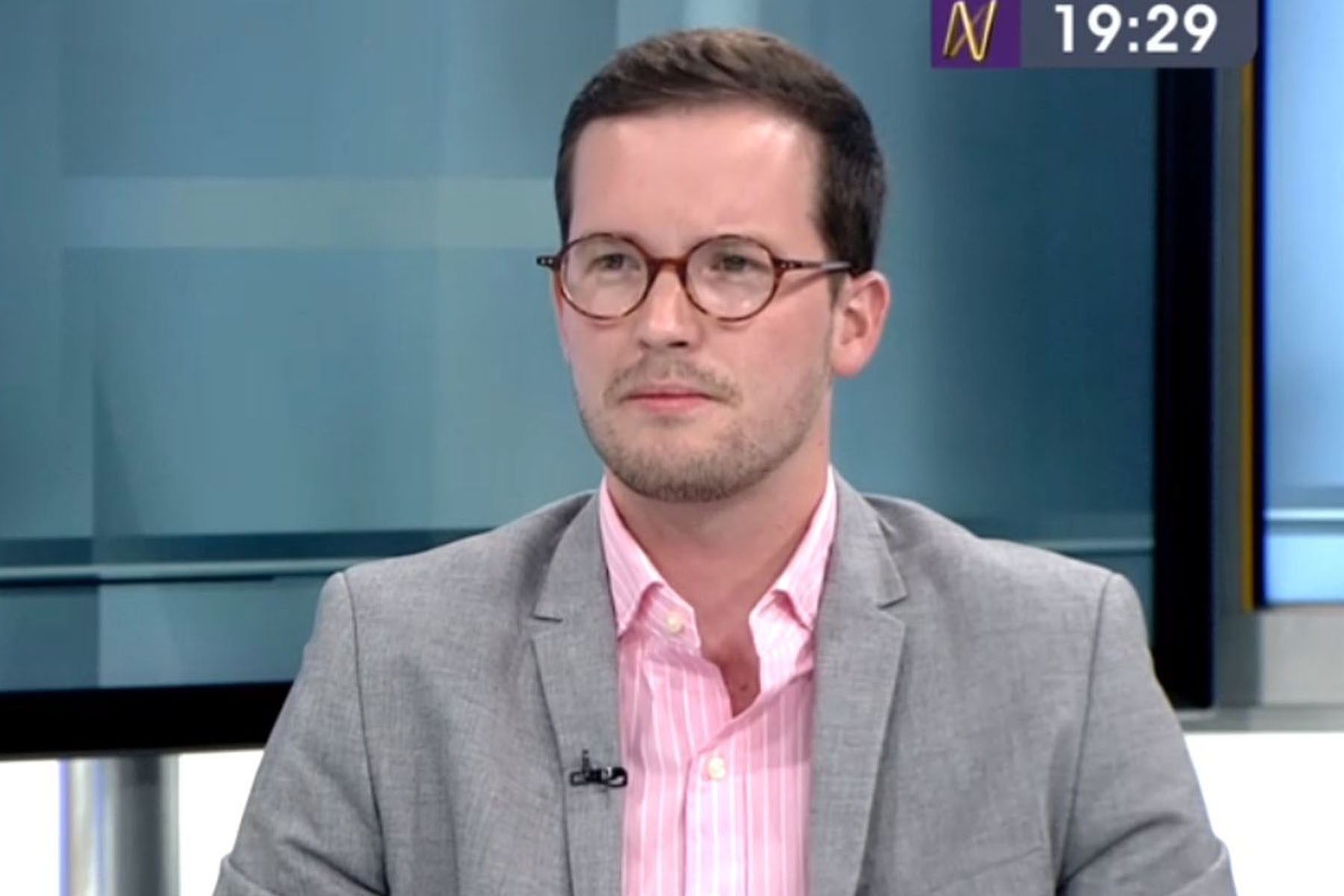 The congresswoman from Peru Libre, Silvina Robles, voted against filing the constitutional complaint against former president Manuel Merino for the death of Inti Sotelo and Bryan Pintado during the 2020 mobilizations, unlike Waldemar Cerrón and Guido Bellido.

For this reason, through his social networks, he expressed his feelings against the Permanent Commission of Congress for approving the report of the parliamentarian of Avanza País, Alejandro Cavero, whom he also criticized for calling “ignorant” to those who questioned his shameful work, where he covered up for “his godparents and political allies”, referring to Merino de Lama, and his former ministers, Ántero Flores Aráoz and Gastón Rodríguez.

“Ignorant is the one who, despite knowing the laws, performs legal juggling to cover up his godparents and political allies, denying the right to the truth of his relatives and relatives. Finally, he achieved his goal. The Standing Committee approved their infamous report. Young people will know how to judge him.” posted on his Twitter account. 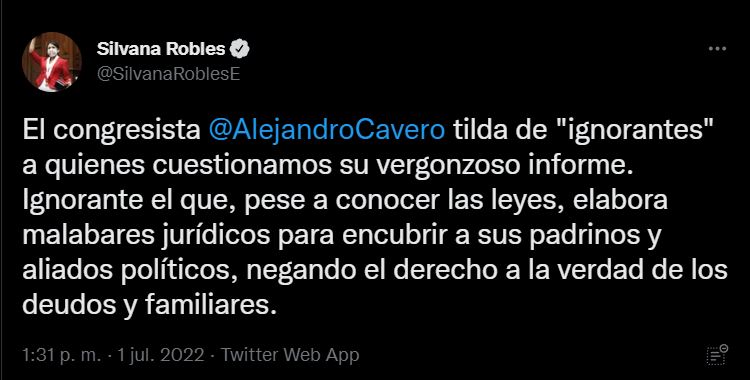 For his part, Cavero defended his report and responded to those who question it. As he tweeted, he has a clear conscience as the left seeks blame without proof” and not find those truly responsible for the deaths in the 2020 marches.

“The left sought to accuse three people of murder without evidence, and thus consolidate its true armor: not finding those who really shot Inti and Bryan. Today Congress rejected his political slogan. I have been objective and I am calm with my conscienceCavero tweeted.

The armoring was possible thanks to the votes of Acción Popular, Alianza para el Progreso, Avanza País, Fuerza Popular, Podemos Perú, Renovación Popular, Somos Perú and the former ruling party Peru Libre. In total, 22 congressmen were in favor, 6 against and one abstained.

Thanks to them, Merino de Lama, who held the Peruvian presidency for six days, would not be investigated for what happened in the marches against his regime in November 2020, which left more than 50 injured and 2 dead.

Two other ships with grain sail from Ukraine, according to Turkey

Weather in Chapala today: the forecast for Monday, August 8, 2022

Dordogne: the two fires in the Double forest are fixed, a hundred hectares burned

Approved the greatest Social Law of the Biden government