Aníbal Fernández, then a senator, was among those who criticized Buenos Aires Governor Daniel Scioli.

The Buenos Aires governor, Daniel Scioli, continued with two open fronts: the strikes of state workers, who protested against the division of the bonus in installments, on the one hand, and on the other the criticism of Kirchnerism. His chief of staff defended his management in a first official response with a tired argument: “Buenos Aires has a structural problem that has been going on for 25 years, which is the loss of the 7 co-participation points and the freezing of the suburban fund at $650 million since 1996″, said Alberto Pérez, who would later be involved in a case about enrichment.

To the negative statements of the president, Cristina Kirchner, and the Minister of the Interior and Labor, Florencio Razzano, that Tuesday were added those of the vice president, Amado Boudou —”there is a deficit that is not sustainable in these terms,” ​​he said, ” and it is very important to administer seriously”—, and Senator Aníbal Fernández, today Minister of Security.

Harder was the blow it received at the local level, when the president of the official bloc of the Buenos Aires Senate, Cristina Fioramonti, declared: “If the provincial government cannot afford salaries and bonuses, it is not the responsibility of the Nation. ”.

The fight between Kirchner and Hugo Moyano, who had been his ally until September 2011, deepened: Randazzo signed a resolution to rescind “the Fee Compensation Regime for the Psychophysical Evaluation of Professional Drivers”, better known as the monopoly that truck drivers had about the mandatory exams to obtain registration. Until 2007, the licenses to invoice some $100 million a year were divided with other unions, but then President Néstor Kirchner centralized it. 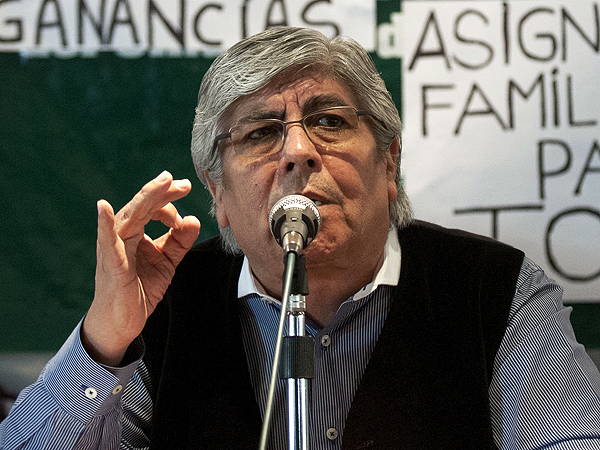 The fight between Cristina Kirchner and Hugo Moyano marked the end of the trucker monopoly of psychophysical exams for professional registration. (NA)

After the protest against the income tax, called by the general secretary of the CGT in front of the Plaza de Mayo, the president left the company chaired by Valeria Salerno, daughter of Liliana Zulet, Moyano’s wife, without purpose, created to provide these services to the social work of truckers.

The claims began during the early morning in Caleta Olivia, Pico Truncado and Río Turbio; by morning Río Gallegos, El Calafate, Las Heras, Puerto San Julián and Cañadón Seco had already joined. They happened inside the police stations. And they were carried out by the Santa Cruz police, mutinous although without weapons in the buildings. The “self-convocation”, as the representatives of this non-union group called it, asked for a salary increase that began at $5,000 pesos.

The protest would continue for several days. Different police officers asked for different things —100% increase, payment of overtime, reimbursement of expenses for the purchase of uniforms, suspension of abusive bosses—, but the provincial governor, Daniel Peralta, who did not have the best of relations with Cristina Kirchner minimized the impact.

His Secretary of Security, Alejandro Martín, accused Mario Monsalvo, who had been fired, of promoting the quartering and “destabilizing” the government. “This non-commissioned officer has a political approach to the ARI, so the measure is political,” he added.

Two days later there were burnings of roofs in front of the police stations, because the government had blocked the entrance of the policemen; one was made a block from Máximo Kirchner’s house. By the third day of the protest, Peralta had offered 34% in three installments, but more than 80% of the police officers were still mutinous and would not agree.

The residents of Cañuelas demonstrated after the murder of two merchants and entered the municipality.

In Cañuelas, a group of neighbors broke into the town hall to protest the murder of two brothers, Leonardo and Marcelo Massa, supermarket shopkeepers. In the streets and in the rain, people demonstrated both against the violence and against the government of Marissa Fassi, whose police chief, Hugo Martzkin, announced that a special working group would be formed to investigate the case and find the guilty.

The case had happened on Sunday night, when the Massa brothers were shot during an assault on the Doña Rosa supermarket. Fernando Marconi and Edgardo Sagini would be sentenced to life in prison in 2015 for the homicide during the robbery, after speculation about the motive, since one of the assailants had previously attacked one of the merchants and had just been released from prison.

The president delivered the first new documents to 12 transgender people and several babies of female couples, who could not be registered with two mothers because they were born before the Equal Marriage Law. “This is a day of immense reparation and equality, which is something as important as freedom,” Kirchner said. “When someone is ignored and repressed, it’s like not existing.” 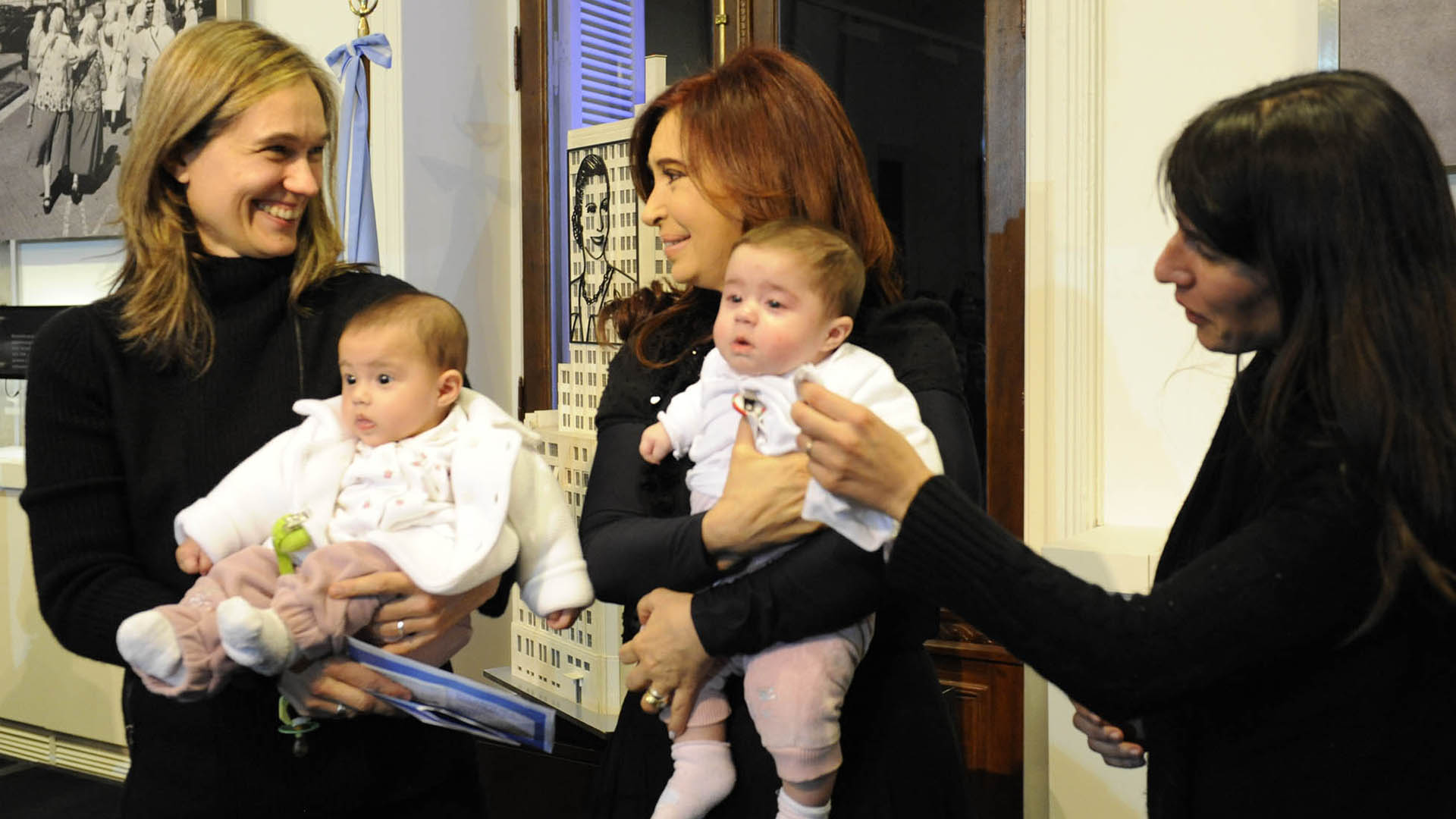 Laura Ruggiero and Catalina Schünemann were registered as the two mothers of their twins. (casarosada.gob.ar)

That Monday the translation of 50 shades of gray, by EL James, which was a sales phenomenon in the United States and caused enormous controversy for the aestheticization of gender violence. In real life, meanwhile, the trial began for the attempted femicide — the figure did not yet exist — of Corina Fernández, shot by her ex-husband in front of her daughters, at the school gate. Javier Weber, who had reported 80 times due to abuse and had violated restraining orders, said it had been “an incident.”

Weber would be sentenced to 21 years in prison for attempted murder and illegal possession of a firearm. After 17 days in intensive care, Fernández managed to survive; he still has two bullets in his body. He recounted his emblematic case in the documentary No me matesby Gabriel Arbós, to spread the epidemic of domestic terrorism.

Other dates in “A day like today 10 years ago” Emilio Pérsico: “At Cristina’s best moment there were 11 million workers without rights and that country is shit” The game played by Massa: head of a Cabinet of 12 ministers

AZ confidently heading for a duel with Gil Vicente: ‘We are in a good flow’ | NOW