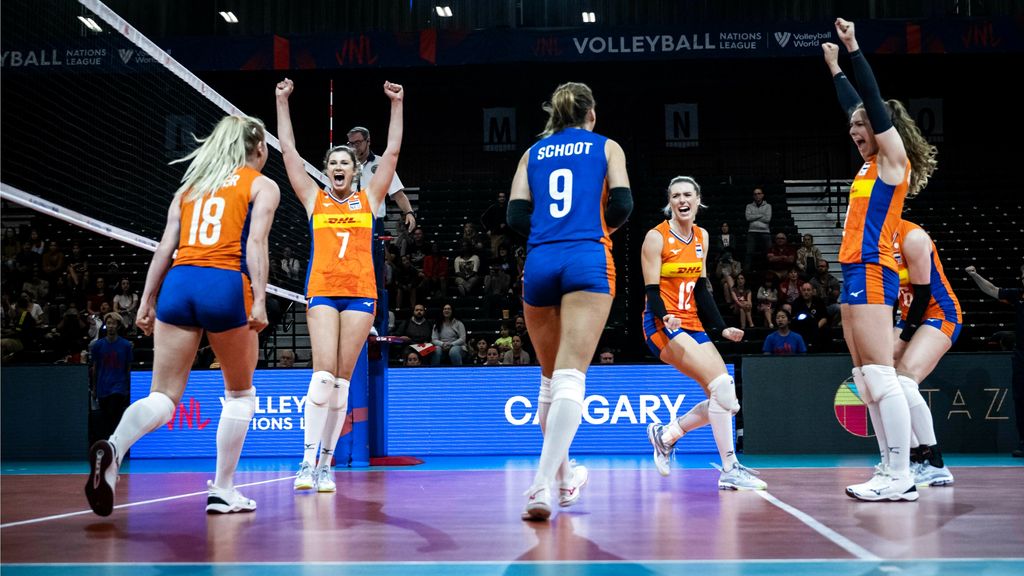 The Dutch volleyball players have won 3-1 against Belgium in the Nations League: 21-25, 26-24, 25-20, 25-21. The Netherlands had little to contribute in one and a half set in Calgary, but the match turned after Elles Dambrink replaced the barely scoring Celeste Plak.

Due to two errors by Britt Herbots, who made the difference for Belgium until that moment, the Dutch team came alongside after five points. A foot error by the Belgian star at 25-24 resulted in a set win.

From that moment on, the Netherlands had the game firmly in their hands. They won the third and fourth set convincingly and with good play. Thanks to the victory, Orange passes Belgium in the ranking.

No role of significance

With thirteenth place, the Netherlands does not play a significant role in the Nations League. The top eight advance to the quarterfinals. The Orange squad will close the Nations League on Monday with a game against Canada.