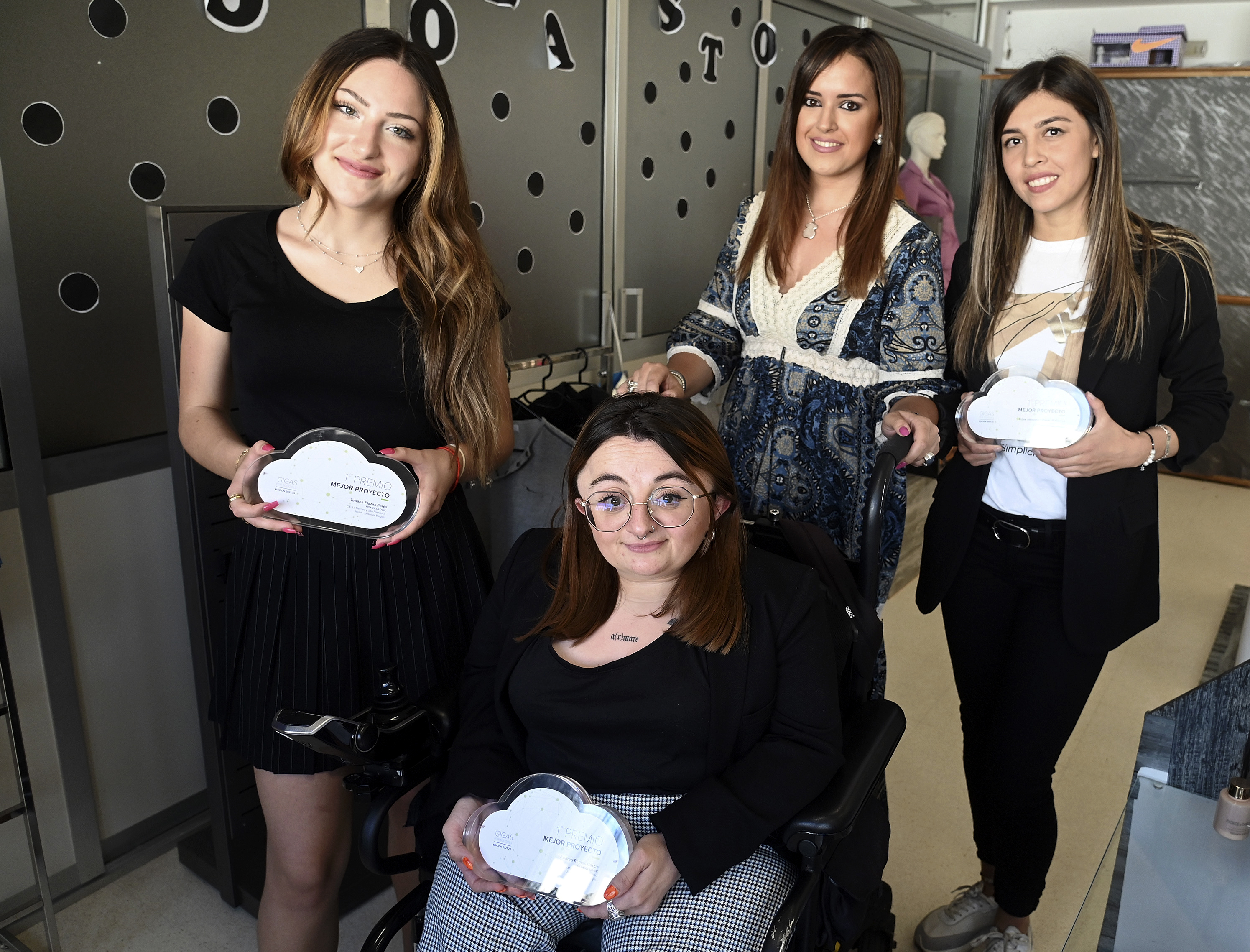 The best ideas come from entrepreneurs in their garage or from gatherings of friends who start thinking. Three Burgos women got together a few months ago to decide which project to choose for the subject Management of a Small Business in the intermediate level of Professional Training in Commercial Activities that they study at the La Merced and San Francisco centers in their city. The young Andrea Ramos, Erika Salazar and Tatiana Plazas began to spin and decided to focus on something practical, everyday, tangible: construction materials. They were looking for something ecological and sustainable and, after several investigations, they arrived at the mycelium: a fungus with properties similar to cement, hard and resistant. The teacher, Saray Capa, validated the idea and encouraged them to submit it to the Gigas national technological innovation contest. There, being the only all-female team, they won the prize.

The uproar after the victory has surprised the winners, who admit with laughter that the main objective was to obtain a good grade in class. At the moment, they do not know the score obtained, but they feel very satisfied with the achievement, for representing Burgos in the showcase of Spanish entrepreneurship and for vindicating the role of women in the masculinized world of construction. Andrea Ramos, 23 years old and with a motor disability, describes as “super gratifying” having executed that idea that became a reality “thanks to the trust of the teacher, who entered us in the contest and we were able to win.” “It was based on creating a product that protects the environment and ecological, you can start with homes and we have taken advantage of the construction boom. The environment cries out for help and improvements”, explains Ramos, who claims this small fungus as a future component of homes.

The tutor celebrates that her pupils have taken this final assignment so seriously. “The three of them investigated a raw material that is mycelium, the roots of fungi, which can be used as a construction material because it is a sector that grows again,” says Capa, satisfied with the use of a “renewable and sustainable” resource. which took the trio to Madrid, where they won the award. The great endorsement of these mycelia goes through “a resistance and regeneration capacity that has nothing to envy to the usual ones, a large quantity is produced in a short time and it is affordable”. The teacher compares the material generated with conventional bricks, a feasible use that the team is now going to try to register and put into operation. Thus, sound plates or tiles can be created in a production chain that can be carried out by construction companies or by freelancers who want to build their own house, something that has multiplied in the post-pandemic.

The youngest of the cast, Tatiana Plazas, 18, is still “digesting this beautiful experience” while they calibrate how to promote the project. They still don’t talk about numbers, but they do glimpse some aid that the Government has launched for innovative companies with the result of that meeting at Erika’s house, where they discovered that their now beloved mycelium has “minimum costs” and hardly any work has been done with it. Free way for that “eureka” initially conceived to carry out a subject. The rest is history and it comes after many hours of work in the classrooms of Burgos and outside of them. The person in charge of welcoming her friends on that afternoon of reflection expresses a “great satisfaction for the reward for effort, she makes me feel accomplished and makes me want to continue training.” Salazar, 30, defends women’s worth, a gap that he believes is being lightened by the arrival of women in sectors such as engineering or architecture. “We have shown that we can take responsibility,” says the student.

The big jump came when they had to move to the capital to defend their plan with the mushrooms. There, regrets the 31-year-old teacher, it was the only all-female group. “They are young women, entrepreneurs, in a historically male sector and they manage to give visibility to women who want to carry out projects,” Capas applauds. Ella Ramos’s student cries out for “normalization and integration in society”, because “not being one way or another should stand out more or make more effort” to succeed.

Plazas regrets that her invention was produced in an environment where very few women like them were seen. “There is always the image that projects are for men, but our mentality is that this does not have genders, but rather initiatives.” At 18 years old, she believes that this majority male presence seems to overshadow the work of women, something that she especially appreciated when she visited Madrid to find out who won the Gigas contest, they were taken to the Stock Exchange building. There they found that there was a “majority of the presence of men” both on the parquet and on the walls, since they saw an immense number of paintings with men. The woman from Burgos reflects on it and she trusts that times will change and equalize in all areas: “Isn’t there a woman who has been important in the Stock Market? In that there has been no evolution and the work of women is usually hidden.

How to always look great in the ‘selfies’