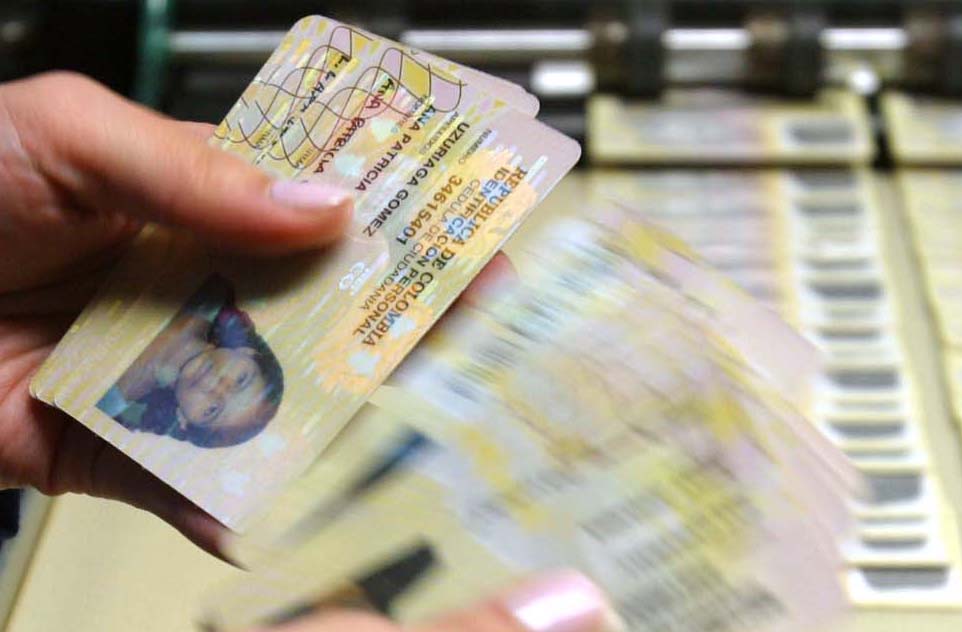 The Registry canceled more than 42,000 IDs before the legislative elections, due to irregularities in the nationalization documents.

The complaints were made known when several Venezuelans, who were naturalized as Colombians, many years ago, even before the migration crisis broke out, received a notification from the National Registry of Civil Status notifying them that their IDs had been cancelled.

What seemed like a rumor was confirmed after several investigations by media such as Colombia Check, which led some officials of this entity to give an official statement, which validated the facts and indicated that more than 42,000 identification cards were revoked for alleged irregularities. What caught the most attention was that this happened before election day where the Senate and House of Representatives would vote.

An irregularity, on the part of the National Registry, was the discretion and silence that was handled in the case, which was supported by decrees from past years, Decree 1260 of 1970: “By which the Statute of the Registry of the Civil Status of Persons”, to which was added Resolution 7300 of 2021, which explicitly: “establishes the joint procedure for the annulment of civil birth records for the formal causes dealt with in article 104 of Decree 1260 of 1970 and the consequent cancellation of citizenship cards due to false identity.”

This made the authorities ask citizens for identity documents, routine inspection, and find several “non-existent IDs” that led to detentions for days, until the citizen’s identity was confirmed.

As reported by the Colombia Check portal:

“The daily life of thousands of Colombian-Venezuelans, who obtained Colombian nationality by birth as children of Colombian fathers or mothers, has been affected: their bank accounts are frozen, they are left out of the health system (EPS) and possible exams, surgical interventions or treatments, they are left without a Colombian passport, property records or the acquisition of any other good or service are affected, they lose the right to vote or credit history, among many other alterations.”

which practically left these people in a situation of illegal stay.

The national director of civil registry, Rodrigo Pérez, explained that the entity reviewed almost 300,000 civil registries, of which some 42,000 presented irregularities, which is why the certificates were canceled.

In dialogue with Semana Pérez gave more details of the investigation that was carried out:

“Many of the people who presented the birth registration did not apostill it or apostilled it with information that did not correspond to the truth. It means that they used false or lying documents to prove that the document they brought as a foreign birth registration was valid to be presented in Colombia (…) If for any reason we establish that the people who are affected in the validity of the civil registry and as a consequence cancellation of the citizenship card accredits a registration that met the requirements, we revoke it because we do not want to generate any situation and inconvenience”.

For this, the National Registry provided on its website a space called “Extemporaneous civil registry review project”, where citizens are asked to enter the Unique Personal Identification Number, NUIP, with which they will validate if the document is valid or not.

In the event that the document presents any irregularity, the person will have to go to a Registry office, request the file that supports with documents the reason for citizenship, a copy of the nationality resolution and what is called proof executory.

To date, there is no figure or balance on whether the entity was correct, or not, with these canceled documents, in addition to the fact that there is no result of the process for Venezuelans to recover their second nationality. Infobae tried to communicate with the Registry, but, until the moment of this publication, no response was obtained.

Manolo, the accused of abusing the children of a kindergarten in Medellín, could be released Some of the indigenous people who were in the National Park still do not reach their territories