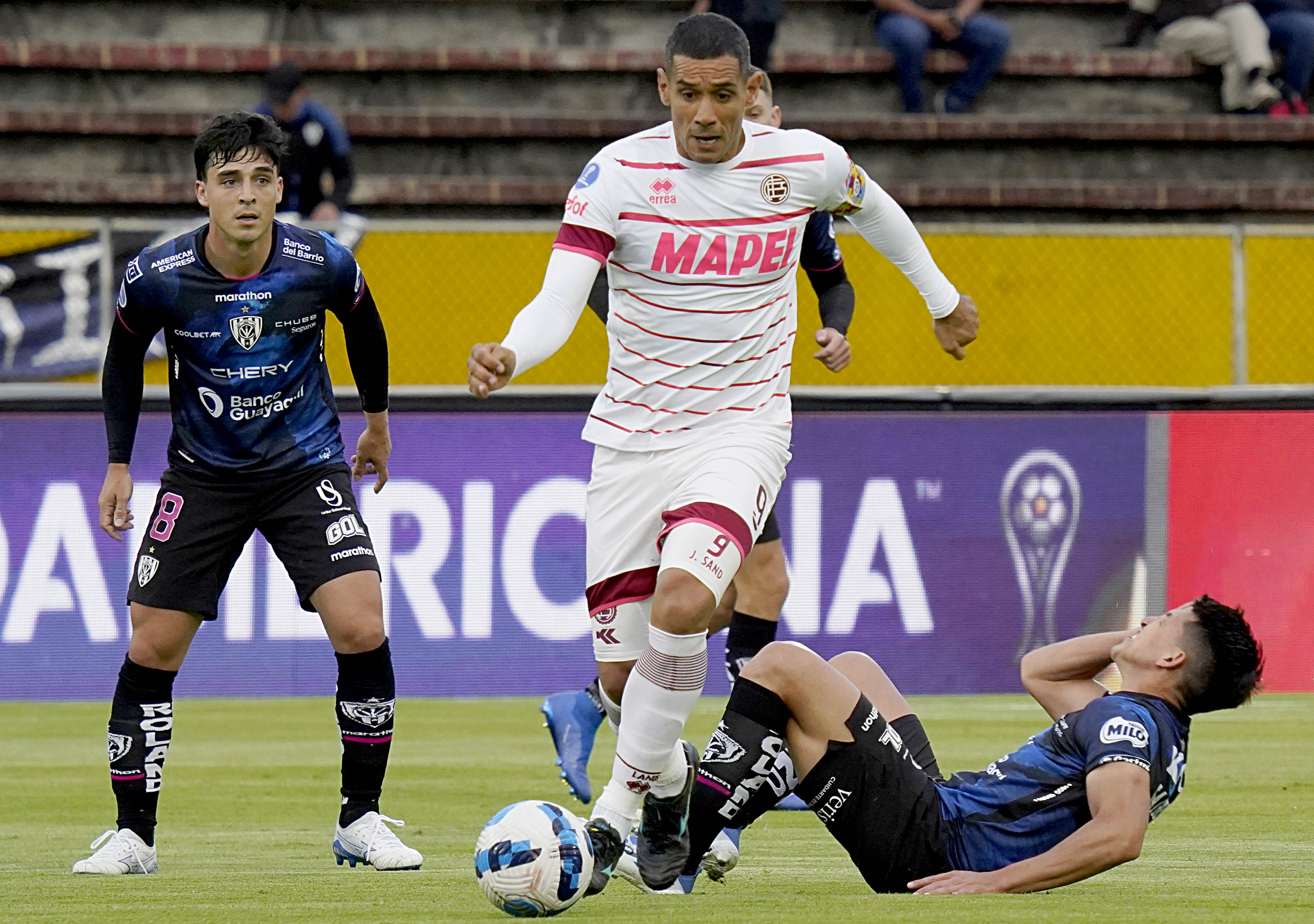 José Sand was very alone in the Lanús offense, which fell 2-1 in Quito against Independiente del Valle (API – DANIEL MOLINEROS)

Independiente del Valle won 2-1 with Lanús in the first leg of the round of 16 of the Copa Sudamericana. It was played in the In the Olympian Atahualpa of Quito at 2,850 meters high. The goals were scored by Richard Schunke and Jaime Ayovi for the Ecuadorians and Tomás Belmonte for Garnet. The key will be defined in a week in La Fortaleza.

At the start they were studied and it was a monotonous procedure. The Ecuadorians played more in the Garnet field, but without depth to hurt. The former Independiente de Avellaneda, Fernando Gaibor, failed to generate the game of his team, while in Lanús the newcomer Raúl Loaiza did not meet Lautaro Acosta and José Sand was left very alone in the lead.

The game continued to be played in the Lanús field, which knew how to defend itself and bet on some against. Meanwhile, Independiente del Valle moved a lot, although without the precision in the last pass to be able to produce scoring chances and some attempts with mid-distance shots did not alert Lanús, who felt comfortable with this procedure.

Although in the additional part of the first half the locals took the lead. It was in the 46th minute when Argentine Richard Schunke headed in from a corner kick and goalkeeper Fernando Monetti could do nothing to prevent the scoring from opening. It was the first great emotion of the meeting.

Schunke’s good header that opened the scoring in Quito

At the beginning of the complement, Lanús had to look for a tie and that created spaces for Independiente del Valle, who had a chance to widen their difference. But in the first approach to the local area, Garnet reached equality in the 60th minute after a shot by Maximiliano González that goalkeeper Wellington Ramírez rebounded and Tomás Belmonte captured to convert. The judge received the call from the VAR for a possible prior foul, which was dismissed.

After a few minutes in which the Ecuadorians felt the blow of the tie, they came back and Monetti showed off with a providential save against Jhoanner Chavez. The garnet goalkeeper ratified his figure status when with ten minutes to go he avoided an Olympic goal.

Later, the locals continued to try with crosses and shots from medium distance in which Monetti once again responded with confidence. However, in the epilogue, at 93 minutes Jaime Ayovi gave Independiente del Valle the victory with another headed goal.

Lanús will play for the sixth date of the Professional League on Sunday when they will visit Unión in Santa Fe (1:00 p.m.). While the revenge for the second round of the South American will be next Thursday in La Fortaleza (19.15). There it will be defined who will advance to the quarterfinals of the second club tournament in the region.