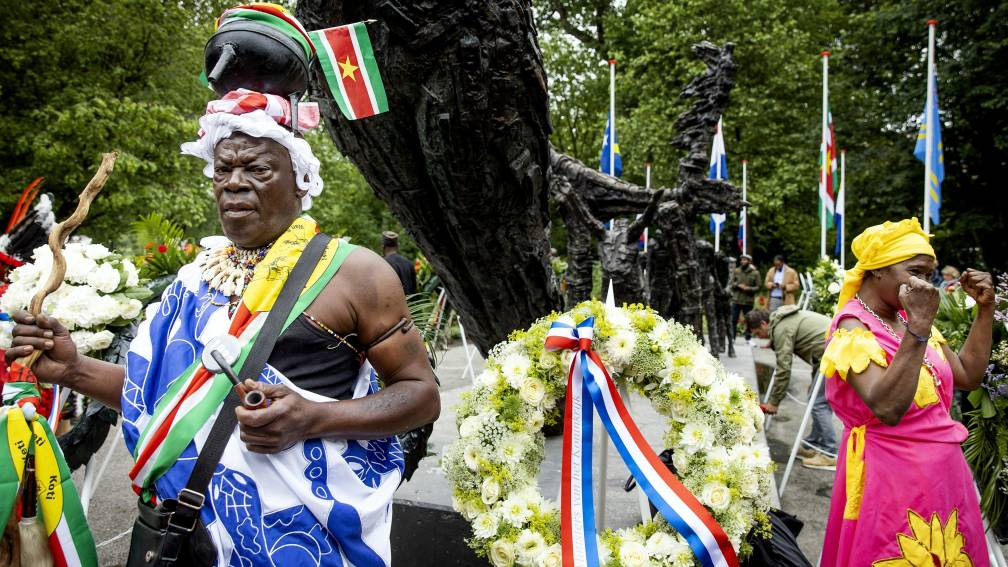 Today is Keti Koti. The day on which every year the abolition of slavery is commemorated. The horrific things that happened during slavery are discussed.

Keti Koti means breaking the chains. This refers to the chains with which the enslaved were held.

The Netherlands used to have many plantations, including in Suriname. There, enslaved people had to work hard. They received severe punishments and were treated badly. The Netherlands earned a lot of money from it.

Slavery was abolished on July 1, 1863. Yet the enslaved were forced to continue working for another 10 years.

Keti Koti is commemorated and celebrated in more and more places in the Netherlands. Yesterday there was the first commemoration in the province of Drenthe, in Assen.

Today is the largest commemoration in Amsterdam. There is a large, festive procession for this commemoration. Children also participate in this and you can see them tonight in the Jeugdjournaal.