Karen Caballero was assailed by an “unexplained heaviness in the chest” on the night of Saturday, June 25, 2022. The boys no longer communicated.

Two days later, around 8:00 at night, he received a news alert from the Honduran channel HCH on his cell phone. Dozens of migrants had died of heat inside a truck that was located near the city of San Antonio, in the state of Texas.

Karen searched Google and Facebook for the phone numbers of Honduran consulates in the United States, hospitals and police stations, to find out if her two sons and her daughter-in-law were on the list of victims.

It was 2:00 in the morning and no one was answering.

They died after being locked inside a trailer at 40 degrees Celsius with no ventilation.

“How, being such an overprotective mother, could I let what happened to my children happen to them?” Karen asked in conversation with the BBC. “If my children did not return at 10:00 at night, I was capable of walking out to look for them until I brought them home.

Karen speaks calmly and poised, although she admits that she hasn’t had time to cry, overwhelmed by the calls from so many family members, friends and journalists. 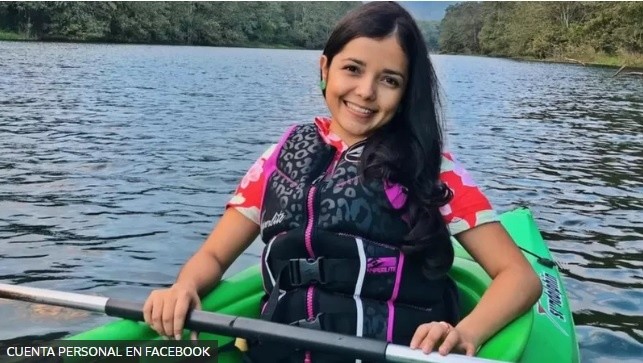 Karen remembers that Alejandro and Margie became boyfriends when they studied together at an Adventist school in Las Vegas de Santa Bárbara, a town located 200 kilometers from the Honduran capital of Tegucigalpa.

“The first year of the couple, they got married in the wedding tree at school, with paper rings. They were 17 and 18 years old,” says Karen.

Margie entered the Faculty of Economics at the Autonomous University of Honduras, and Alejandro enrolled in Marketing at the University of San Pedro Sula.

Every day they traveled more than 100 kilometers to San Pedro Sula, a couple of hours by bus that they had to take at dawn to get to the first class on time.

Margie and Alejandro finished the race and stayed in San Pedro Sula. Surely there would be more chances to get good jobs than in the village. The best opportunity they found was to work as operators in a call center.

Karen celebrated when Margie and Alejandro bought their first refrigerator. Each appliance, each piece of furniture, reinforced the conviction that they had made the right decision to study at university and dedicate themselves to building a professional career. 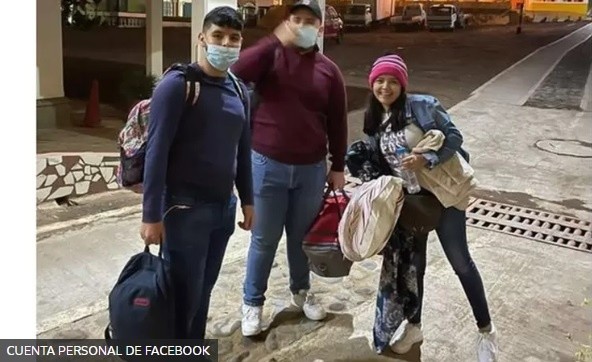 Fernando Redondo, Alejandro Andino and Margie Paz traveled to the US together.

Over time, the couple’s salaries became so precarious that Karen and her mother, Alejandro’s grandmother, rethought the family budget to help them with groceries and money to cover the rent each month.

Alejandro’s grandmother had a buffet restaurant in Las Vegas, Santa Barbara, where Karen learned to run the business. She later set up her own restaurant, but it went bankrupt during the coronavirus pandemic.

The family economic situation tightened after the pandemic. Karen had to help her daughter Daniela and her seven-month-old baby. Fernando, the youngest of the three, decided to drop out of school during the lockdown.

Unlike his older brothers, Fernando did not want to go to college. He dreamed of playing soccer like Lio Messi. Though he didn’t apply himself academically, Karen admired his ambition, a drive more akin to Grandma’s business mentality than to Alejandro and Margie’s academic vocation.

“Imagine mommy, if there are no jobs here for those who study, what will I have left that I didn’t study?” Fernando asked Karen when he told her of his intention to emigrate to the United States.

Even though her children were adults and made their own decisions, Karen knew she could persuade Fernando to stay in Las Vegas, Santa Barbara and help out at Grandma’s restaurant. All had once worked in the kitchen or at the store’s cash register.

Nevertheless, Karen agreed with her son. A world of possibilities would open up once it crossed the border between Mexico and the United States.s. 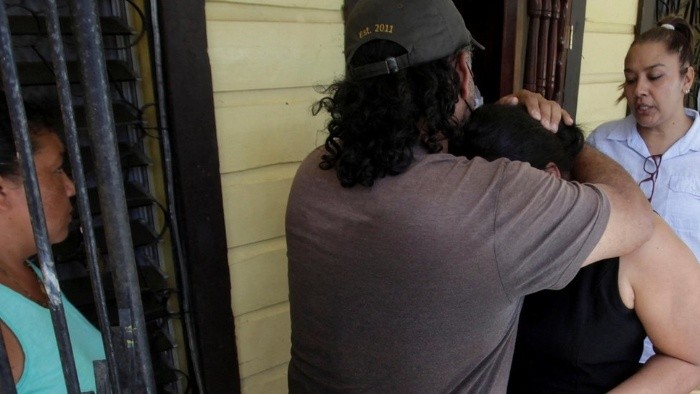 Karen Caballero awaits the repatriation of the bodies of her sons and daughter-in-law. GETTY IMAGES /

The initial proposal was for Fernando to travel alone. But Alejandro and Margie were encouraged to accompany him.

Alejandro was the closest thing to a father for his younger brother, Karen tells the BBC. His equanimity and mettle made him the person everyone in the family turned to when there was a problem to be solved.

In a telephone interview with the BBC, Karen refused to reveal details about the travel arrangements: how much it had cost, how it was planned or what the route was.

Karen, her children, and her daughter-in-law took a taxi to Guatemala to say goodbye before continuing on to Mexico. They toured the city of Antigua, and were amazed by the clothing of the indigenous peoples. They were moved to see how the women carried their children on their backs.

Margie, Alejandro, and Fernando followed the trail through Mexico. For 20 days they communicated with Karen through Whatsapp to update her on the news of the trip.

Karen still does not know when the bodies will be repatriated to Honduras.

While talking to the BBC, he received a call: “It’s from the Presidential House here. I’ll call you back.”