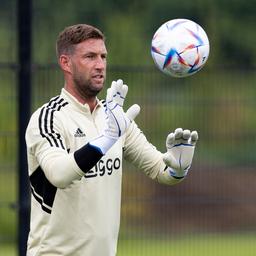 Maarten Stekelenburg sustained a foot injury during Ajax’s training camp in De Lutte, the club reports on Friday. The 39-year-old goalkeeper has now gone home and will be sidelined for at least a few days.

Ajax will play a practice match against SC Paderborn at Sportpark Vondersweijde in Oldenzaal on Saturday, which will play in the 2. Bundesliga.

Stekelenburg extended his contract with Ajax for a year last week, making him the first forty-year-old ever in the selection of the team from Amsterdam next season.