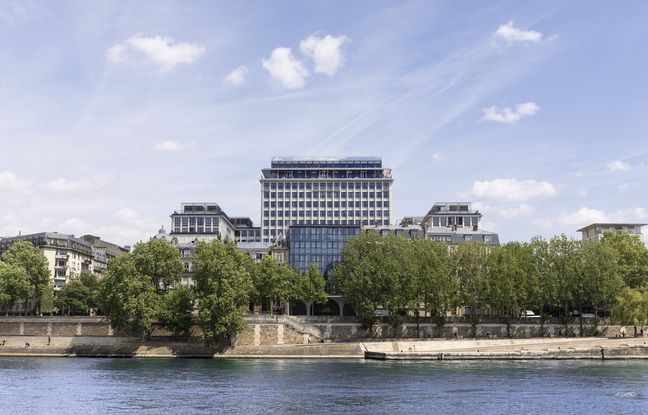 A cetacean, probably a whale, which appears to be in good health, has been observed several times in the estuary of Le Havre, between the Normandy bridge and the Tancarville bridge, we learned on Friday from concordant sources.

The animal could be an adult sharp-nosed whale, about ten meters in size, according to the observations of several associations, including Sea Shepherd France, cited by the Seine-Maritime prefecture in a press release.

“From what we have seen and what has been reported to us, he appears to be in good health. He swims normally, ”explained Lamya Essemlali, president of the NGO for the defense of the oceans, on Friday.

If the NGO has “no a priori concerns about its state of health”, its priority is to monitor the progress of the cetacean. “He must not arrive in fresh water, otherwise it would be problematic: his days would be numbered”, according to Lamya Essemlali who evokes the possibility of making a sound barrier to keep him away.

“The animal observed moves slowly, but with powerful movements, and seems in good physical condition”, notes for its part the prefecture.

A dead killer whale in the Seine

In mid-May, an orca in great difficulty had been observed in the Seine between Le Havre and Rouen. The cetacean was found dead at the end of May.

A group of experts responsible for monitoring the animal had been created and had decided to euthanize it after the failure of operations to guide it towards the sea, in particular by means of underwater sound stimuli.

Intense Russian bombardment in the town of Bájmut, in Donetsk