Tim van Rijthoven in the third round of Wimbledon. Something that was thought impossible a few weeks ago is now a reality. Today he trained together with world top player Carlos Alcaraz, whose game resembles Van Rijthoven’s opponent from Friday: Nikoloz Basilashvili.

“A very nice boy, Alcaraz. Also off the track.” Van Rijthoven quickly gets used to his new status in international top tennis. He changed after his title in Rosmalen from a relatively anonymous player to one who is fully in the spotlight. And who is already training with one of the best tennis players in the world. Alcaraz is seventh in the world ranking, but is seen as the future number one.

The fact that he wanted to spar with Alcaraz is due to the Spaniard’s playing style, says Van Rijthoven. “I was very happy to train with him, because he is a hard hitter just like Basilashvili. So I got similar balls today.”

Van Rijthoven likes that his Georgian opponent has such a playing style. “He is someone who plays with a lot of risk. That means that I will probably get a number of winners, but also that he will make mistakes. So there are opportunities there.”

Given his stable game against American Reilly Opelka in the previous round, that seems a fair conclusion. Even then Van Rijthoven remained calm and patiently waited in the rally for weaker shots from his opponent. Still, he expects a tough game against Basilashvili. 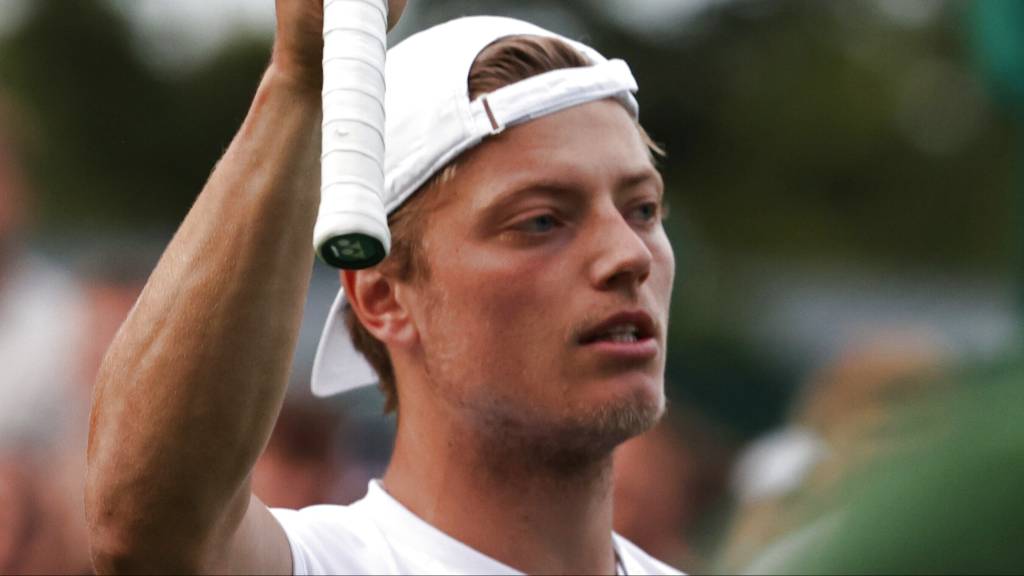 Tim van Rijthoven after his victory over Reilly Opelka

“I go on the track with confidence, but Basilashvili is just a top-25 tennis player. It will be very tough, so I don’t look any further, which I already see happening in my area.”

It is therefore not surprising that some already fantasize about an eighth final. With a win over Basilashvili, Van Rijthoven might have a meeting with defending champion Novak Djokovic.

A beautiful poster, Van Rijthoven also thinks, but still far away. On the other hand, it is now quite a realistic scenario. Especially if he takes to the track with the same feeling as against Opelka. “I also went into the game against him with the idea that I could win. I was comfortable and felt that I played better than him. I was convinced that I could win.”

If that also succeeds against Basilashvili on Friday, he will have survived the first Wimbledon week and thus achieved a big goal. “That was really just a bad dream, but it’s getting very close now.”

No points at Wimbledon

If it is bad for someone that no points for the world ranking can be earned at this edition of Wimbledon because of the exclusion of the Russians, it is for Tim van Rijthoven. He is in place 104 and normally had already entered the top 100 because of his victories.

“It’s a shame that I don’t get points,” he says. “Otherwise I would have climbed to 85th place already. But, even if there were never points to earn here, I would still play this tournament every year.”