Tremor in Mexico: earthquake with epicenter in Cintalapa, Chiapas 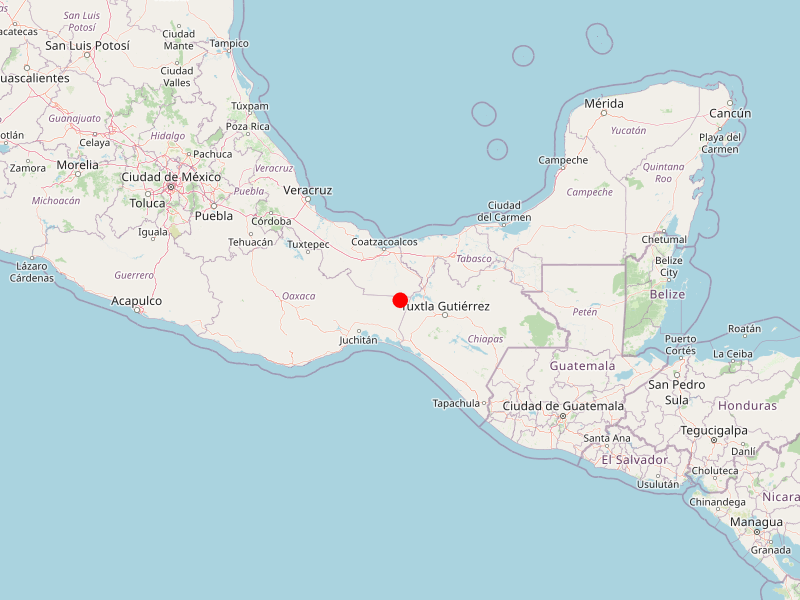 An earthquake of magnitude 4.1 and with a depth of 156 kilometers alerted the residents of the city of Cintalapa at 12:31 local time (17:31 UTC) today.

The movement had as its epicenter 58 km northwest of said city in the state of Chiapas, according to preliminary information from the National Seismological Service (SSN).

In the face of significant seismic activity, the National Center for Disaster Prevention (Cenapred) recommends not falling for rumors or false news and only get information from official sources, such as Civil Protection authorities, both local and state, as well as federal.

After an earthquake, check your home for possible damage, use your phone only in emergencies, do not light matches or candles until you are sure there are no gas leaks, and remember that aftershocks may occur, so it is important to be alert.

You can also take the following steps before an earthquake: prepare a civil protection plan, participate in evacuation drills, identify safety zones at home, school or workplace and prepare an emergency backpack.

During an earthquake keep calm and stay in a safe place, stay away from objects that could fall; if you are in a car, park and move away from buildings, trees and poles; and if you find yourself on the coast, stay away from the beach and take refuge in high areas.

Mexicans are used to this type of event, since the country is located in an area of ​​high seismicity. It is worth remembering the great damage of the earthquakes of 1985 and 2017, which caused great havoc throughout the Aztec territory. However, there are records of even more destructive movements in the country’s history.

During the colonial era, the strongest earthquake recorded in the history of what is now Mexico occurred. It occurred on March 28, 1787, its epicenter was in Oaxaca, it had a magnitude of 8.6. The movement was so violent that it caused not only the earth to shake, but also caused a tsunami that reached 6 kilometers inland.

According to data from the Center for Seismic Instrumentation and Recording (Cires), carried out in 2009 on the aforementioned earthquake, there is the possibility of a repetition of events above that magnitude. It is estimated that they may occur in the coming years. Its epicenter is calculated on the coasts of Mexico and Central America, since these are located in the so-called Guerrero Gap. This area is characterized by the accumulation of a large amount of geological energy.

However, seismic events of lower magnitudes can also cause great destruction. During 1985 and 2017, Mexicans watched in amazement as the country’s capital plunged into chaos due to two earthquakes of lesser intensity than that of 1787.

On September 19, 1985, an earthquake of magnitude 8.2 occurred, with an epicenter in the state of Guerrero. It was 07:19 local time (13:19 UTC). At that time, it was thought that there would be no more earthquakes of such dimensions, but a similar event occurred exactly 32 years later.

The beluga is doing better, will it still be saved?