The conviction of Salah Abdeslam, a “relief” for the victims 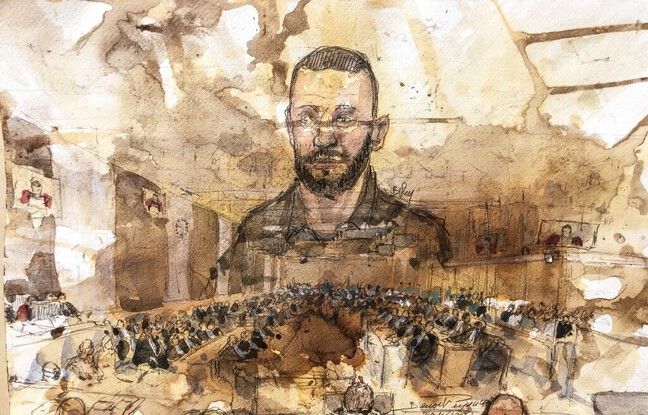 At the specially composed Court of Assizes of Paris,

In the spans of the long, light-wooded room, the tears came out suddenly, on both sides of the room. Sign of the overflow accumulated over the past nine months and the past few hours. The wait, the crowd, the strong media presence, the weight of the legal stakes and the late statement of the sentences will have got the better of the serenity of the civil parties and certain defendants. Tears which also sign the immense “relief” felt at the end of these 149 days of hearing at the trial of the attacks of November 13.

“We will finally be able to turn this page”, slips into the room of lost steps, David Fritz-Goeppinger, survivor hostage of the Bataclan. Like this trial, this final day will have stretched out in time. Expected for 5 p.m., the decision of the Assize Court was finally delivered shortly after 8 p.m., in front of a full house. In barely fifty minutes, President Jean-Louis Périès sealed the fate of the 14 defendants who had been appearing since September and of the 6 men tried in their absence and presumed dead in Iraq or Syria.

Requisitions followed for Abdeslam and Abrini

Anxious to shorten this last hearing, the President of the Assize Court immediately indicated that he wanted to “spare the exhaustive reading” of the 120 pages of their decision written over three days of deliberation. All found guilty, the 14 defendants present received contrasting sentences. With a closed face, Salah Abdeslam, the only survivor of the terrorist commandos, was sentenced to the heaviest sentence provided for by our Penal Code. Qualified as a “co-author” of the attacks in Paris and Saint-Denis by the court, the 30-year-old was sentenced to an incompressible life prison sentence. A first for acts relating to terrorism.

Like him, five of the six defendants tried in their absence – including the sponsor of the attacks Osama Atar – were sentenced to this maximum sentence. A life sentence also decided for Mohamed Abrini, nicknamed in the press “the man with the hat” after his identification at Brussels airport during the attacks that hit the Belgian capital. Unlike Salah Abdeslam, however, the Molenbeek resident benefits from a 22-year security period. For these two childhood friends, the magistrates of the court have chosen to follow the requisitions of the National Anti-Terrorist Prosecutor’s Office.

For all the other defendants, however, the sentences handed down on Wednesday were lower than those requested by the prosecution. Hamza Attou, Ali Oulkadi and Abdellah Chouaa who appeared free, after a period of pre-trial detention, will not return to prison. Moved and relieved, the three men sentenced to 4 and 5 years in prison – with suspended sentences – hugged their lawyers for a long time when they read their sentences. In the box, Farid Kharkhach, also displayed a broad smile. The 39-year-old Belgian-Moroccan received the smallest sentence: 2 years in prison. Detained for five and a half years already, he should be released from detention in the next few hours – his wife is coming to pick him up from Belgium.

According to the court, he did provide false papers for the jihadist cell, but “no element” proves that he knew what they would be used for. The terrorist qualification was therefore not retained. For others, the verdict was much heavier. Targeted by life imprisonment and remained silent throughout the trial, Osama Krayem, Sofien Ayari and Mohamed Bakkali were sentenced to 30 years in prison. An 18-year prison sentence was handed down to two men – Adel Haddadi and Muhammad Usman – chosen by the Islamic State for a suicide mission in France but arrested before on the Balkan route. Finally, three friends of the El-Bakraoui brothers, Belgian logisticians from the jihadist cell, received 8 to 10 years in prison.

The lawyer for one of them, Ali El Haddad Asufi, welcomes a “satisfactory” decision: “Overall, there are a lot of surprises. It was a historic trial with a heavy emotional charge. The sentence for our client is satisfactory in view of the harshness of the requisitions. It has been ten trying, up and down months. We are happy to reach the end. But it is obvious that many are paying for others. Some have served as a symbol and pay for the dead, ”reacted Me Jonathan De Taye.

Exchanging at length with their client through the glass wall of the box after the verdict, Salah Abdeslam’s lawyers did not react to the extremely rare sentence aimed at their client. The voice covered by the hubbub of the public ready to leave the room, Jean-Louis Périès recalled that the accused now had 10 days to appeal. A prospect difficult to imagine for many civil parties gathered this Wednesday evening on the steps of the old courthouse. Thomas, 30, survivor of the Bataclan, intends to take advantage of the end of this trying sequence: “I feel liberated, I was so eager for it to end”. It is now done.