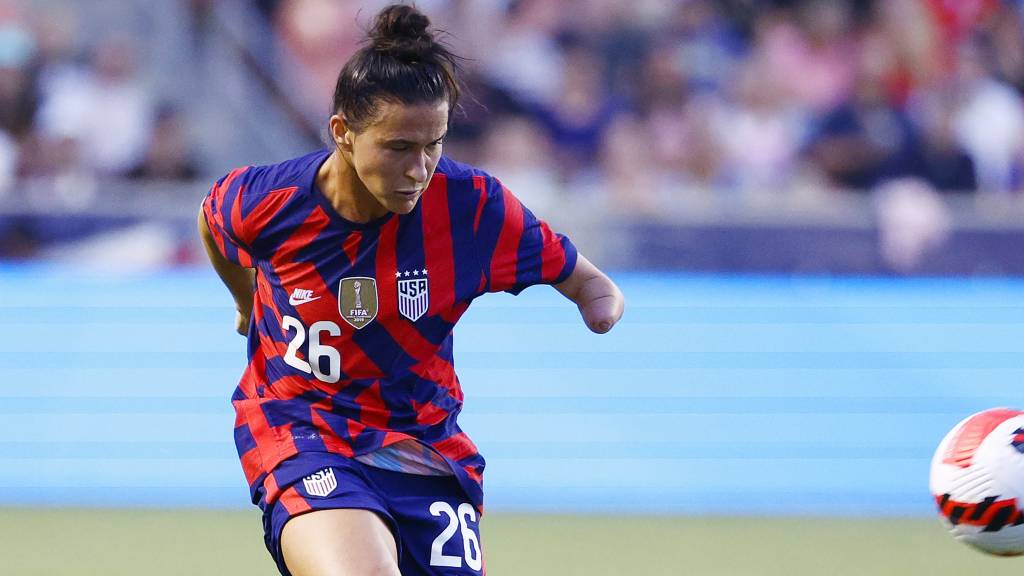 Carson Pickett, who was born without a left forearm, made her debut for the United States national soccer team on Wednesday. The 28-year-old player of North Carolina Courage has been committed to people who have (partially) missing a limb for years. She is the first soccer player with a physical disability to make it to Team USA.

Pickett played with the national team for 90 minutes in a friendly match against Colombia, which was won 2-0. After the game, the defender received compliments from the national coach.

In 2019, Pickett became a global face when a photo of her and a two-year-old boy who was also missing a hand went viral on social media. It gave the soccer star the opportunity to work in front of a large audience to raise social awareness for people with a ‘limb difference’.

So that photo moved a lot for Pickett. Also a collaboration with Nike, with which she designed and released a football shoe with Velcro for people with one hand.

“I have the opportunity to impact a lot of people,” Pickett said in an interview. “My parents tell me to make good use of the platform that God offers me. I can use my arm for something bigger than myself. I want to have a positive influence on children and people who sometimes see no way out.”

While Pickett’s debut for America is of course something special, there have been more players with a similar physical disability who played football at a high level. Sporthistorie.nl be aware of it story by Uruguayan Héctor Castro, who lost his right arm at the age of 13 in an accident.

He won just about everything there was to win. In 1926 Castro won the Copa América and in 1928 a gold medal at the Olympics. Two years later, he became world champion with Uruguay at the first ever World Cup.