Smoke detector, energy tax, minimum wage: this will all change on July 1 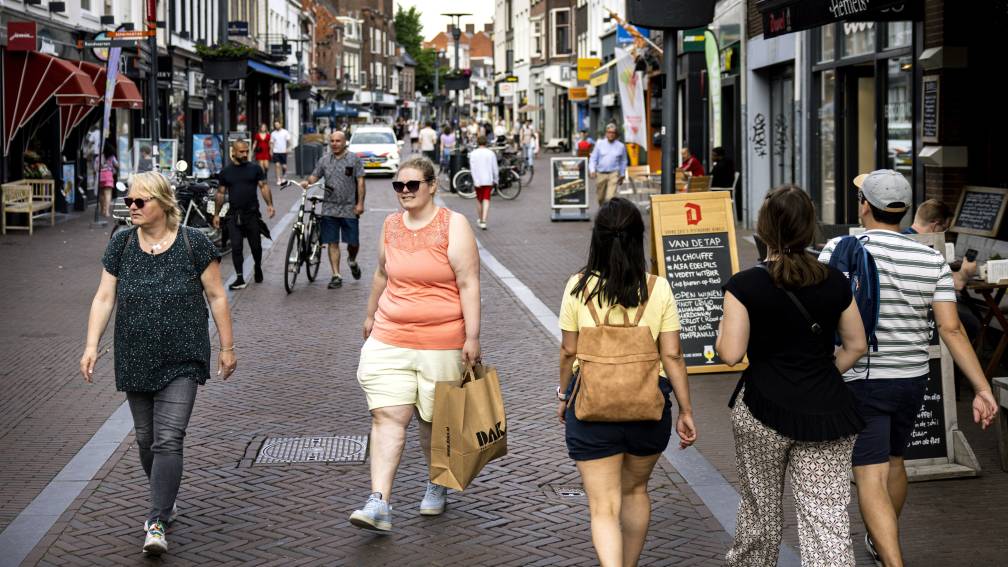 Just like on January 1, laws, rules and rates will change again tomorrow, July 1. Therefore, here is an overview of the most important changes.

VAT on energy down

To ease the pain of the increased gas and electricity bill, the cabinet has decided to lower the VAT on energy as of 1 July. As a result, you do not pay 21 percent but 9 percent VAT on natural gas, electricity and district heating. This measure will last until the end of this year. As a result, households will pay 140 euros less VAT this year.

At the same time, some energy companies will increase their variable rate as of July 1 because of the increased costs, which means you will pay more.

The cabinet has also taken measures that will be in effect throughout the year, such as a reduction in the special tax on energy. As a result, an average household receives a total discount of around 565 euros. And for households with a low income there is an extra compensation of 800 euros.

In homes, from now on, a smoke detector must be installed on every floor. This has been mandatory for new build homes since 2003, so homes built in 2003 or later should already have them.

Smoke detectors in new-build homes must also be connected to the electricity grid. This rule does not apply to older homes, so you can also stick a smoke detector with battery or accumulator on your ceiling. In rented houses, the landlord must arrange the smoke detector.

Every year on 1 July, landlords are allowed to increase the rent. The government has determined that the rent increase in the free sector may not exceed 3.3 percent. For social housing, the maximum is 2.3 percent.

There are exceptions for people who earn relatively much and live in social housing. Rents can go up more for them. For a single-person household with an income between 47,948 and 56,527 euros, the rent may increase by a maximum of 50 euros. If you earn more than the maximum rent increase is 100 euros. For a multi-person household that earns between 55,486 and 75,369 euros, a maximum rent increase of 50 euros applies and with an income above that a maximum of 100 euros.

Twice a year, the government raises the minimum wage based on the wage increases agreed in collective labor agreements. As of July 1, the minimum wage is EUR 1756.20 per month for people aged 21 and over. That is an increase of 31.20 euros compared to 1 January.

Various benefits, such as the AOW, social assistance and Wajong, are based on the minimum wage. So they also go up a bit.

Child benefit also increases by between 18.62 and 26.60 euros per quarter to between 249.31 and 356.16 euros, depending on the age of the child. Because the benefit is only paid after a quarter, parents do not receive the first higher child benefit until October.

Brokers can keep a bidding log from 1 July. This log shows when how much was bid on a house, what any reservations were made, such as a reservation of financing and the desired time of the key transfer.

The logbook should make the house sale process more transparent. There have been many complaints about this in recent years. Candidate buyers can only view the logbook afterwards, after the expiry of the reflection period and any resolutive conditions of the winning bid. For privacy reasons, it is not stated who bid. From January 1, 2023, the use of a bidding log will be mandatory at the estate agents’ associations NVM, VBO and Vastgoedpro, to which the vast majority of brokers are affiliated.

Fine for tractor without registration

Since 1 January this year, agricultural vehicles such as tractors must have a registration number if they are used on public roads. At the end of 2021, the cabinet decided that a leniency period applies until 1 July, in which you will not yet receive a fine. That leniency is now coming to an end, just when farmers with their tractors are frequently in the news because of their actions against the nitrogen policy.

To further discourage smoking, tobacconists need to cut back on their presentation. For example, the designation ‘tobacco shop’ should not be too conspicuous. “They may not lead to the promotion of tobacco or related products. In that case, the designation is seen as advertising. For example, you are not allowed to use large neon-colored letters,” according to the national government.

At all points of sale other than specialty tobacco shops, such as supermarkets and gas stations, the stricter display ban already applies: cigarette packs must be completely hidden behind cupboard doors.

Library free until you are 18

From now on, anyone from 0 to 17 years old can become a member of the library for free. In this way, the government wants to encourage reading among young people. Until now, libraries for people under 18 were allowed to charge a maximum of half the adult rate. Despite this, the libraries were often free for young people.

Bill must be paid faster

From now on, large companies must pay bills from small and medium-sized companies faster. The statutory payment term will be reduced from 60 to 30 days. SMEs complained that large companies were paying later and later, which sometimes caused the smaller companies to get into trouble.

With the shorter payment term, the government hopes that SMEs will be better protected. If customers pay late, they can report this anonymously to the Reporting Center for Overdue Payments of the Netherlands Authority for Consumers and Markets. That hotline will in any case remain in existence until the end of January 2023.

Popular influencers with more than 500,000 followers and subscribers on platforms such as YouTube, Instagram and TikTok must now adhere to stricter advertising rules.

Extra strict rules apply to advertising aimed at children. For example, no advertising is allowed for sweets and alcohol. Also, unboxing videos featuring children’s toys are prohibited. These are films in which products are unpacked and discussed.

During the corona pandemic, there were special rules for cross-border workers, people who live in the Netherlands but work in Germany or Belgium or vice versa. Due to corona, many of them started working from home and therefore they should actually pay tax in their country of residence and no longer in their country of work.

In order not to complicate matters, the Netherlands, Germany and Belgium had agreed that home working days of cross-border workers could be regarded as working days in the employer’s country. Because the corona measures are now over and there is no longer any homework advice, this arrangement will come to an end on 1 July.