Rafael Nadal has reached the third round of Wimbledon on Thursday. The 22-time Grand Slam winner settled in four sets (6-4,6-4, 4-6 and 6-3) in a match interrupted by rainfall with Ricardas Berankis.

Despite the relatively easy win over the Let, Nadal was on the court in Center Court until later than he presumably would have liked. The Spaniard quickly had a three-game lead in the fourth set, but had to go inside for almost an hour because of rain.

Center Court has a roof, but it had to be extended. Once that was done, it took a long time for the game to resume. After the interruption, Nadal kept his own games and finished with an ace on his first match point.

At Wimbledon, Nadal is chasing his third Grand Slam victory of the year. A win in London puts him in a position to become the first tennis player to win all Grand Slams in one season since Rod Laver in 1969. Nadal previously won the tournament in 2008 and 2010.

Nadal will face Lorenzo Sonego in the third round, who won against Hugo Gaston earlier in the day after three sets. With a win over the Italian, Nadal may have a match against Botic van de Zandschulp. The Dutchman first has to deal with Richard Gasquet on Friday.

The match between Rafael Nadal and Ricardas Berankis was interrupted because of the rain. 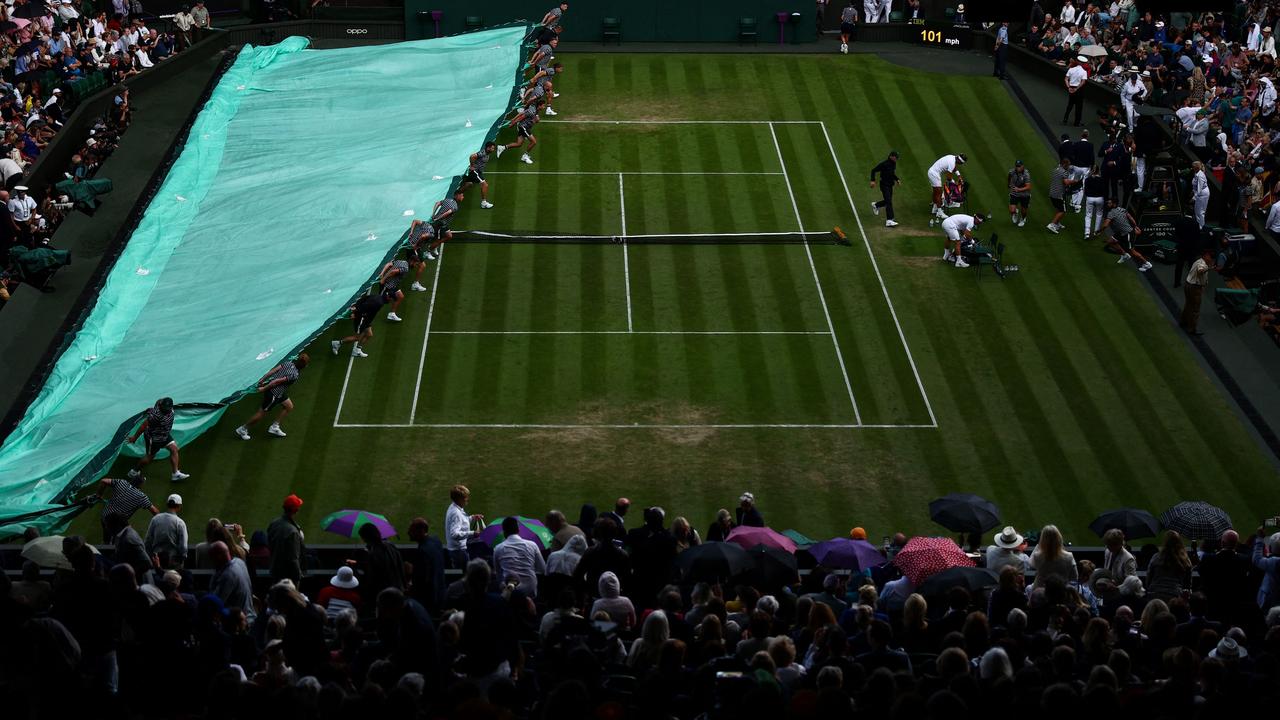 The match between Rafael Nadal and Ricardas Berankis was interrupted because of the rain.

Earlier in the day it became clear that Nick Kyrgios can prepare for a match against Stéfanos Tsitsipás, who beat Jordan Thompson in three sets: 6-2, 6-3 and 7-5.

The eccentric Kyrgios showed himself on Tuesday in his difficult match against Paul Jubb, including comments on the arbitration from his worst side, but made an impression against Filip Krajinovic. The 27-year-old Australian won in three sets: 6-2, 6-3 and 6-1.

The first matches in the third round will be played on Friday. Besides Van de Zandschulp, Tim van Rijthoven will play against Nikoloz Basilashvili. The match between Kyrgios and Tsitsipás will take place on Saturday.