The Dutch water polo players failed to reach the final of the World Cup. The Orange squad lost 12-13 in Budapest in the semifinals against host country Hungary.

Volatility has characterized the performance of women’s water polo at major tournaments in recent years. On World Cup silver in 2015 and the European title in 2018, a disappointing seventh and ninth place followed in the last two World Cups.

Last summer at the Olympics, the quarter-finals were the final station at the hands of Hungary, which left Tokyo with the bronze medal. 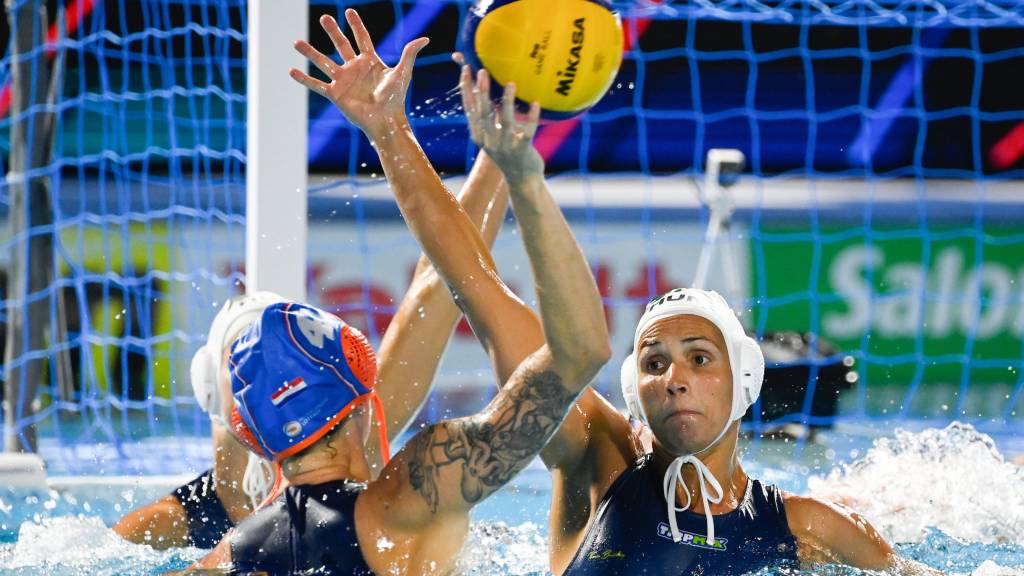 In the second and third quarters, Hungary took the initiative more and more, leading to a two-point lead that remained on the board for a long time. The Hungarians failed to really push through, at the same time the Netherlands failed to close the gap.

Simone van de Kraats scored an important goal with a subtle bow just before the end of the third quarter, which reduced the Orange to 10-11.

In the last quarter, the Netherlands increased the pressure and an unleashed Van de Kraats Oranje shot alongside. To confirm the equalizer, the intervention of the VAR was necessary, which established that the ball had crossed the goal line in its entirety – whether or not partly under water. Hungary, however, quickly regained the lead.

In the final minutes Lola Moolhuijzen managed to escape her defender. She created a great chance for herself, but aimed the ball just over. Vivian Sevenich was also unable to score alongside the Orange, which means that the battle for bronze remains for the Orange.

“Of course it is painful”, Sabrina van der Sloot responds, “if you play you want to win it. But they have the same team as at the Games, we have a new team and a new national coach. So it’s no shame.”

“The difference between us was the experience in playing these kinds of matches and the sharpness and conviction that are needed for this,” said the Orange captain.

Hungary will take on the United States, the reigning world and Olympic champions, in the final battle.

Match for bronze live at the NOS

The battle for the bronze at the World Water Polo Championship between the Netherlands and Italy can be seen live on NOS.nl and in the NOS app on Saturday from 2.30 pm.

Hamstra is experiencing the busiest transfer summer at Ajax for a long time: “Shouldn’t be a pattern”