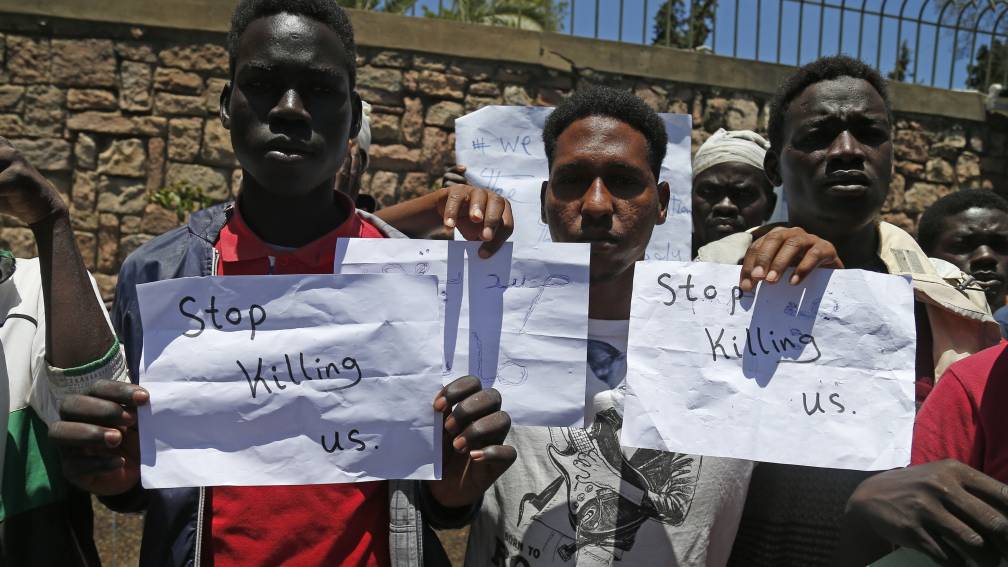 Human rights groups demand an independent investigation into the actions of the Moroccan and Spanish border police during the storming of Melilla on June 24. Hundreds of migrants then tried to climb the heavily armed fence to the Spanish exclave in northern Morocco but were stopped by border guards. According to the Moroccan government, 23 people have been killed, local aid organizations say the number is higher.

The Moroccan authorities say the victims died because they fell from the fence or were trampled in the crowd. Human rights organizations do not rule out the possibility that people have been killed at the hands of the border police.

Melilla is a piece of Spain, and therefore also a piece of the European Union, on the African continent. Anyone arriving on European territory is entitled to an asylum procedure under international law. Therefore, the migrants, who come mainly from Sudan and Chad, tried to enter Melilla.

Images circulate on the internet of police officers armed with batons and tear gas trying to stop the running migrants. Other videos show dozens of bodies, some bloodied, lying on the ground, surrounded by Moroccan agents. One video shows a cop punching a lying man with his baton.

This photo of the migrants at the border was distributed by human rights organization AMDH:

Spanish Prime Minister Pedro Sánchez said last week that the deaths were blamed on “mafiosi and people smugglers”. He called the storm an attack on Spanish territory and believed that the Moroccan and Spanish authorities had cooperated well and effectively.

The prime minister later came back from this statement, “because he had not yet seen the images”. The Spanish Public Prosecutor’s Office has now launched an investigation into the events.

Moroccan human rights organization AMDH has sent a letter to the Public Prosecution Service of Morocco asking to conduct an independent investigation into the events there as well. The organization writes that the bodies of the deceased are already buried before any research has been done, so it will never be clear what their cause of death was.

Amnesty International also wants an investigation into the violence by the border police. The human rights organization also accuses the Spanish police of illegally returning migrants who had reached Melilla.

“We have seen images of possible refugees being handed over to the Moroccan police, without any procedure to determine whether they are entitled to protection. After they are handed over, they are beaten again by police officers.”

Several international groups, including the United Nations and a group of MEPs, have spoken out against the border policy of Spain and Morocco. African Union Commission President Moussa Faki Mahamat calls it “the violent and degrading treatment of African migrants”.

Correspondent Samira Jadir about the reaction in Morocco:

“Opposition parties in parliament have asked for clarification from the Minister of Foreign Affairs. They want to open up. It remains to be seen whether a debate will take place. A statement has also been signed by various human rights organizations in Morocco. They believe that there is an independent inquiry into the events in Melilla.

In Morocco, more and more attention is being paid to the migration issue. The position of refugees is a neglected child in the public debate in Morocco. Moroccan citizens already experience many problems and their own situation is barely discussed, let alone that of the thousands of refugees and migrants. But a new discussion is developing here. Previously, people had some understanding of Europe’s closed borders when I spoke to them. “Otherwise everyone will leave here.” Now you hear a different voice, that migration is a human right. “And why can the Europeans come here and we can’t come to them?”