General practitioners to the Malieveld: ‘Our profession is at stake’ 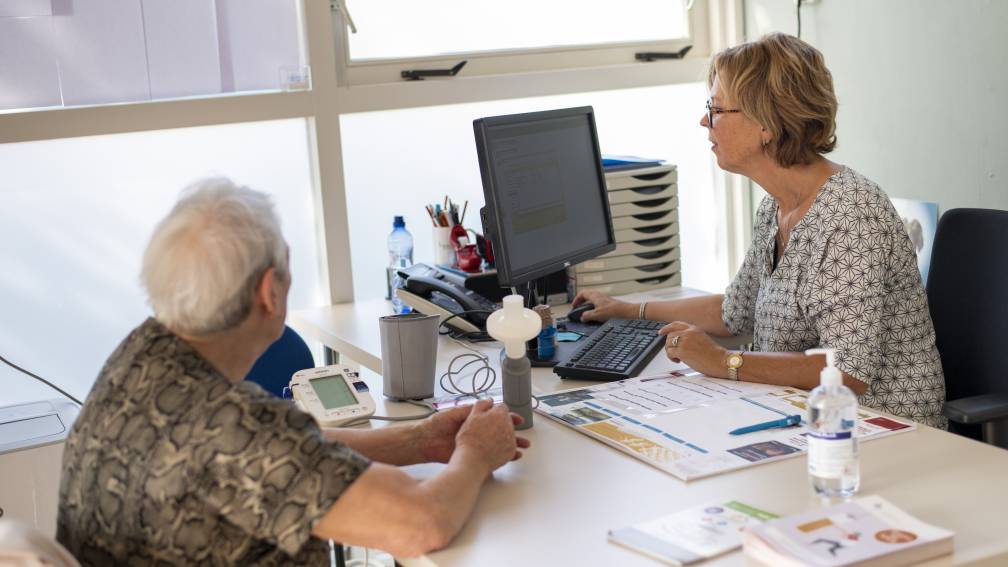 GPs are increasingly stopping or working part-time due to overcrowded practice days and grueling evening, night and weekend shifts. But in practice, even a three-day working week results in an average of 44 hours. Add to this the fact that almost one in three GPs practicing practice will retire in the coming years and it is clear that the workload will only increase.

Reason for the profession to sound the alarm. Tomorrow, thousands of general practitioners and their practice employees will probably demonstrate at the Malieveld in The Hague. Their warning: that obvious general practitioner who is easily accessible for everyone may soon no longer exist.

The medical sector is currently consulting with health minister Ernst Kuipers about an Integrated Care Agreement that should help to solve the bottlenecks in health care. The National Association of General Practitioners has also joined, but is concerned that the GPs will eventually be given even more tasks.

“And there is no room for that anymore,” says Aard Verdaasdonk, the vice-chairman of the professional association. “Due to the waiting lists in mental health care and hospitals, we get many patients who do not belong to us because of the complexity. And it is very difficult to always have to provide care for which you do not actually have the expertise.”

Margriet Bogaerts, a young general practitioner in Ovezande in Zeeland, regularly experiences that there is no place for her patients in a specialized institution. “And then you have to accompany a heavy heart patient for quite a long time. That gives me tension, because I’m not a cardiologist.”

And if there is no other option, according to Bogaerts, good cooperation must be organized with the responsible medical specialists. “Then I can go somewhere with questions and I’m sure I’m making the right medical decisions.”

Home visits are important for doctor and patient. But there is also less time for that:

“You see more and more examples like this,” says Verdaasdonk. He points to patient stops in some regions. For example, people who move to another region can no longer register with a new GP. Practices are disappearing because almost retired GPs find it difficult to find a replacement. There is less enthusiasm to take on that responsibility, including expanding administration, consultations, managing practice staff and night and weekend shifts.

Verdaasdonk: “The job satisfaction is lost, so young doctors mainly remain observers. Then they don’t have all those other responsibilities.”

Housing problems also play a role. Practices could expand to avoid impending patient shutdowns. However, expansion is proving difficult for municipalities to achieve.

According to the campaigning general practitioners, a turning point is needed to break the downward spiral. A good starting point would be to extend the treatment time, they argue. By no longer having to rush care in consultations of 10 or 20 minutes, the National Association of General Practitioners expects that the pleasure in the profession can return. “If that doesn’t happen, it will be difficult to solve the GP shortage.”

It is therefore an important requirement of Minister Kuipers that the Integral Care Agreement include that general practitioners are given more time for their patients. “The care is then better, pilots also show that fewer referrals are made,” says Verdaasdonk. The waiting lists for specialized care would also have to be resolved.

Kuipers wrote in a progress report to the House of Representatives last month that more time for a GP consultation is his starting point. But GPs are skeptical. “That was also stated in the previous agreement, which was then called the outline agreement,” says the vice-chairman of the professional association. “Not much has happened except a few pilots. It is important that it is renegotiated, but it is now really crucial that it is actually implemented.”

Weather in Puerto Vallarta today: the forecast for Monday, August 8, 2022

Brittany, Isère, Dordogne… We take stock of the fires in progress in France

Spotify list for the Rotterdam traveler, made by the RET: ‘Music for the road’ | NOW