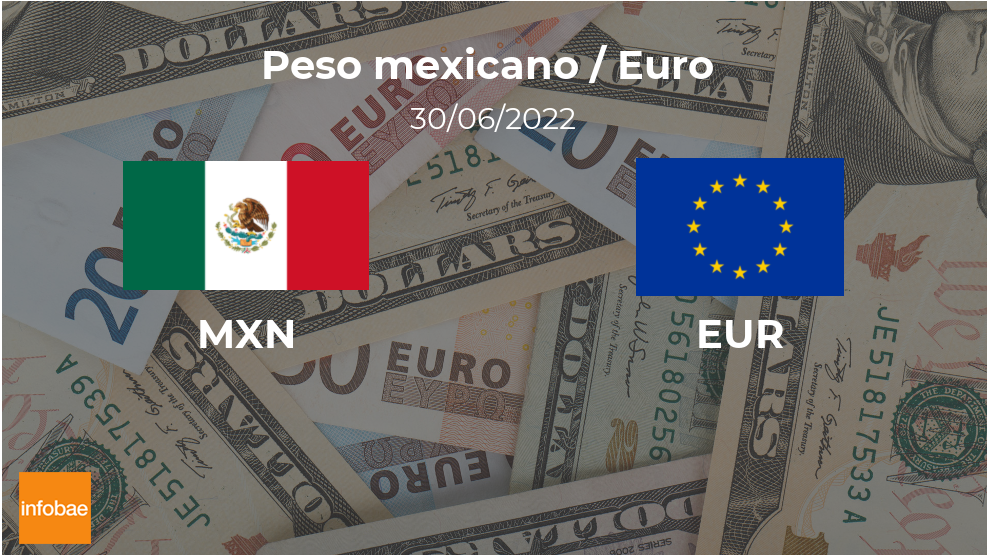 On the last day, the euro was paid at the close at 21.07 Mexican pesos on average, which meant a change of 0.64% compared to 21.20 Mexican pesos in the previous session.

In relation to the profitability of the last week, the euro registered a rise of 0.47%; however, in the last year it still maintains a decrease of 11.03%. Analyzing this data with that of past dates, it put a stop to four consecutive sessions with a positive trend. The volatility referring to the last week presented a lower balance than the volatility reflected in the figures of the last year, which shows that its price is presenting less variations than normal lately.

The Mexican peso is the legal currency of Mexico and it is the first currency in the world to use the $ sign, which was later taken up by the United States for the dollar.

The Mexican peso is the fifteenth most traded currency in the world, the first most traded in Latin America and the third on a continental level only behind the US dollar and the Canadian dollar.

Currently the abbreviation MXN is used to talk about the Mexican peso, but before 1993 the acronym MXP was used.

Currently, the Mexican peso has seen its firmness shaken after the arrival of the coronavirus pandemic in the world, as well as other events that have marked it as both national and United States electoral processes, one of Mexico’s main trading partners.

The uncontrollable inflation, also as a result of COVID-19, which keeps monetary policy in suspense, has also left the peso in uncertainty in the face of an almost always stable dollar.

During 2021, the Mexican peso closed with a 2.72% depreciation against the dollar, although it remained stable largely due to trade flows and, especially, exports to the United States.

According to the forecasts of the Bank of Mexico (Banxico), by 2022 the Mexican peso is expected to rise and reach 21.34 units per dollar.

Mexico declared a quarantine on March 23, 2020 in the face of the COVID-19 pandemic and kept only essential activities open, which meant a strong blow to the economy that has not managed to fully recover.

Mexico’s economy, the second largest in Latin America after Brazil, grew 5% in 2021, according to figures from the National Institute of Statistics and Geography (Inegi).