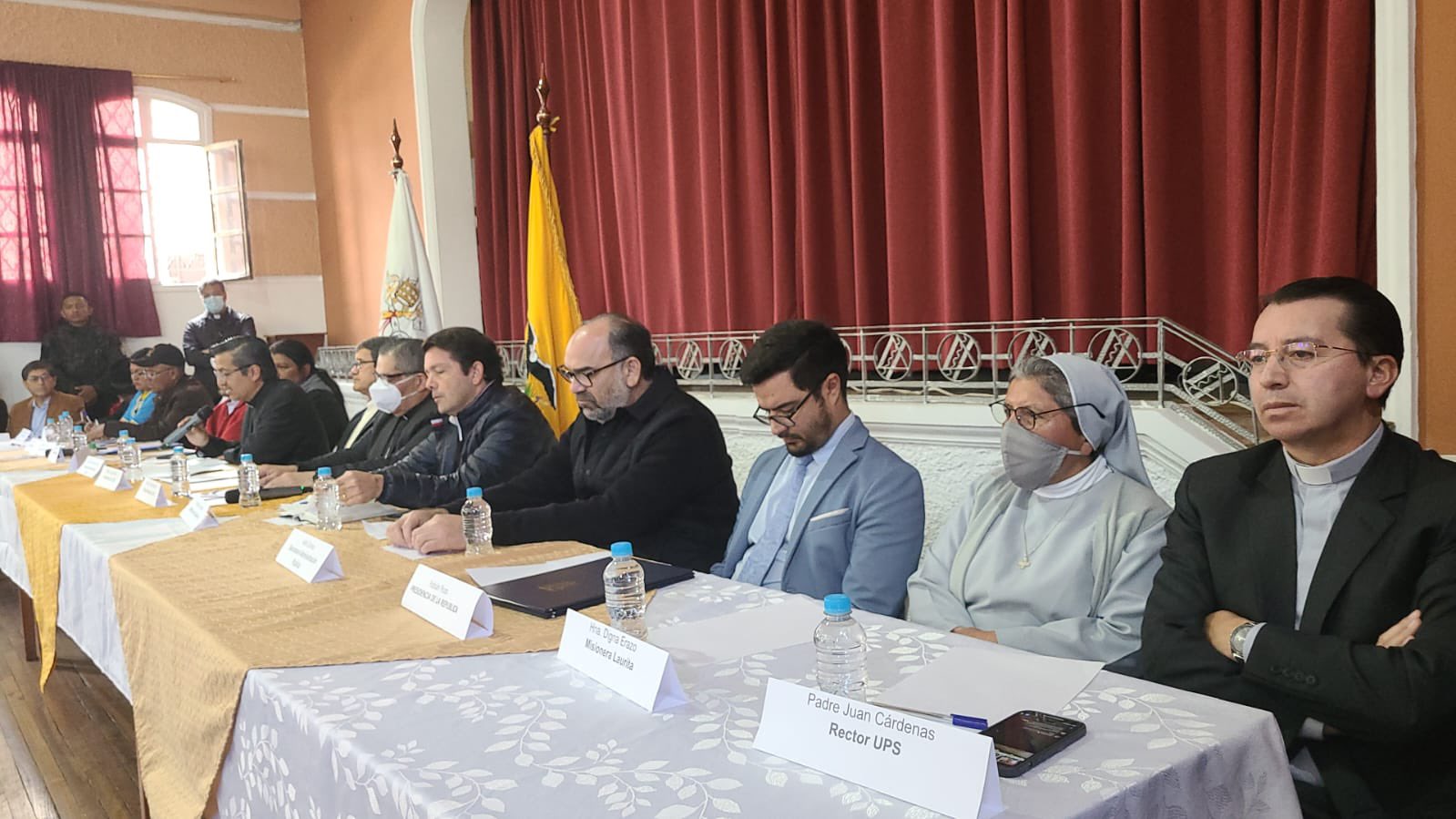 Authorities from the government, the Confederation of Indigenous Peoples, the church and civil society attended the dialogue.

After 18 days of uninterrupted protests that began on June 13, the government of Ecuador and the Confederation of Indigenous Nationalities (Conaie) reached an agreement that will allow the end of the demonstrations that have left at least 8 dead, more than 300 injured and millionaire losses for the State and the productive sectors.

The delegates of the Presidency and the indigenous leaders sat down for the second time to talk. This time, the mediation was carried out by the Catholic Church, through the Ecuadorian Episcopal Conference. The conversation was supposed to start at 09:30, but was delayed by more than two hours. However, in a statement to the press, the representatives of the State and the indigenous movement announced that they had reached an agreement.

The Conaie declared the cessation of the mobilizations and the return of the demonstrators to their communities, while the government promised to repeal the last State of Exception and to reduce another USD 0.05 per gallon to the price of fuel. In addition, for ninety days, dialogue tables will be set up to allow follow-up on the agreements reached between the parties.

The Minister of the Government, Francisco Jiménez, who has led the negotiations on behalf of the government, and Leonidas Iza, president of Conaie, together with the leaders of Feine, the organization of evangelical indigenous people in Ecuador, and Fenocin, the national confederation of indigenous and black peasant organizations, signed an “act for peace” in which it is confirmed that the government of Guillermo Lasso has accepted part of the 10 points of the indigenous movement’s agenda.

The minutes detail that the Executive will repeal decree 95 and reform decree 151, on the country’s oil and mining policy.