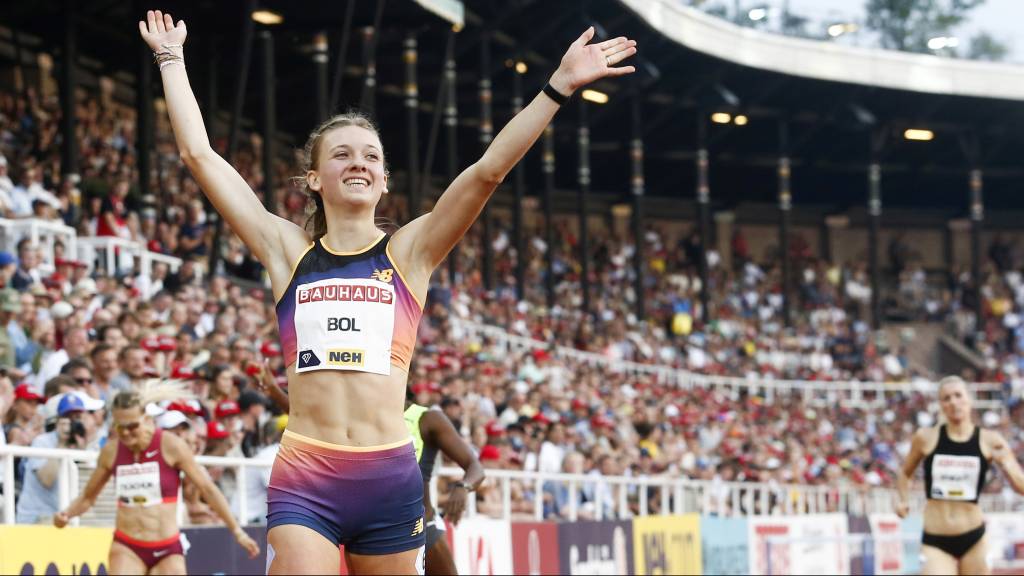 Femke Bol set her fastest time of this season in the 400 meters hurdles at Diamond League matches in Stockholm.

Lieke Klaver was also on a roll in Sweden. Klaver only had to recognize her superior in the 400 meters in the Polish Anna Kielbasinska (50.60). In 50.96, Klaver was second to British Ama Pipi (51.80). The second Dutch, Eveline Saalberg, finished fourth in 52.92.

Force of the majority

The 22-year-old Bol won her race by force majeure. She started quickly and came into the last straight with a big lead. Bol almost touched the last hurdle, but was well ahead of Jamaican Rushell Clayton (53.90) and Ukrainian Anna Ryzjykova (54.33).

Bol was a tenth faster than last year, when she ran a Dutch record on this track. It was Bol’s eleventh Diamond League win and third of this season. Only Sydney McLaughlin was faster this year. On Saturday she ran a world record with 51.41.

The World Cup starts on July 15 and is in Eugene in the United States.