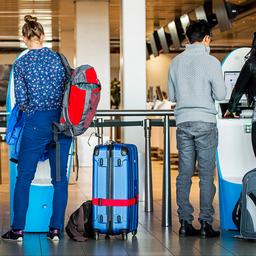 Six hundred suitcases of KLM travelers are waiting at Schiphol to be delivered to their owner somewhere in the Netherlands, the airline reported to NU.nl on Thursday. That is more than the company has on average in a day. It was previously announced that the suitcases are piling up due to staff shortages at Schiphol.

According to KLM, the problems with the suitcases have three causes: the baggage system at Schiphol that cannot handle the capacity, personnel problems at KLM and the crowds at Schiphol.

“Because passengers queue for a long time at security, flights are missed, suitcases of those travelers have to be removed from the plane and the delay also affects other logistics processes,” said a spokesperson.

In addition, the companies that process the cases and deliver them to the owners also have to deal with personnel problems. As a result, the delivery is delayed and the luggage accumulates at the airport.

Schiphol previously admitted that there are problems with the handling of suitcases at the airport. Normally, it happens more often that luggage is left behind for all kinds of reasons, which is then sent as soon as possible. “But now it is much, more than we would like,” a Schiphol spokesperson told NU.nl a few days ago.

KLM emphasizes that the six hundred suitcases left behind are a snapshot. The company processes an average of 50,000 suitcases per day at Schiphol.

Intense Russian bombardment in the town of Bájmut, in Donetsk