Verification: Two out of 10 trucks fail the review

Of a total of 5,768 trucks and buses that have come to check, 1,374 have failed: two out of 10 (with a cut to June 9), according to the Ministry of the Environment and Territorial Development (Semadet).

The above, in the midst of a process of renewal of collective public transport carried out by the state government since two years ago.

Last April, the Secretary of Transportation, Diego Monraz, reported that at the beginning of the current administration, 1,465 units that operated outside the norm were detected. Of that total, 1,048 were renewed.

For this year, 197 million pesos have been tagged to advance with the program.

Miguel Magaña, head of the Department of Environmental Sciences of the UdeG, assured that it is necessary to have an efficient collective transport that discourages the use of the car.

If gasoline consumption is reduced, he stressed, air pollution could be lowered “a hairline or two, due to public transport and the option to spend less gasoline. It is necessary to have a well-tuned engine, that is where society has to participate”.

He noted that people see the trucks as more like smokestacks. “Obviously there is this social neglect of not participating in the verification, since it is the result of a disorder that is generated in a failed public administration that has to do with the management of atmospheric pollution.” 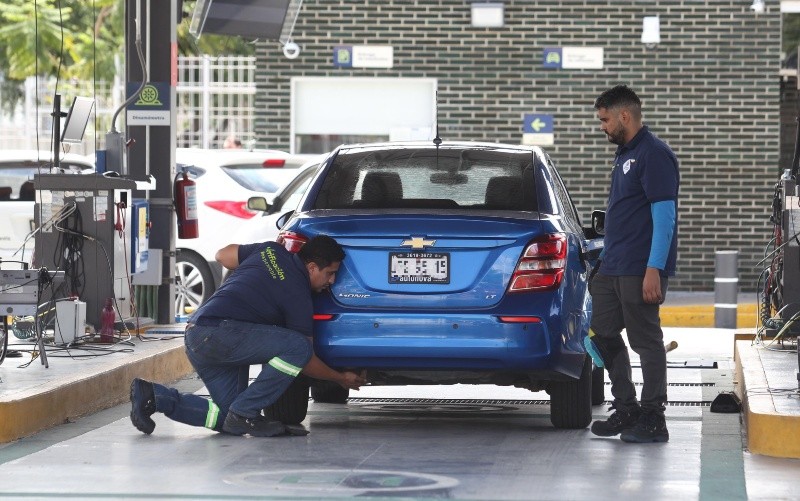 People who verify according to the date that corresponds to them, will obtain discounts in some administrative processes during 2023. THE INFORMER. camacho

This year, the state government plans to collect 769 million 425 thousand pesos through the Responsible Verification program. However, according to the tests that have been carried out to date and the income obtained by them, the goal is far away.

In the first half of this year, As of June 9, 164,597 tests have been carried out, which means a collection of around 82.2 million pesos, considering only 500 pesos that each test costs.

Although the program continues as mandatory, the authorities canceled the start of this month with the fines for not verifying.

Part of the resources already collected through this program and that will go to the Environmental Fund, are detained, since it is projected that they will be spent until next year.

This medium published that since last August, the State Fund has received only 21.9 million pesos.

With the resources raised at the end of the year, which are estimated at 110 million pesos, The state government plans to allocate them to the modernization of the air quality monitoring network, the creation of a renovation and scrapping program, the strengthening of the biodiversity conservation program and a comprehensive water resilience program in medium-sized cities.

Miguel Magaña Virgen, an academic from the University of Guadalajara (UdeG), recalled that the city’s atmospheric monitors are very old. “They are more than 30 years old and they do not give the real indicators of the contamination problem.”

File complaints about emissions into the atmosphere

So far in the current administration, the State Attorney for Environmental Protection (Proepa) has received 1,199 citizen complaints, of which 182 are for emissions into the atmosphere.

The year with the most popular complaints for the latter was in 2020, when 56 were received. So far this year, seven complaints have been made. The main complaint received by Proepa is due to improper management of waste into the atmosphere.

For this reason, Miguel Magaña Virgen, head of the Department of Environmental Sciences at the University of Guadalajara (UdeG), declares that it is necessary to advance on all fronts, since the vehicle verification program will not solve by itself the air pollution problem that occurs in the Guadalajara Metropolitan Area (ZMG).

He mentions that there is a significant amount of fixed sources, polluting emissions from companies and industries that are not regulated and that are generating pollutants.

“Yes, to a lesser extent than that generated by vehicles, but more dangerous,” says the specialist.

To these, he says, Added to this are the problems in sanitary landfills, as well as the deforestation that occurs in the city. The unfortunate thing, he adds, is that “the constancy of the current administration is to ignore technical opinions.”

Magaña Virgen remembers that in any part of the Republic where this program is being applied, it is not giving results. “In Mexico City it does not work either with the aim of reducing air pollution.” 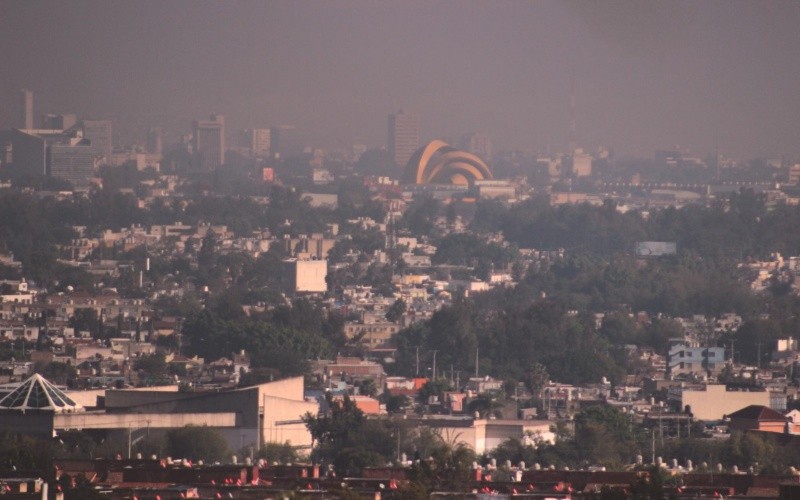 The program has not managed to capture the projected resources to strengthen the Environmental Fund, despite the fact that the review is mandatory. THE INFORMER/Archive

Influx of cars is reduced after suspension of fines

In July of last year, the Magisterio street where the 001 Verification Center is located was full of cars. The queue was 30 cars long and the wait lasted up to an hour and a half. Today, cars are less.

In an exercise of this medium, only eight vehicles were counted in half an hour, which were attended to almost instantly.

After the governor announced the suspension of fines for not verifying, the number of tests carried out began to reduce, as confirmed by local workers.

According to the Ministry of the Environment and Territorial Development (Semadet), in charge of the Responsible Verification Program, since January the number of tests has been increasing and reached its maximum in May, when 46,700 tests were carried out.

However, the Government of Jalisco reported on May 28 that it will not apply fines for not verifying vehicles, as it still has to adjust on several fronts. So far this month, 33,360 tests have been carried out.

“There are no fines until our entire system works completely and comprehensively,” the governor confirmed.

It was intended to fine as of July, now the fines for not carrying out this procedure will begin until January 2023.

In addition, it must be guaranteed that the appointment system, which has reported various failures, has a traffic light calendar that allows citizens to schedule efficiently.

People who verify their vehicle according to the date that corresponds to the license plate number, will obtain discounts in some administrative processes during 2023:

20% discount in exchange for foreign plates such as Jalisco plates.

“These incentives are cumulative with other discounts such as those made to people with disabilities, older adults or early payments,” it is pointed out on the program page.

They analyze to extend concession

Initiative. The Congress of Jalisco analyzes an initiative to extend the software and technology provider contract from 15 to 19 years used in the vehicle verification program, for the measurement and control of vehicle emissions.

Investment. In the initiative document sent last week to the Legislature by the governor, it is pointed out that initially the implementation and installation of the technology has been carried out under a scheme of profitability and return on investments within a period of 15 years.

Suspension. The pandemic, as a fortuitous event for the population and those involved in the program, caused the suspension of administrative terms at the three levels of government.

Adjustment. This situation modified the forecasts and expectations of the vehicle verification program, now requiring an adjustment to the initially scheduled times.

Term. The vehicle that obtains a verification result that is not approved, will have a period of thirty calendar days after the verification period that corresponds to its completion of the license plate, in accordance with the schedule established in the program, to carry out a second verification the which is included in the rate (of the first payment).

Payment. 550 pesos are charged for carrying out the verification of each vehicle outside the deadline set by the calendar.

Certificate. A fee of 100 pesos is charged for the reissue of the verification certificate. The proceeds will go to the State Fund for Environmental Protection. 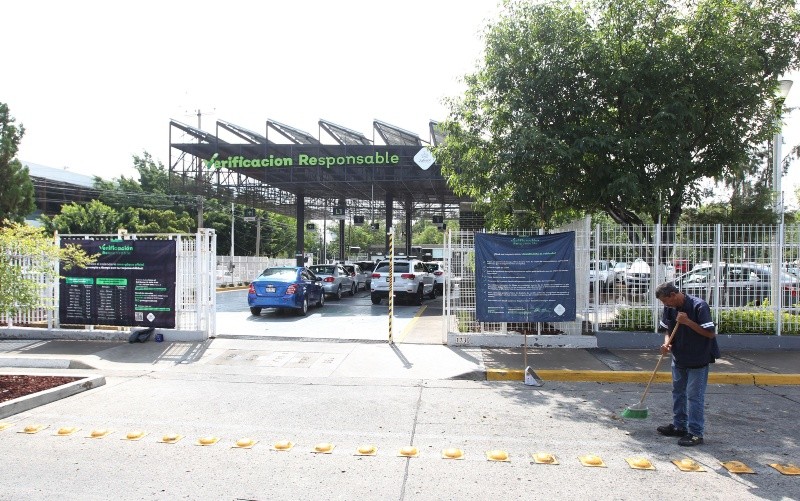 This month the waiting time at the verification centers decreased. THE INFORMER. camacho

Miguel Magana Virgin, head of the Department of Environmental Sciences of CUCBA

One of the actions that is required to combat the pollution problem that occurs in the ZMG is to have an efficient collective transport that discourages the use of the car, declares Miguel Magaña Virgen, head of the Department of Environmental Sciences at the University of Guadalajara (UdeG).

He comments that to date it has not been possible to reduce the number of vehicles circulating in the city, since since the first line of the Light Rail came into operation and until the operation of L3, the number of cars has increased.

The environmentalist emphasizes that if gasoline consumption is reduced, air pollution could be lowered “a hairline or two, due to public transport and the option to spend less gasoline. It is necessary to have a well-tuned engine, in perfect condition, and that is where society has to participate”.

The problem, he acknowledges, is that people see that the trucks are “rather chimneys, because obviously there is that social neglect of not participating in the verification. It is the result of a disorder that is generated in a failed public administration that has to do with the management of air pollution.

Added to this is the fact that society sees the verification program for collection purposes. “It is a program whose main and fundamental interest and objective is to raise resources, whether for public matters or for another condition. And this other condition confirms it since the program began, as there was an offer for businessmen and for many people who wanted to invest in the verification areas”.

He adds that if the fines for not verifying are not currently charged, it is because the program is not working. “They are risking the protections, of which there are already because it is evident that it is a program with private interests.”

Have you checked your car yet?