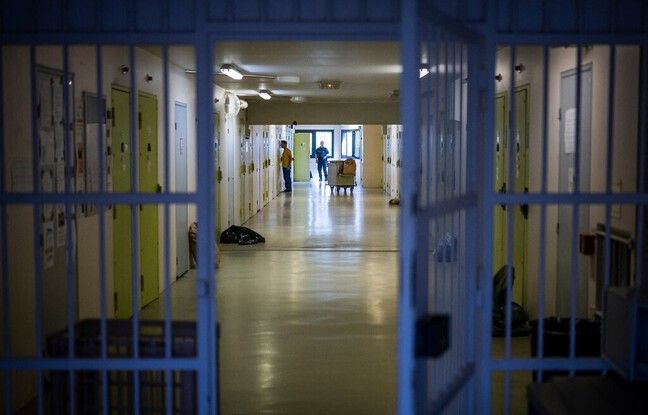 EDIT: This article was updated on Wednesday June 29, 2022, after the verdict of the trial of the November 13 attacks, where Salah Abdeslam was sentenced to life imprisonment.

“It is with the sword of the prosecution on my neck that I address you (…) Perpetuity may be up to the facts but not the men who are in the box”. It is on these words of Salah Abdeslam that the debates at the trial of the attacks of November 13 were closed on Monday, June 27.

The only survivor of the terrorist commandos, sentenced this Wednesday to an irreducible life prison sentence, had called on the judges of the special assize court in Paris not to make the “error” of condemning him to this sentence, the more important provided for by our legal arsenal. But what exactly does this so-called “real” perpetuity consist of? Why is this sentence extremely rare and under what conditions can it be imposed? A few hours from the verdict, 20 Minutes takes stock.

In which case can someone be sentenced to full life imprisonment?

It was under the impetus of the Balladur government that this penalty was created in 1994 in our Penal Code. As often, this modification of the law intervened a few months after a news item which had then particularly shocked the country. The assassination and rape of an 8-year-old girl by Patrick Tissier, who had already been convicted for the same offenses in 1971, was at the origin of this reform. Since that date, a life prison sentence, together with an incompressible security period, is provided for those tried for murder with rape, torture or acts of barbarism committed on a minor under 15 years of age.

But two extensions have recently been voted on. In 2011, this sentence was extended to cases of murder of persons holding public authority (police officers, gendarmes, magistrates, etc.), provided that it was committed with premeditation or in an organized gang. Finally, in 2016 – and this is the reason why this sentence was incurred by Salah Abdeslam – parliamentarians voted to extend it to perpetrators of terrorist crimes.

How does this penalty apply in practice?

When a person is sentenced to life, this sentence is accompanied by a period of “safety”. In general, it is fixed at 18 or 22 years. This means that during this period, the prisoner cannot request a sentence adjustment. But if this security is declared “incompressible”, the accused is forced to spend at least 30 years in prison. At the end of these thirty years, he can “seize the court for the application of sentences and request the raising of the security period and possibly an adjustment”, details the lawyer Matthieu Quinquis, president of the French section of the ‘OIP, an NGO responsible for defending the rights of prisoners.

But this request in no way guarantees a release at the end of these 30 years. A commission made up of five magistrates is responsible for giving an opinion to this effect or not. Serious pledges of social rehabilitation must be presented by the convicted person and the sentence enforcement court must also ensure that this adjustment does not risk causing “serious disturbance to public order”. Finally, an expert report must assess the prisoner’s state of danger. This possibility of “reassessing” the situation of convicts allows France to remain in conformity with European rules “and with its own principles”, explains Matthieu Quinquis: “We must maintain what is called the right to hope. By abolishing the death penalty, the legislator was not intended to create an alternative penalty”.

How many times has this sentence been imposed?

Since the introduction of this law, and before Wednesday, only four people had been sentenced to irreducible life imprisonment. All four cases involved sex crimes and the murder of minors. The first to receive this sentence was Pierre Bodein, known as “Pierrot le fou”, in 2007. Then came the convictions of Michel Fourniret (who has since died in detention), Nicolas Blondiau and Yannick Luende Bothelo in 2013 and 2016. Limited to crimes specific – as mentioned above – this sentence poses serious challenges to the prison administration.

“The question of time is very important in detention, develops the president of the OIP. First, there is time devoted to the prisoner’s adaptation to his environment, which has become prison. Then comes the time of its evolution and then that of the construction of an exit project”. A journey that is almost impossible to implement for people sentenced to irreducible life imprisonment, concludes the criminal lawyer: “Their prospects are very bleak and the relationship to time is necessarily modified. The main challenge is to ensure that these prisoners do not give up completely”.