When Russia’s invasion of Ukraine is already four months old, Moscow continues its bombing in different Ukrainian cities, including its capital, while Ukraine continues to resist.

The number of refugees and both civilian and military deaths is increasing, but Russia does not back down and assures that it will not leave Ukraine until it manages to “liberate” it.

This Monday, President Volodymyr Zelensky addressed the leaders of the G7 (Group of Seven) -an organization that includes the seven richest nations in the world: Germany, Canada, the United States, France, Italy, Japan and the United Kingdom- and which is being held this week at Elmau Castle, in the German town of Kruen, in the south of the country.

But just before the Ukrainian president’s speech, several air strike alerts to your country.

The Kyiv region* was once again one of the targets along with parts of the north and west of the country.

On Sunday, after a bombing of an apartment block in the capital, one person was killed and six others were injured.

And this Monday a missile fell on a shopping center in the city of Kremenchuk, in north central Ukraine, an attack that has been described as a war crime by regional president Dmytro Lunin. 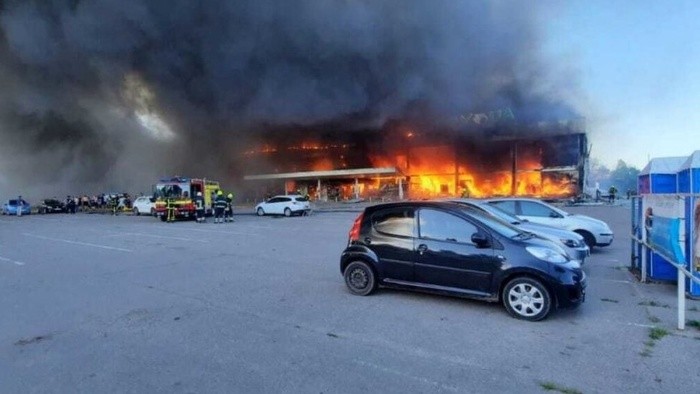 Shopping center in the city of Kremenchuk in flames after a Russian attack. GETTY IMAGES

According to Zelensky, 1,000 people were in the mall at the time of the attack.

In this article we give you 4 keys to understand what is happening in the war between Russia and Ukraine.

1. On the ground: the fight for the east

Since its initial plans to invade the entire country failed, Moscow has focused on capturing Donbas.

It is an eastern Ukrainian area that is made up of two regions: Donetsk y Luhansk.

Taking any of them would allow Russian President Vladimir Putin to present his people with an achievement, something they need after the failures they suffered early in the invasion.

With the passing of the days, Russia continues to gain ground and moving forward, albeit slowly.

This Saturday, Russian forces fully occupied Severodonetska city that was once home to more than 100,000 people and has now been reduced to rubble, after weeks of fighting to control it.

In his speech on Saturday night after Moscow confirmed the fall of Severodonetsk to the Russians, Zelensky admitted that he was a difficult day“morally and emotionally” for his country.

It represents the loss of the largest city Ukraine still controlled in the Luhansk region and brings the Kremlin one step closer to its goal of capturing the entire region.

Although this scenario is increasingly likely, It is not guaranted. Russia has yet to gain control of the neighboring city of Lysychansk, which will not be easy.

Both Lysychansk and Severodonetsk sit on the Siversky Donets River, which runs through Donbas and has been the scene of costly battles for the Russian army.

Soldiers sent by Putin tried to cross this river a month ago and during this unsuccessful operation Russia lost an entire tactical group of the battalion. The Ukrainians annihilated hundreds of men and dozens of armored vehicles trying to reach the other side of the river.

All the bridges between Severodonetsk and Lysychansk have been destroyed and now the river has become a major natural barrier for any Russian advance.

Will Russia keep trying to capture Donbas in order to force Ukraine to agree to a halt in which it gives up the Luhansk and Donetsk regions? Most likely, according to analysts.

But it is almost certain that Kyiv would not accept such a proposal: it has said in the past that it is not willing to give up “an inch” of its territory.

Putin has expressed in the past that he regards Russians and Ukrainians as “one people, a single whole.” He sees Ukraine as a territory that has historically belonged and belongs to Russia.

His invasion is widely seen as his attempt to force Kyiv to return to Moscow orbit.

But it has achieved the opposite, bringing Ukrainians ever closer to Europe.

Last week, Brussels gave Ukraine the status of a candidate for the European Union (EU)a decision that the president of the European Council, Charles Michel, described as “historic”.

The Kremlin was already waiting for the announcement and downplayed it. Putin claimed that he had “nothing against” Ukraine’s possible EU membership.

Candidate status is the first official step towards EU membership, a process that can take many years. Status does not guarantee that you will one day fully join the club.

But, according to analysts, Ukraine’s new status sends a strong message to Moscow: Neither Kyiv nor Brussels accept Putin’s vision of establishing a new European order.

In a joint statement, the G7 leaders on Monday made an “urgent” call on Russia to cease its attacks on agricultural and transport infrastructure and allow the free passage of agricultural products from Ukrainian ports on the Black Sea. 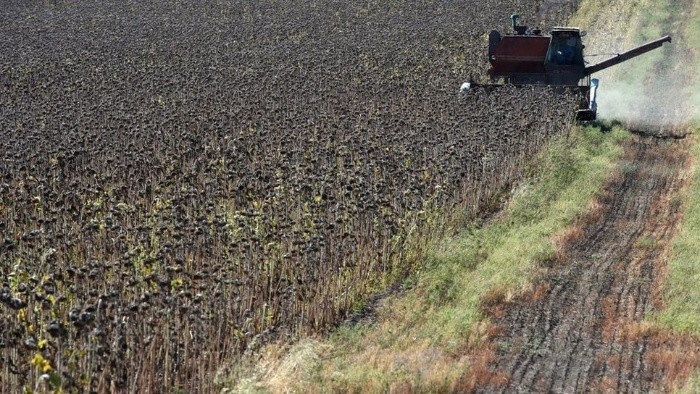 Russia’s war in Ukraine could push 49 million people into famine or similar conditions, according to the United Nations. GETTY IMAGES

As a result of Russia’s blockade of Ukrainian grain, of which millions of people in Africa and the Middle East dependa world food crisis is progressively unleashing.

According to the United Nations World Food Program (WFP), more than 345 million people worldwide face “acute levels of food insecurity” as the war in Ukraine approaches its fifth month.

The ongoing war, combined with rising global fuel prices and the fallout from the covid pandemic, have significantly increased the imminent threat of famine around the world.

Inflation is also hitting Europe’s biggest economies hard, but the G7 leaders continue to show a unity that seems unbreakable in rejection of the Russian invasion.

“The price of freedom is worth paying,” Boris Johnson said Monday when asked by a reporter about the cost of helping to defend Ukraine.

The leader argued that letting Russia “get away with it” by invading its western neighbor would “chilling” consequences and would lead to more instability.

Similarly, he compared the conflict with the defeat of Nazi Germany in World War II; he noted that the war had been “very costly” but had provided “long-term stability.”

G7 leaders in Germany have been examining what new sanctions they could impose on Russia to try to stop Russian President Vladimir Putin’s war machine. 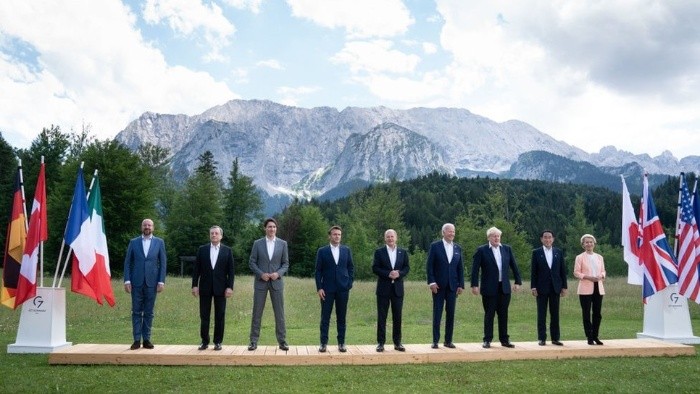 The British prime minister on Monday hailed the unity and determination of Western leaders to help Ukraine. GETTY IMAGES

The BBC’s diplomatic correspondent, James Landale, explains that the aim of a new sanctions package would be show Putin the determination from the West.

The United Kingdom, the United States, Canada and Japan announced on Sunday that they would ban imports of Russian gold to affect Moscow’s ability to finance its war in Ukraine.

US President Joe Biden suggested that Germany, France and Italy would also join the measure.

Washington also announced new sanctions against Russia’s defense sector and the G7 leaders agreed that the money raised from the high tariffs that have been imposed on Russian exports should be sent to Ukraine as aid.

4. The effect of sanctions

Earlier this week, reports emerged that Russia defaulted on debt for the first time since 1998 after missing a key deadline.

The Kremlin said it had the money to make a $100 million payment, but sanctions made it impossible for it to reach its destination on time.

To date, the US, the European Union, the UK and other countries have sanctioned more than 1,000 Russian individuals and companies.

As a consequence of the sanctions that have already been imposed, the country is expected to suffer a deep recession and contract by 10% in 2022.

Although Moscow supermarket shelves are still quite full, according to BBC Russia editor Steve Rosenberg, some imported items are no longer available.

Likewise, a large number of Western companies have totally or partially closed their businesses in the country, such as Nike, McDonald’s, Nestlé, Visa, Mastercard, Sony, Netflix and many others.

In addition, the country registered an annual inflation of 17.1% in May and the sale of cars fell 83.5% during the same month.

International sanctions would have caused the economic collapse if they had come out of nowhere, Chris Weafer of consultancy Macro Advisory in Moscow told the BBC.

But because Russia has experienced sanctions since it invaded Crimea in 2014, it has been able to make some adjustments to cushion the damage, according to the expert.

*BBC Mundo has decided to adopt Kyiv when naming the capital of Ukraine to more accurately reflect its original spelling in Ukrainian.