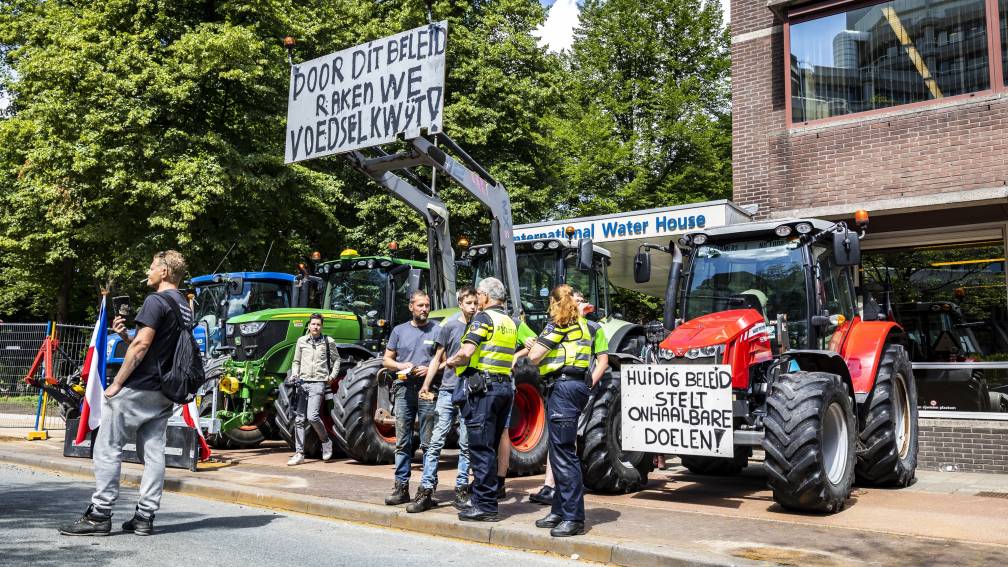 Yesterday farmers’ protests degenerated into riots in many places. Farmers protested on highways and in front of the House of Representatives and eventually broke through a police blockade in front of the home of nitrogen minister Christianne van der Wal. CDA MP Derk Boswijk was also visited at home in the presence of his young children, he reports on Twitter. He is therefore working from home for the time being.

In the broadcast, we look back at yesterday’s situation and look forward to today’s. Are the farmers calming down or are the protests escalating again?

And we take a look across the border. Because in Belgium too, farmers are angry about the nitrogen policy.

On January 1, 2023, the new Environment Act will come into effect, which combines 26 laws on topics such as environmental impact, noise pollution and the maximum height of construction projects. At least, that’s the plan. The law has been postponed many times and this time too it will only become clear in October whether the law can take effect on the planned date.

Civil servants are not happy with that uncertainty, because until then they have to keep two different software systems up and running, prepare duplicate application procedures and create multiple fee ordinances. And if it turns out that the law can go through in October, there will be far too little preparation time to have everything ready by January 1, many officials tell Nieuwsuur.