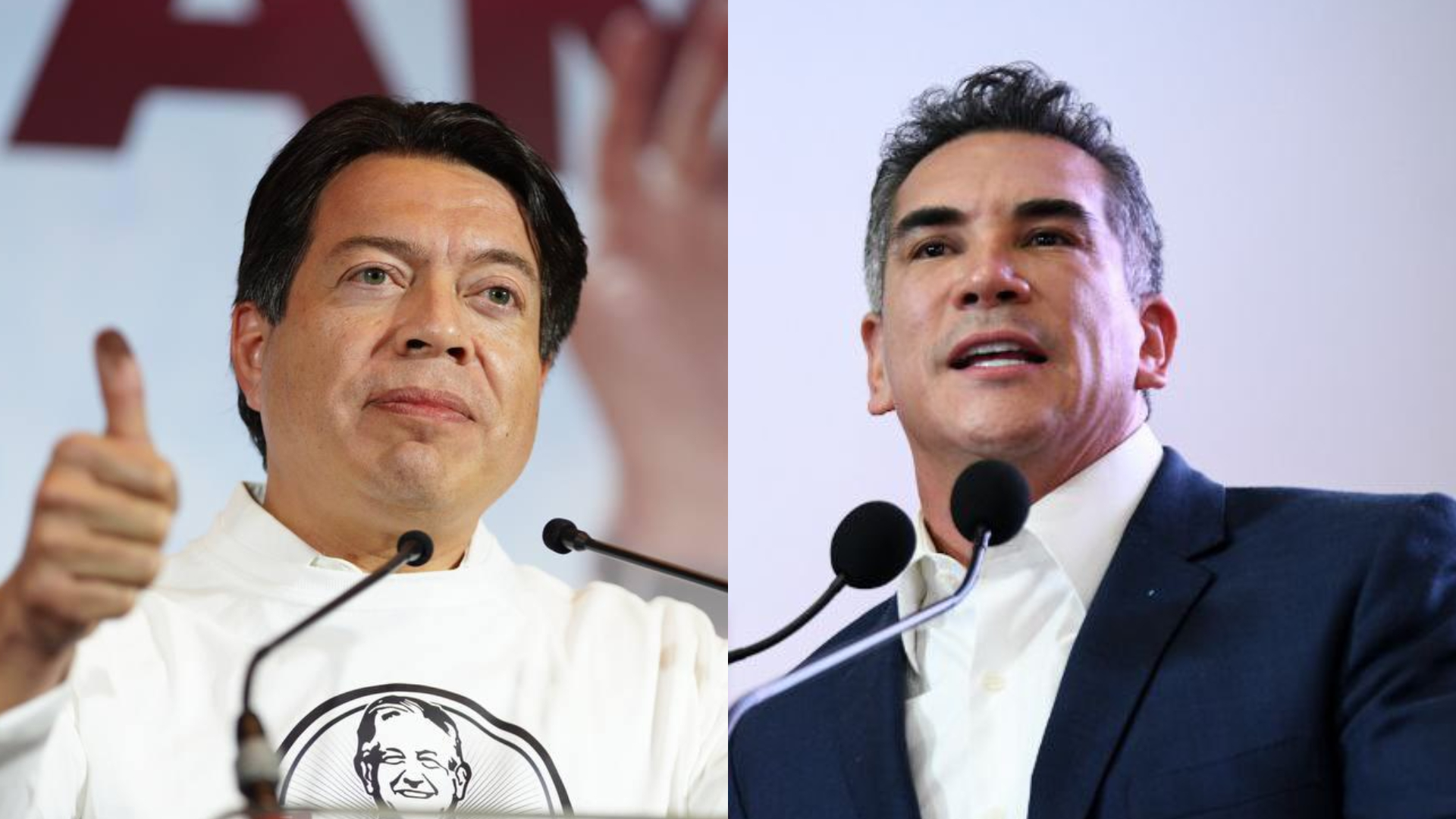 Mario Delgado Carrillo, national leader of the National Regeneration Movement (Morena), launched himself against his counterpart from the Institutional Revolutionary Party (PRI), Alejandro Alito Moreno, after the new delivery of leaked audios by the morenista governor of Campeche, Layda Sansores.

With the new conversations, the PRI is now accused of being involved in the incorrect invoicing of company expenses in 2021. It even emerged in the file that many expenses with suppliers were made in cash so as not to leave a trace in the documents that they had to send to the National Electoral Institute (INE)

Thus, Delgado Carrillo condemned the alleged corruption of Alito. However, he boasted that those tricks would not have been enough to “stop” Morena’s victory in the government elections that year.

Despite this, the brunette questioned the “complicit silence” of the Electoral National, represented by Lorenzo Córdova, since he has not issued any statement on the matter – even when Sansores warned days ago that the new talks would be his responsibility.

“What is already deafening is the complicit silence of the INE in the face of so many illicit acts.” she claimed. 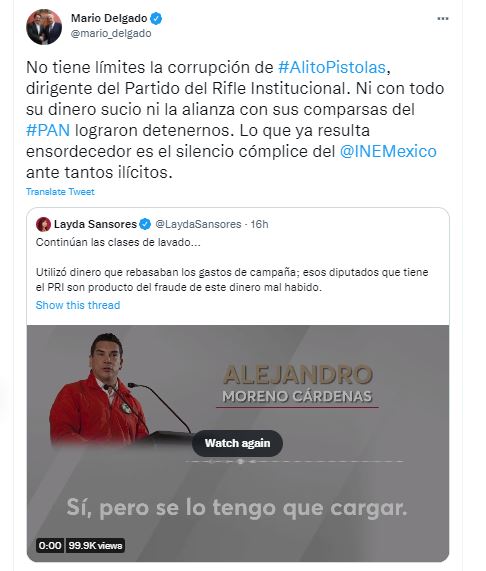 Mario Delgado also branded the PRI as the “Institutional Rifle”, in reference to the controversy for proposing to arm the citizenry. (Photo: screenshot)

However, the brunette took advantage of the publication to mock the PRI leader by branding him as “Alito Pistolas” and his political group as “Partido del Rifle Institucional”; this, in reference to the controversy that he generated by proposing to facilitate the citizens with weapons.

“The corruption of #AlitoPistolas, leader of the Institutional Rifle Party, has no limits,” he wrote.

It was on June 28 that Moreno Cárdenas announced the PRI proposal to modify the Firearms Law, in such a way that Mexicans have easy access to said articles and can defend themselves against organized crime.

“People are defenseless, it is that in the absence of the State and that there is no State that takes care of Mexicans that criminals know that people can defend themselves,” he declared at a press conference.

This, of course, also earned the Institutional Revolutionary a response from Delgado Carrillo, in which he evoked the so-called “War on Narco” of the six-year term of former president, Felipe Calderón: “Violence will not end with more violence,” he wrote in Twitter. 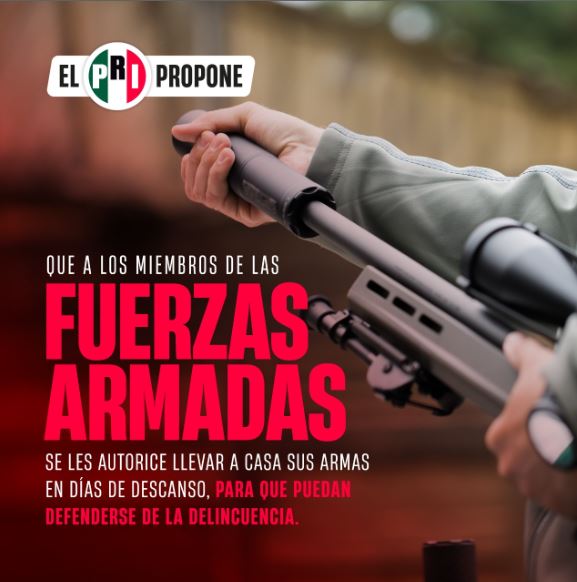 The PRI created controversy by proposing to arm citizens to defend themselves against organized crime. (photo: Twitter)

It should be noted that the INE was not the only one involved in the Sansores leaks: an executive from Televisa and the magazine were also mentioned. TvNotaspresumably complicit in acts classified as crimes by the campechana.

“Look, a topic, but hey, you already paid him in cashWell, that’s fine, I thought you could pay him (an executive identified as Bauer) because he has Televisa, he can bill you for media”, Moreno Cárdenas’ voice is heard while reprimanding his collaborator; although the subject of the recording-known as Hugo-insisted that he did not pay with invoices so as not to leave traces in the documents sent to the Electoral Institute.

Although Bauer’s identity was not mentioned in detail, it began to be presumed on social networks that he could be Michel Bauer, general commercial director of pay TV and Televisa Interactive Media, one of the highest executives of the television station. However, this was not verified, since only the last name of the person in question is mentioned in the audio.

“If I pay in cash we leave no trace”: Layda Sansores exhibited new audio of Alito Moreno that involved the INEAlito Moreno announced that the PRI will promote a law so that Mexicans can have weapons and defend themselvesFormer governors of the PRI called for the resignation of Alito Moreno from the national leadership