Success for the improvised concert of Bigflo and Oli in Bordeaux 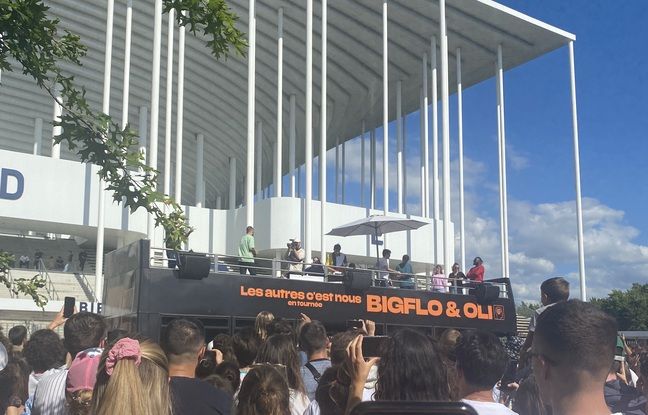 Some had been present since 1 p.m. This Tuesday, at 5:30 p.m., the two brothers BigFlo and Oli gave a free concert at the foot of the Matmut-Atlantique stadium, in front of a frenzied crowd. The event had been announced the day before, on the Instagram account of the two rappers.

“It adds a closeness”

The showcase, which lasted 45 minutes, was also an opportunity to shoot one of their next clips. And to do a signing and photo session. From the top of their bus, Bigflo and Oli performed some of their new songs, such as “Booba” or “Coup de vieux”. Something to delight the fans on the spot: “I loved the atmosphere. It’s like an improvised festival. It adds a closeness, ”rejoices Billy, 16, who was able to have his photo and his autographed album.

Two other free concerts are planned by the two artists: in Toulouse this Wednesday, June 29, and in Marseille, this Thursday.