During the early hours of this Wednesday, the Guadalajara Police arrested Julio Noé after securing two grenades and a grenade launcher, however, it is not the first time he has been arrested, since last week he was apprehended for being aboard a luxury vehicle with theft report.

This recent arrest occurred at 4:45 today, when officers were patrolling Angulo and Santa Monica streets, and saw a man on a motorcycle with an airtight package containing a substance with the characteristics of “crystal.”

The police officers stopped him and after an inspection according to protocol, they seized a backpack, two wrappers with the drug “crystal”, a grenade launcher, two grenades and a scale. 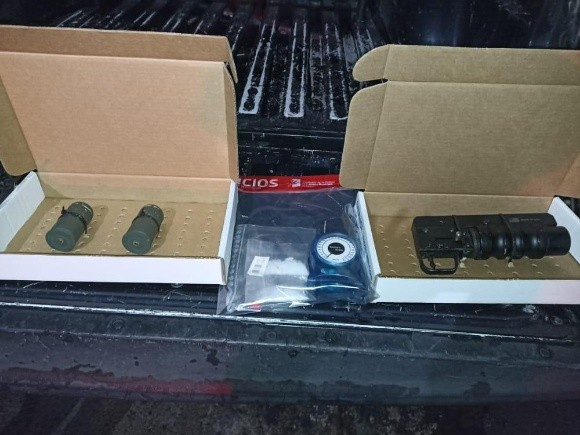 The detainee identified himself as Julio Noé “N”, 28 years old, and was placed at the disposal of the Public Ministry.

This is the second grenade launcher that has been secured in two weeks, because on June 17, 2022, in the La Perla neighborhood, Guadalajara police arrested a man and a minor aboard a Honda Civic with a report of theft and seized a grenade launcher. .

The now accused was also arrested on June 22, 2022 when he was traveling aboard an Audi A3 in the company of a woman of Colombian nationality; she was going along Enrique Díaz de León avenue and La Paz, in the Modern neighborhood.