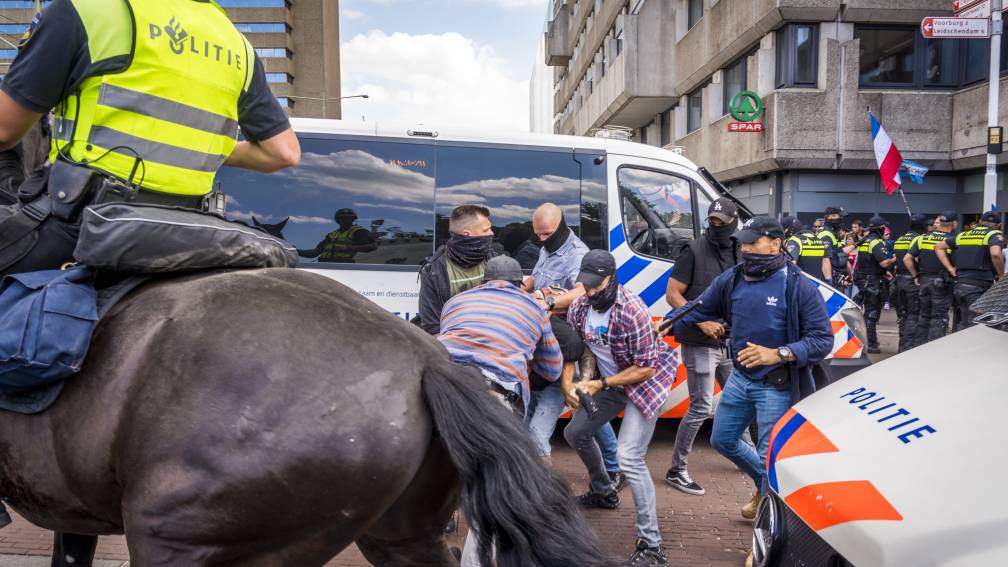 ‘Farmers’ protests’ have now degenerated into anti-government demonstrations. “We now also see professional demonstrators who only want one thing: attack and disrupt the government,” Jan Struijs of the Police Association told Nieuwsuur. He even speaks of an attack on democracy.

Struijs says he has received several reports about ‘professional demonstrators’ who join radical farmers. Among other things, at the demonstration in The Hague on Tuesday. That makes the union leader worry about the days to come. “If calls are already being made to shut down Schiphol, distribution centers and the port of Rotterdam, then yes, we are now dealing with a different phenomenon.”

Jacquelien van Stekelenburg, professor of social change and conflict at the Free University in Amsterdam, also sees this development. She says that after the action in Stroe, which was a joint action by moderate and radical farmers, there has been a turning point. Radical farmers thought “our sound has not got through the limelight” and wanted tougher actions.

People who are also dissatisfied with the government have joined it. According to National Police Commander Willem Woelders, this includes people who are against the corona measures and activists from the extreme right.

Attacking police vehicles as a means of action fits in with anti-government demonstrations, says Van Stekelenburg. “What you then see happen, that the police are seen as an extension of the government, so the violence or that anger focuses on those emergency workers.”

Struijs sees this reflected in police officers. For example, he heard from officers that they had been hit with tractors. “They were really happy that reinforcements came.”

Van Stekelenburg has further evidence of mixing farmers with other anti-government groups. “I heard, for example, that fireworks were set off in the direction of the police. That is something I have not heard in relation to the farmers and we were part of the anti-corona protests.” She also sees symbolism that was used in previous demonstrations, such as a noose.

She sees that farmers, like other action groups, make full use of social media. “They organize and mobilize there.” Then there are actions in all kinds of places, which makes it difficult for the police to intervene. The large equipment that the farmers use also makes it complicated to act quickly.

In addition to the large equipment, the many places where there are actions and the tactics of the activists, there is another reason that the police are struggling to contain the protests. The shortage of staff. It is all hands on deck and that is not easy after a period with corona riots and later fan riots.

The intelligence services will run at full capacity, Struijs thinks, as will the police. Because according to the foreman of the Police Union, there is radicalization. This radicalization takes place through a targeted strategy. “There are always the keyboard terrorists who see that some farmers are very easy to stir up. They make smart use of that, by giving fake information and so on.”

Police chief Willem Woelders acknowledges that this increases the chance of escalation. The police will therefore try to collect as much information as possible in order to act. Aid from the army does not make it easier to get tractors off the highway, according to Woelders. They too can intervene only to a limited extent.