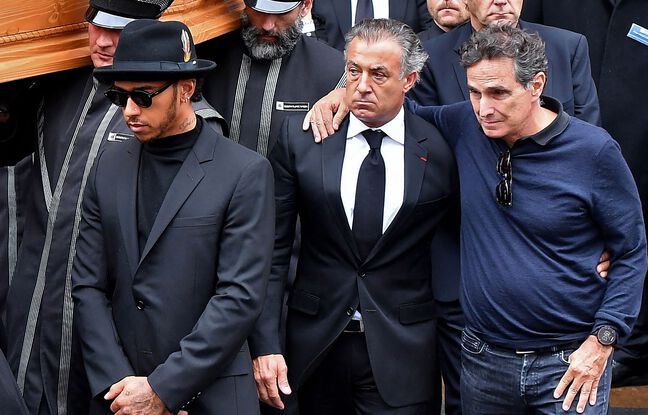 An apology accompanied by a little lesson in linguistics. This is how Nelson Piquet tried to get out of the controversy sparked by his remarks about Lewis Hamilton, against a background of racism. The Brazilian, three-time Formula 1 world champion, had called the Briton, seven times titled, a “little black” (“neguinho” in VO) in the video of an interview dating back to November 2021, but emerged in recent days.

“I apologize wholeheartedly to everyone who has been affected, including Lewis, who is an incredible pilot,” Piquet (69) said in a statement, “but the translation in some media now circulating on social media is not correct”.

“The little black guy put his car in and left it because there was no way for him to overtake [et d’avoir] two cars in this corner,” said the 60-year-old in this video interview with Motorsports.com. He was referring to the first lap of the 2021 British Grand Prix, where Max Verstappen (his daughter’s companion) ended violently in the wall, forcing him to retire.

“A synonym for ‘guy’ or ‘person'”, according to Piquet

On Wednesday, Piquet, an outspoken supporter of far-right Brazilian President Jair Bolsonaro, wanted to “clarify the stories circulating in the media”. “What I said was poorly thought out and I do not defend myself against it, but I want to clarify that the term used is a term that has been widely and historically used in the Brazilian Portuguese language as a synonym for “guy” or of “nobody” and that it was never intended to offend”, he assures.

“I would never use the word I was accused of in some translations. I strongly condemn any suggestion that I have used this word in order to demean a pilot because of his skin color,” adds the former pilot.

On Tuesday, Hamilton reacted: “These are more than words. These archaic mentalities must change and have no place in our sport”. Piquet’s remarks had also been widely condemned in the world of F1, by the International Automobile Federation (FIA), by Formula 1, the organizer of the World Championship, and by teams and other drivers.