Maxime Cochard, accused of rape, should be reinstated to the Council of Paris 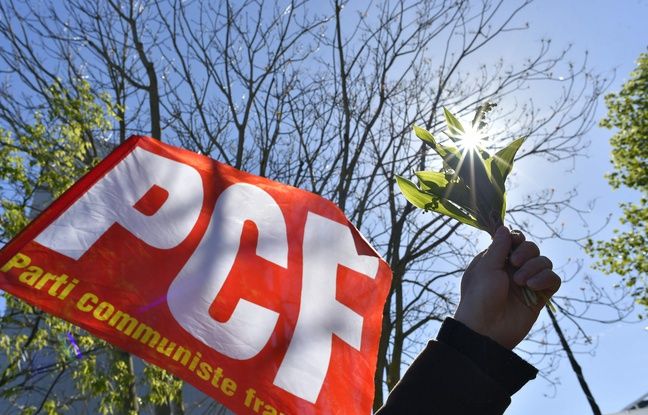 The Communist Party’s mediation body on Tuesday recommended the reinstatement of Parisian elected official Maxime Cochard after the dismissal of the investigation into the suicide of a student who accused him of rape and whose testimony had triggered the movement. #MeTooGay. “There is therefore no longer any criminal proceedings against the defendants. Nothing in our statutes opposes this reinstatement. They must therefore be,” recommends the National Commission for Mediation and Conflict Resolution of the PCF in an opinion of which AFP has a copy.

On January 21, 2021 on Twitter, Guillaume T., 20, accused of rape Maxime Cochard, then elected PCF to the Council of Paris, and the latter’s companion, Victor Laby, also a member of the PCF. The elected official disputed these accusations, which then sparked hundreds of other messages on sexual violence among homosexuals. The Communist Party had then asked Mr. Cochard and his companion “to withdraw from all their responsibilities of the PCF Paris”, and to Mr. Cochard to do the same vis-à-vis the Council of Paris.

On February 9, 2021, Guillaume T. was found dead, hanged in his room on the Nanterre campus (Hauts-de-Seine), leading to the filing of a “complaint against X for intentional violence resulting in death without intention to give it “. The investigation was closed without further action on May 3, 2022.

But until this classification, “Victor Laby and Maxime Cochard did not apply the request for withdrawal, thus creating a climate of division within the party”, and “made remarks, in particular on social networks, inadmissible” , deplores the mediation commission. “This period has fueled deep conflicts, accompanied by remarks as insulting as they are violent”, still deplores the commission, which invites the Parisian federation and the group of Parisian elected officials from the PCF to reinstate MM by the end of July. Laby and Cochard through a “dialogue process”.

“The opinion of the commission is only an opinion”

“We are going to comply with this decision and we want to fully respect it,” reacted Mr. Cochard, contacted by AFP. The elected Parisian and his companion say they want to “resume the course of (their) lives” after this “terrible ordeal”. “We need to have mediation” to succeed in this reintegration, reacted for his part Nicolas Bonnet-Oulaldj, leader of the elected communists at the Council of Paris, who warns Maxime Cochard about his “use of social networks”.

“The opinion of the commission is only an opinion”, reacted the secretary of the Paris federation, Adrien Tiberti, for whom reinstatement is “less obvious” because “there are still many questions about the behavior of the two involved. »