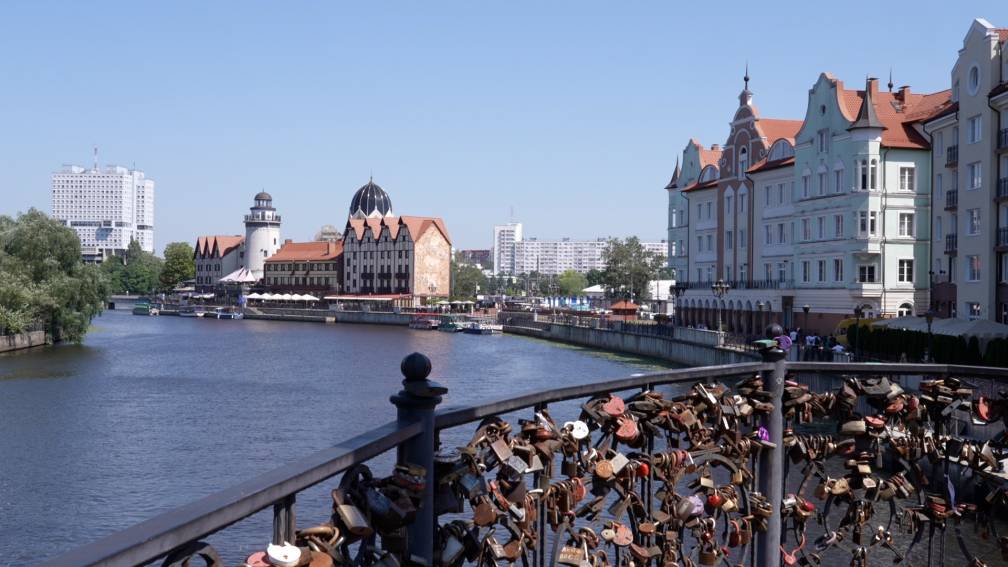 The westernmost part of Russia, Kaliningrad, can best be described as a special mix of faded German glory and Soviet high-rise buildings. The inhabitants of the former German Koningsbergen have Instagram photo shoots, eat an ice cream on the boulevard or take a boat trip. A stark contrast to what is happening at the political and military level in the exclave, which is surrounded on all sides by European countries.

Where Kaliningrad used to be the place for cooperation and friendship between the west and Russia, it has now become an isolated Russian military fortress against NATO.

In recent years, Russia has transformed the exclave into a veritable bastion, deploying heavy anti-aircraft defense systems and ballistic Iskander missiles, among other things. It is also the home port of the Russian Baltic fleet. NATO, in turn, has strengthened its military presence in the Baltic region with troops in Estonia, Latvia and Lithuania.

Add to that the tensions created by recent events: Russia’s so-called ‘special operation’ in Ukraine, sanctions and major deficits, the Lithuanian blockade of transit of sanctioned goods from Russia to Kaliningrad and Finland and Sweden joining NATO . All the ingredients for an escalation.

‘We feel protected by military equipment’

The Kaliningraders don’t seem to care about that. Kremlin propaganda has a lot of influence here too. “No, people don’t worry about tensions or anything,” says Lyudmila, who is married to a Russian war veteran and walks her dog.

“Okay, prices have gone up a bit and there are some shortages, but everything is good here. We will be able to travel to Europe again soon. We will just wait for Putin’s operation to be over, and stay positive.”

Vladimir, a sturdy man in a basketball jersey, also says that everything is calm. “We are not concerned with the countries around us or NATO. Moscow makes all the right decisions for us.” When I ask if it doesn’t bother people that there is so much military equipment in their region, he looks at me like I’m crazy. “That makes us feel more protected.”

“NATO is the enemy and is standing on the border with Kaliningrad any moment,” he begins. “Especially if Sweden and Finland join. That is a direct threat, especially for Kaliningrad. That means aggressive troops are closer to Russian territory.”

The Kremlin itself reacted somewhat lukewarm today to the news that Sweden and Finland are joining. The authorities in Moscow do not seem so concerned about Finland and Sweden, but see the enlargement as confirmation that NATO is becoming an increasingly “aggressive bloc” against Russia. That’s exactly what Putin didn’t want: more NATO sphere of influence towards Russia’s borders.

Russia has its own logic.

“Russia has its own logic,” is his reply. “It’s not so much about Sweden and Finland joining the alliance, but about NATO using those countries to place more military troops closer to Russia’s borders,” Nosovich continued.

In doing so, he emphasizes entirely in the Kremlin line that NATO is a military force, controlled by the United States, ie Western countries used to attack Russia.

There is only 1 man responsible for all the misery

Night falls back in town. Music is heard everywhere, tourists take selfies in front of the characteristic German alpine houses and for a moment it seems as if nobody really cares about all the tensions, the isolation or the struggle in Ukraine.

But at some point we speak to Mila. She is waiting for the bus in a green summer dress. “People do suffer here,” she says. “And not because the sausages have become more expensive, or because we can’t travel to Europe. But because our country is broken.”

According to Mila, people do not want to see that Russia and, to an even greater extent, Kaliningrad are heading for total decay and isolation. “People here blame the West, for the sanctions, for all the misery. But there is only one man responsible and that is the man who runs this country.”

Public protest is not possible, she says. “I went to a planned demonstration with a poster, but in the end I was the only one”. And that, she says, is exactly the problem.