Gerardo Morales: “The way is dialogue, don’t shout it…”

Gerardo Morales, governor of the province of Jujuy, did not like that President Alberto Fernández had canceled part of his agenda to visit Milagro Sala due to the deep vein thrombosis that has kept her hospitalized since last Monday.

This was made known today at noon, in the framework of the inauguration of Secondary School 48 in Alto Comedero, when during his speech he considered that it was “a lack of respect” for the people of Jujuy that the president had only traveled to make a “visit personal” to the leader of the Tupac Amaru.

“It hurts me that the President has been here making a personal visit and has not visited me. I was even waiting for him in my office. I share that it should be in this act. As long as the country does not break this culture of the crack and of governing for the factions, we are going to do badly as a people. And this has deepened today, ”Morales warned during his speech. 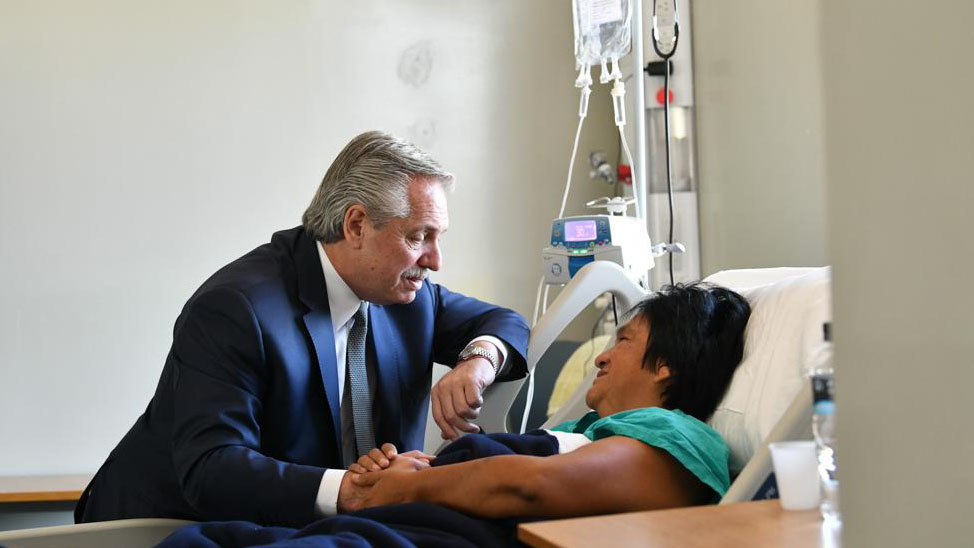 Immediately afterwards, the president of the Radical Civic Union (UCR) listed the actions of his management to achieve projects such as the one achieved with the opening of a new educational establishment in Alto Comedero. “For many who don’t know what we had to do here in Jujuy to achieve these projects, the first thing we had to do was establish democratic order and restore peace. More than a decade of violence and corruption, led by people who are imprisoned and who have to remain imprisoned,” Morales pointed out.

Visibly annoyed by President Fernández’s attitude, Governor Morales asked him “not to govern for one faction and to govern for the entire Argentine people.” And he added: “And that he has the tolerance that he comes to Jujuy, to a province governed by someone who thinks differently. It doesn’t matter if we think differently.”

“The way is the dialogue, not the crack. The path is tolerance, not this lack of respect, not for a governor, but for the province of Jujuy by the President of the Nation. I hope that he reflects and visits us and respects us as a people,” Morales stressed. 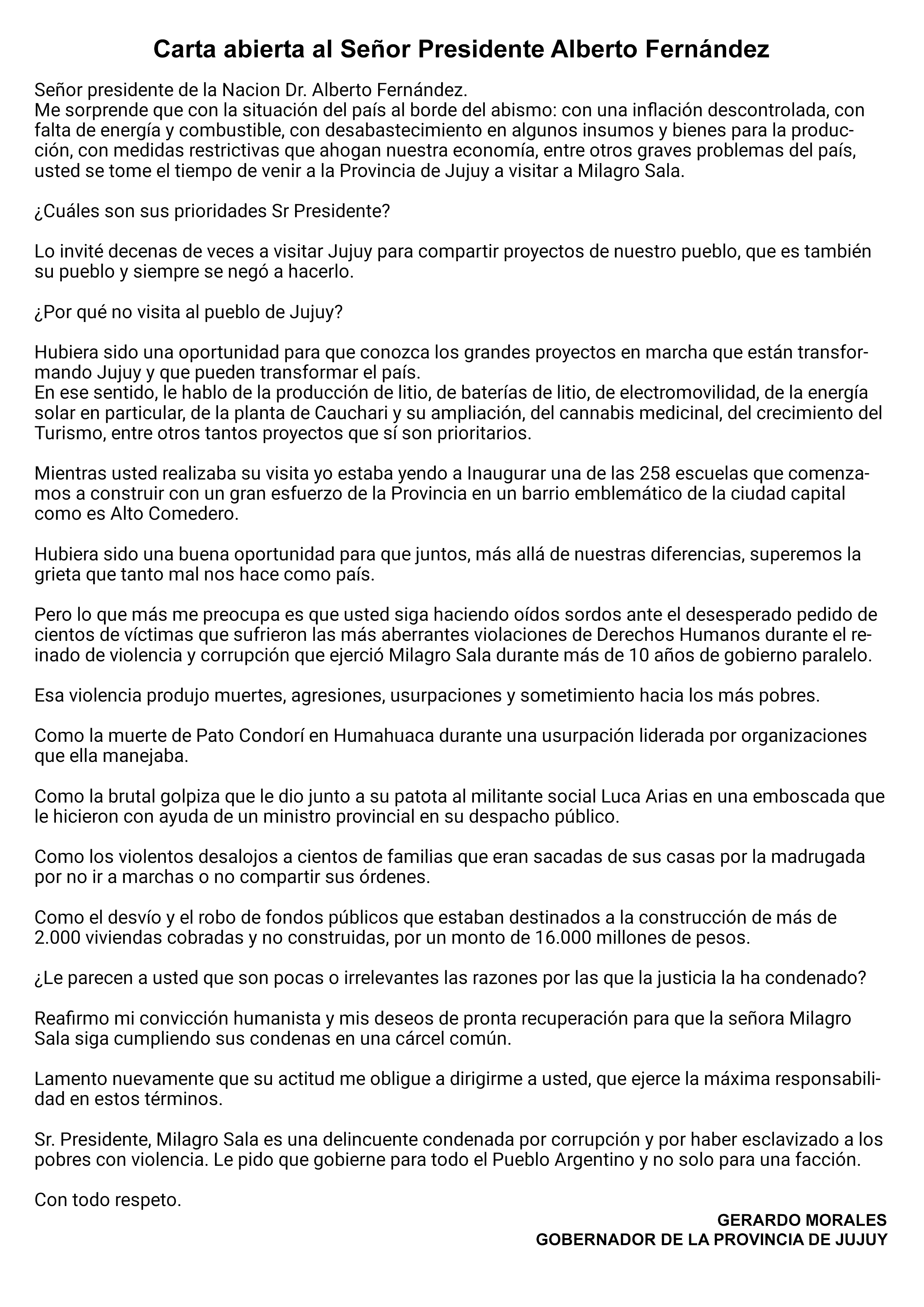 Appealing to his “humanistic conviction”, the president of Jujuy wished that Milagro Sala “recover his health” as soon as possible. Although faithful to his opposition to the social leader, he clarified: “That he improves, but so that he continues to serve the sentence that he has in a common prison.”

Morales’s evident anger arises from the visit that the President made today to Milagro Sala, who has been hospitalized since last Monday as a result of constant pain in her left leg. After being referred to the Los Lapachos clinic, in San Salvador de Jujuy, and undergoing rigorous examinations, it was determined that she suffers from deep vein thrombosis.

Later, the governor of Jujuy in which he highlighted: “Milagro Sala is a criminal convicted of corruption and for having violently enslaved the poor. She asks you to govern for the entire Argentine people and not just for one faction.”

“I ask the Court to start amending the scams,” Fernández requested the Jujuy courts and the Supreme Court after the meeting with Sala, during a press conference in which he described the social leader convicted of various crimes as a “political persecution”.

Statements by Alberto Fernández after the visit to Milagro Sala.

“I hope that the Jujuy courts take my criticism in the best way. Please, I urge you to review what you are doing, it is not a good model for the country. The same for the Supreme Court, which urgently resolves things that concern their interests, please give the same urgency to the Complaint resources presented by Milagro Sala”, he developed.

Sala, detained since January 16, 2016, has several convictions against him, some of which have already been appealed. Last year, the Court upheld a two-year prison sentence for threatening police officers. She, in turn, was also sentenced to 13 years in prison for the crime of illicit association for the diversion of 60 million pesos intended for cooperatives for the construction of social housing. Another is four years in prison for serious injuries against another social leader in the province in 2006. In addition, there are other investigations that have not yet been brought to oral and public trial.

After the floods, the situation should improve this Thursday