Farmers block A1 in Twente and protest at provincial houses 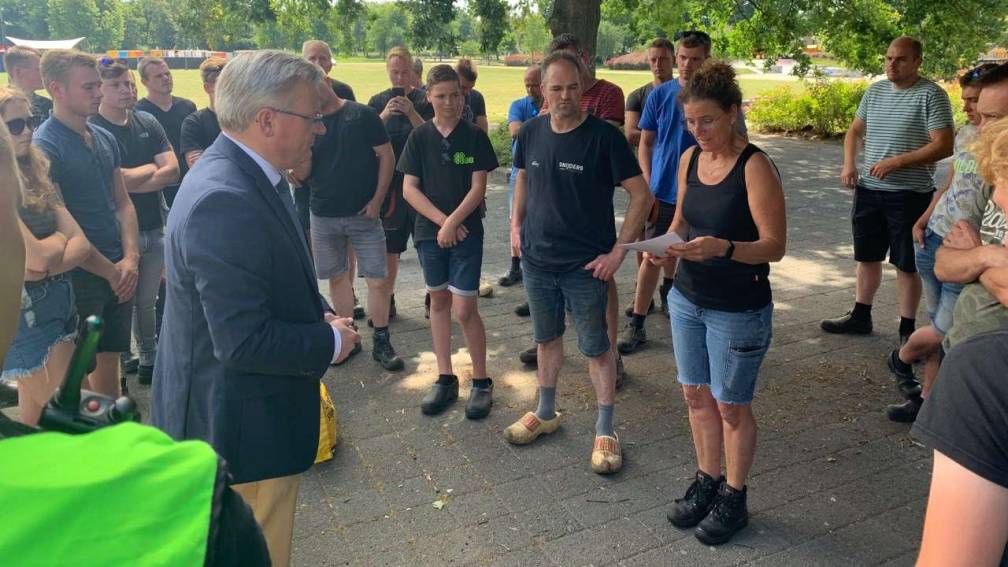 A group of farmers took to the road again around noon to demonstrate. More than a hundred tractors drove via the provincial ring road N342 near Oldenzaal in the direction of De Lutte. There they drove onto the A1 motorway to block it. Traffic from Germany has been blocked there since 13:30.

There are also campaigns in Zwolle. There are a few dozen farmers near the provincial government, reports RTV East† They were stopped there by the police. SGP deputy Gert Harm ten Bolscher came out to talk to the farmers. The outcome of that conversation is not yet known.

In Leeuwarden, too, dozens of farmers have gathered at the provincial government building. According to Omrop Fryslân there are about 200 who are on foot at the provincial government house, but they also have trucks and tractors with them. The police are present, but say they are looking at the situation: “We are in talks with the parties about what they are doing there.”

This morning, calls were again made on social media by farmers to take action again. The actions are directed against the government’s nitrogen plans. The actions resulted in violence in various places, including at the home of Minister Van der Wal and at Stroe.

The farmers have been at the provincial houses, even in recent days, because, according to the cabinet plan, the provinces must ensure that nitrogen emissions are reduced and that plans are fleshed out together with the farmers to achieve the goals.

Dozens of pike, carp and bream rescued from dry lake near Rhederlaag | NOW