“Enough of so many bullets!”: Marko Cortés demanded justice after shooting at a vaccination center in Puebla

A shooting in the state of Puebla shocked the public on the afternoon of last Tuesday, June 28. Armed subjects shot at a man who was in one of the COVID-19 vaccination centers in the entity, in which there were minors accompanied by his parents.

The balance of this armed attack was four people injured, including two minors, who are out of danger according to the Civil Protection authorities. The shooting occurred in the surroundings of the Francisco I. Madero neighborhood Health Center when girls and boys were lining up to receive the SARS-CoV-2 vaccine.

A video went viral on social networks showing the exact moment the detonations began. Immediately afterwards, it is possible to see how mothers, fathers, infants and health personnel who were in the place crouched down to avoid the impact of a projectile. 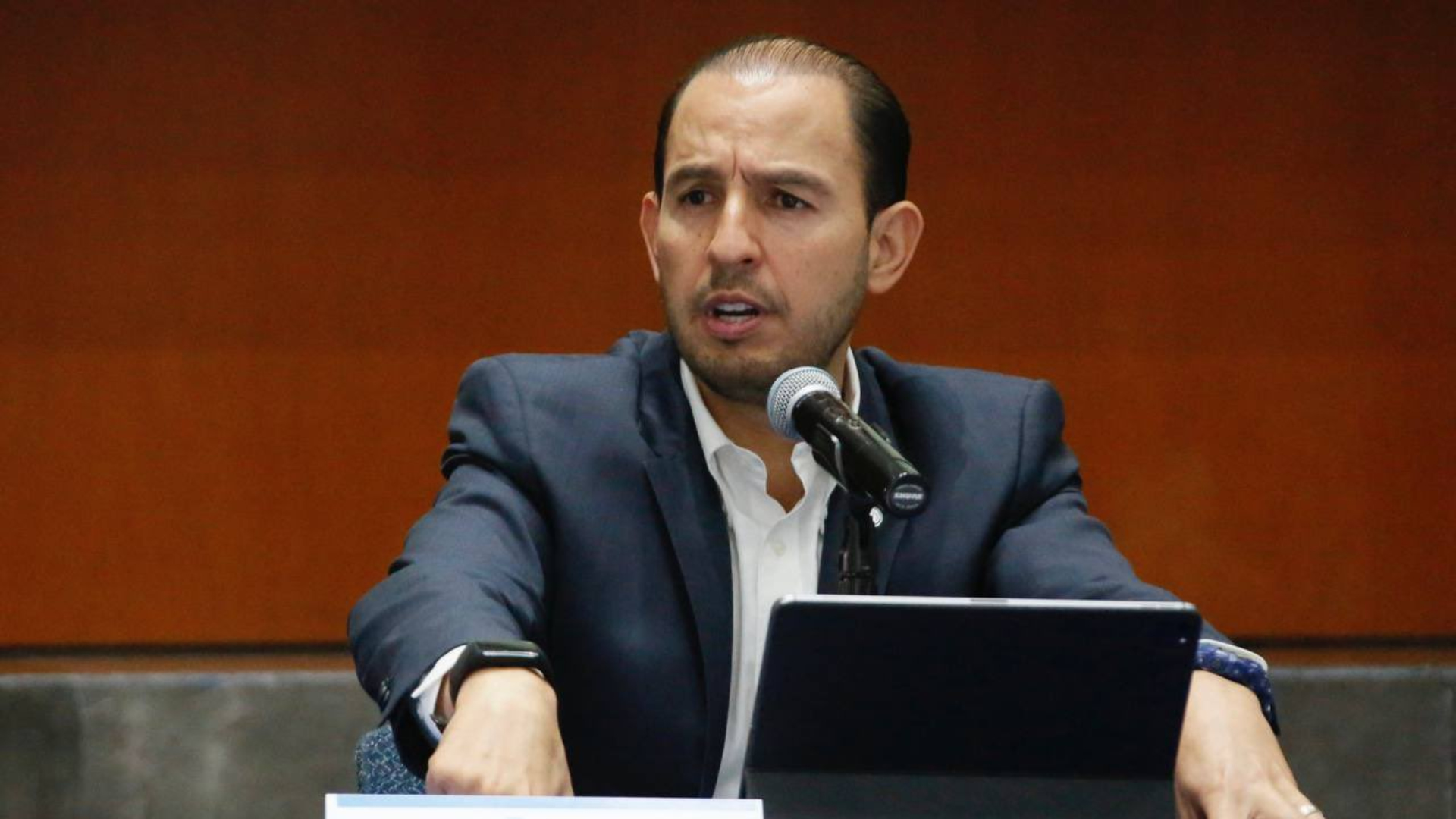 Some versions spread locally indicate that one of the injured persons, a man identified as Fernando Flores García, the fox, was the target of the attack perpetrated by alleged motorcycle assassins. According to preliminary reports, none of the other three victims had any connection to Flores García.

the foxAccording to the first reports, he had previously been prosecuted for murder, drug dealing and vehicle theft, among other crimes. After the attack, he was taken to a hospital to be operated on for the injuries caused by the shots.

This attack provoked various reactions throughout the national territory, especially by members of the opposition formed by the PRI-PAN-PRD, who took the opportunity to question the security policies of the federal government of Andrés Manuel López Obrador.

Marko Cortés, president of the National Action Party (PAN) issued a message on his personal Twitter account to condemn the armed attack and assured that a strategy is necessary to give the Mexican population peace of mind. 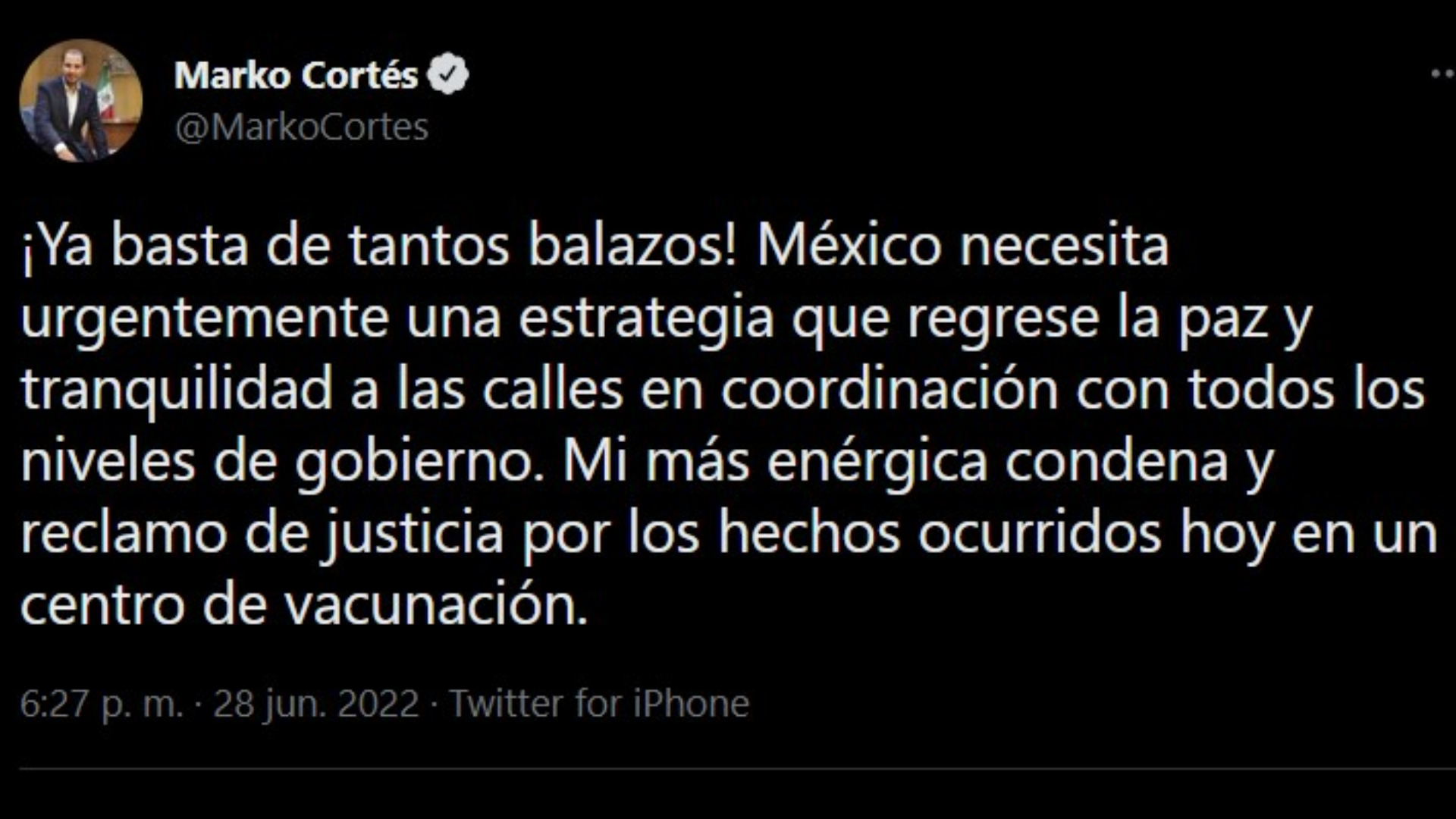 “Enough of so many bullets! Mexico urgently needs a strategy that returns peace and tranquility to the streets in coordination with all levels of government. My strongest condemnation and demand for justice for the events that occurred today in a vaccination center, ”wrote the leader of the blue and white party.

On the other hand, Senator Lilly Téllez from Sonora, also from the PAN, lashed out at President López Obrador for his lack of immediate statement on the facts and assured that violence will not be tolerated in the next federal administration.

“What anger and what sadness the shooting against children in Puebla! And AMLO silent. In the next administration there will be a strong hand and zero tolerance for violence. At the first minute of the new government, Morena’s pact with the mafias will be broken. There will be no mercy for these monsters,” the legislator said on Twitter. 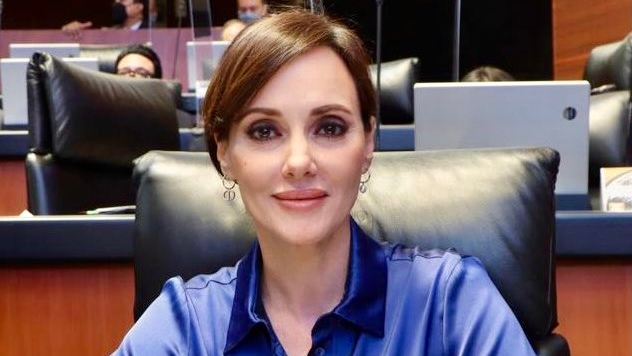 From the trench of the Institutional Revolutionary Party (PRI) criticism against AMLO also rained down after the shooting. Alejandro ‘Alito’ Moreno, national leader of the tricolor party, took the opportunity to attack López Obrador’s party and described it as a disgrace for the country.

“I refuse to accept a Mexico in which violence is normalized! Now a shooting at a Health Center in Puebla, where dozens of minors accompanied by their parents were waiting to be vaccinated against COVID. Morena’s ineptitude is a disgrace for Mexico,” said the PRI president.

It should be noted that, so far, neither Miguel Barbosa (governor of the state of Puebla) nor Eduardo Rivera Pérez (municipal president of Puebla) have issued statements regarding the attack that left 4 injured at the vaccination center in the Francisco I. Madero neighborhood. .

Fofo Márquez: With a song by Cantinflas, the tiktoker mocks that they put him to sweep in Guadalajara (VIDEO)

Claiming damage at Schiphol? You should pay attention to this