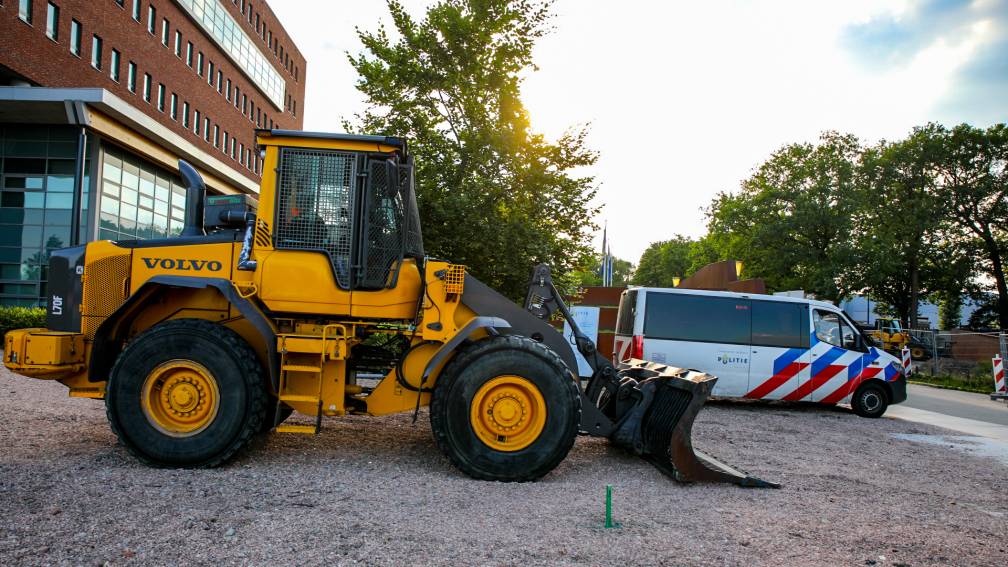 Mayor Heerts van Apeldoorn has issued an emergency ordinance for fear of a liberation action by farmers. There are calls on social media to bring as many farmers as possible to the police station in Apeldoorn, with the aim of liberating the farmers who are trapped there. There are many police vehicles, officers and a shovel around the police station.

Mayor Heerts says that demonstrating is a fundamental right. “As long as it remains within the limits of the law, a lot is possible within Apeldoorn. Blocking roads and (threats) of disruption of public order and safety are not allowed.”

Earlier today, the municipality of Harderwijk announced an emergency ordinance around the home of Minister Van der Wal. The reason is the actions around the minister’s house last night, in which farmers broke through a police blockade.

According to the municipality of Harderwijk, “the limits of public order and safety have been trampled underfoot”. The emergency ordinance applies for a week. During that period, the police may search people preventively. People who have no business in the area may also be turned away.

Protests on highways, at provinces

Earlier today there were several farmer actions on highways and at provincial houses. On the A37 from Emmen to Hoogeveen, tractors blocked the road for some time. This also happened on the A1 in the east of the country, at Oldenzaal and at Enter.

There were also actions by farmers at the provincial houses in Lelystad, Zwolle and Leeuwarden. The provinces are responsible for developing the policy that should lead to a reduction in nitrogen emissions. Farmers asked provincial administrators to sign statements of support, which were refused. However, deputies did enter into talks with farmers.

Tractors and other vehicles briefly blocked the road on the A37:

Farmers block A1 with tractors

King Willem-Alexander said during his state visit to Austria that “violence and intimidation cannot be the solution to the problem”. “Ultimately, we have to come back to the table, enter into a dialogue and solve the problem together,” he told journalists who traveled with him.

According to the king, it is not ‘us versus them’. “The farmers are part of our cultural heritage, part of the Netherlands. And that is why we must also look to the future together. We cannot put them away as one group.” He did point out, however, that a solution to the nitrogen problem will have to be found. “That is only possible if we enter into a dialogue.”